Accessibility links
Review: 'Dark Night Of The Soul' By Danger Mouse And Sparklehorse With David Lynch Though it's already made its way to the Internet, one of the year's most talked-about albums may never be officially released. The questions keeping Dark Night of the Soul from coming out are as mysterious as the music. The Danger Mouse and Sparklehorse project with David Lynch is the perfect marriage of joy and sorrow.

Hear The Entire 'Dark Night Of The Soul' Album 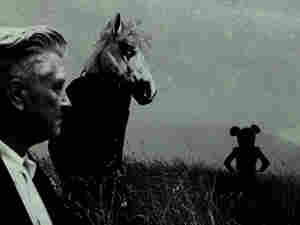 David Lynch, Sparklehorse and Danger Mouse collaborated on Dark Night of the Soul, an album that may never officially be released. hide caption 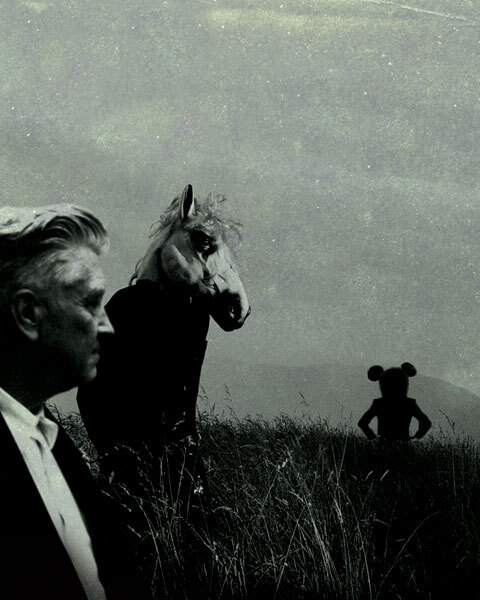 David Lynch, Sparklehorse and Danger Mouse collaborated on Dark Night of the Soul, an album that may never officially be released.

One of the year's most talked-about and closely guarded albums may never be released. The questions keeping Dark Night of the Soul from coming out are as mysterious as the music.

The producer and multi-instrumentalist Danger Mouse and Mark Linkous (also known as Sparklehorse) are two of the most inspired and imaginative artists making music today. Together, they've crafted a masterpiece of both style and substance. To be sure, the music is often strange and gloomy. There's pain and madness. But Blue Velvet director David Lynch is involved, so what do you expect?

But even with a name like Dark Night of the Soul, the album has uplifting moments, with catchy pop and rock hooks. It's richly orchestrated, with layers of ambient sounds, infectious rhythms and singalong harmonies. It's the perfect marriage of joy and sorrow.

Danger Mouse and Sparklehorse wrote the songs on the album. But they got a bunch of other musicians to sing the tracks, like Iggy Pop, James Mercer of The Shins, Vic Chesnutt and Jason Lytle of Grandaddy.

And don't forget Lynch. Danger Mouse says he'd always wanted to work with the director, so he asked the filmmaker to make a book of surreal photos inspired by the music. The images show distorted human figures and scenes of suggested violence, like a gun lying on a table. Lynch also actually sings on the album.

Dark Night of the Soul is poised to be one of the year's most memorable records. But don't rush out to buy it any time soon. Danger Mouse says he can't release the album because of an unspecified dispute with EMI Records. EMI's representatives have acknowledged the dispute, but offered no specifics. They've released a statement saying "Danger Mouse is a brilliant, talented artist for whom we have enormous respect. We continue to make every effort to resolve this situation and we are talking to Brian Burton (Danger Mouse) directly. Meanwhile, we need to reserve our rights." Danger Mouse says he plans to release the book of David Lynch photos, with a blank, recordable CD. The disc will be labeled, "For legal reasons, enclosed CD contains no music. Use it as you will."

While the official release remains unclear, Dark Night of the Soul has already made its way to the Internet. Various sites started leaking songs online last week, and you can hear the complete album -- with permission from the artist -- here. Dark Night of the Soul is a beautifully produced record with a remarkable cast of musicians behind it. Listen while you can.