Accessibility links
Memorial Day Miracle At 'The Wall' After his son was killed in Iraq four years ago, Allen Hoe decided to spend Memorial Day at the Vietnam Memorial in Washington, D.C. He was not expecting to meet the nurse who tried to save his son's life. 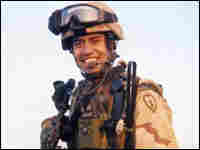 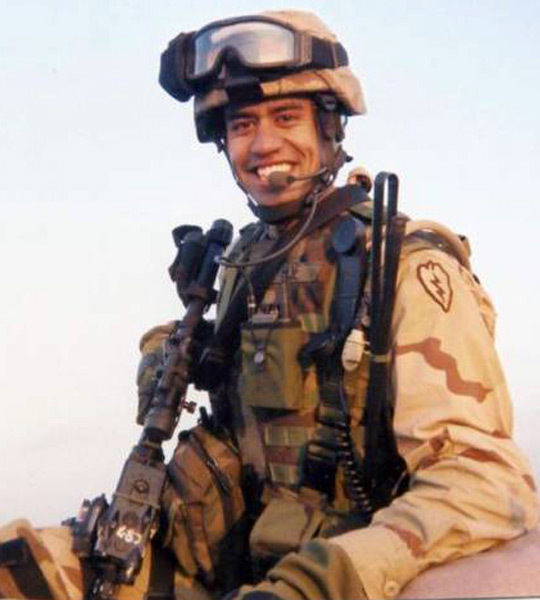 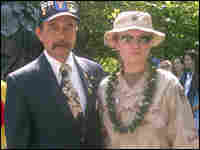 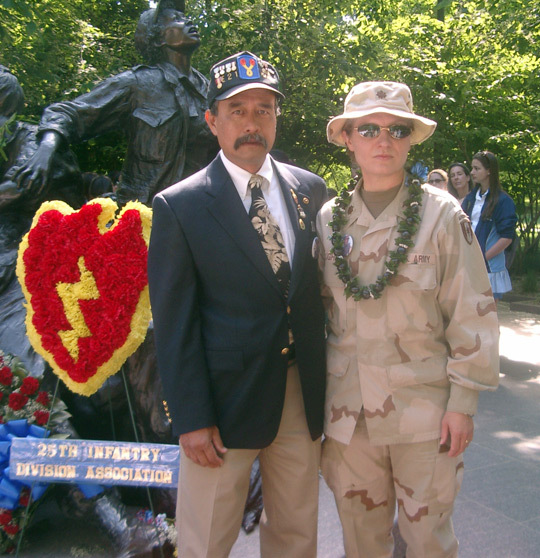 On Memorial Day that year, Allen traveled to Washington, D.C., from his home in Honolulu for services being held at the Vietnam Veterans Memorial, often referred to as "the wall." Army nurses returning home from the war were being honored there that day.

"I thought it would be great to welcome these young trauma nurses with some special Hawaiian leis," Hoe says.

When he saw Maj. Paula Couglin walking up the path he said, "Here, this is a special gift from me to you."

Couglin lowered her head so Allen could place the lei on her and saw a button Allen had pinned to his chest. She put her finger on it and said, "I know him."

"How do you know him? He was my son," Hoe recalls saying.

"I was the trauma nurse at the crash unit where he died," Couglin said. "I will never forget that face." The two hugged and Couglin cried.

Allen could tell that Couglin was tense. "I want you to know that my son was a warrior," he told her. "He absolutely recognized all of the risks that were involved."

Couglin decided to tell Hoe something that had been bothering her. It was her job to prepare his son's body for a last viewing, but she couldn't get his eyes to close.

"My son would sleep with his eyes partially open," he told her. "His men ... were never certain what they could do when the lieutenant was sleeping, because they never knew if he was sleeping or if he was just awake watching what they were doing."

Reflecting on the chance encounter, Hoe says, "It was one of those miracles at the wall. It was absolutely remarkable."