Accessibility links
New Technology Recaptures Pianists of the Past Decades of amazing musical performances are hidden behind the limits of audio technology at the time they were recorded. Now, a new technology re-performs and records classics by Glenn Gould, Alfred Cortot and Art Tatum.

Listen
New Technology Recaptures Pianists of the Past 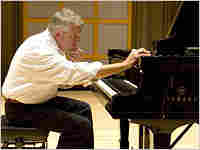 Hear the original recordings and the new re-performed versions. 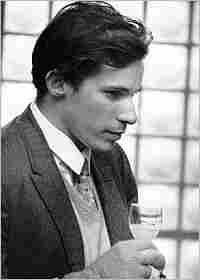 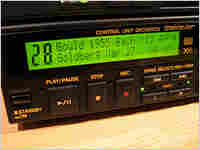 Pianist Glenn Gould's classic 1955 recording of Bach's Goldberg Variations has never been out of print. Yet this week, Sony Classical will release a brand-new recording of it.

Its actually a recording of a "re-performance" of the music, designed by a North Carolina software company called Zenph.

The idea is simple: Old recordings sound old. Decades of amazing musical performances are hidden behind the limits of audio technology at the time they were recorded.

The Zenph "re-performance" process isn't a remastering -- that is, trying to fix an existing recording with equalization or noise reduction. Instead, it's a new recording of a performance that scientifically matches the earlier one. Zenph uses a Yamaha Disklavier Pro, an actual acoustic piano that can, with a computer's help, play back with microscopically accurate timing and sensitivity.

Zenph used the opening of Glenn Gould's famous 1955 Goldberg Variations as their "before-and-after" demo, a calling card that instantly got across to potential investors what they were doing.

We did a sales call at Sony, and met with the president of Sony Music," says Zenph president John Q. Walker, recalling a meeting with Sony Classical, which owns the masters for the original 1955 recording. "He took our demo CD, listened to it for three minutes, and said Lets do albums.

The Glenn Gould estate also was enthusiastic. Gould himself stopped giving live concert performances early in his career, in part so he could edit together perfect takes in the recording studio, back in the days of tape and splicing.

Zenph's new process of capturing a performance is incredibly complex because, in order to play back a piece of music, they need to make the jump from the audio that we hear to performance data. Its sort of like the way scanners with optical character recognition can turn a picture of a document into a word-processing file you can edit.

First, they save the original recording to the computer as a sound file, then the software can begin its analysis. It tracks exactly when each note was hit, how loudly, with what kind of attack, and when and how it was released. Add to that the complexity of what a note does in the air after it's played, interacting with the room's acoustics and other notes around it.

Then there are the philosophical and ethical questions. Do you correct mistakes?

Were able to actually clean out some of the wrong notes that Gould played, says Anatoly Larkin, a performance analyst with Zenph. But we dont do that because our job is to, first of all, present the accurate artistic statement.

Colin Eatock is a Canadian music critic who was present when the Zenph team offered a concert performance of the complete Goldbergs in Toronto in September. He says that for all its cutting-edge technology, the Zenph re-performances are pointing classical music, yet again, into the past.

I'm not sure that this is what a healthy musical culture does, Eatock says. I mean, the past should be respected and remembered, but a culture that becomes so completely fixated on the past and reproducing the past is, I think, in trouble.

But the Zenph team sees what they're doing as bringing "value to the vaults" of troubled record companies by making older performances more accessible to audiences who are resistant to the sound of scratchy recordings.

Zenph will be turning to jazz next, with a recording of re-performances' of Art Tatum, including a live concert performance they hope to re-create, with no one at the piano, at Shrine Auditorium in Los Angeles.