Accessibility links
Booker T. Jones: New Attitude, Same B-3 Booker T. Jones is a master of the Hammond B-3 organ. During the '60s, he and The MGs were the house band for Stax Records in Memphis. Now, Jones is back with his first solo album in 20 years, with a remarkable backing band in tow: Drive-By Truckers, with help from Neil Young. 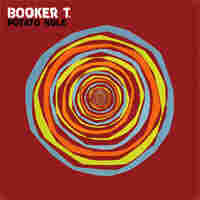 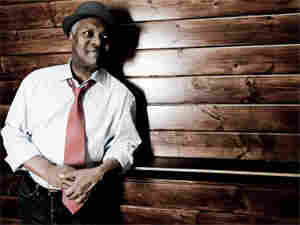 Booker T. Jones is a master of the Hammond B-3 organ. During the '60s, he and The MGs were the house band for Stax Records in Memphis. They provided back-up for Otis Redding, Sam & Dave, Wilson Pickett, Albert King and a host of other stars. Booker T. & The MGs had their own hit, "Green Onions," which is still widely played today.

Jones was inducted into the Rock and Roll Hall of Fame in 1992, and received a Grammy Lifetime Achievement Award in 2007. His first solo album in 20 years is Potato Hole, backed by members of Drive-By Truckers and Neil Young.

What exactly is a "potato hole," Liane Hansen asks?

"The term comes from slavery days, when slaves had to dig holes in the earthen floors of their cabins," Jones says. "It was the only place they had to keep food cool — and, in some cases, to hide it and store it."

Jones says Potato Hole is where he keeps his "cool, funky stuff."

"Native New Yorker" certainly sounds like a Young tune. Jones says that, when he worked with Young in the '90s, he admired Young's big guitar sound, and that's what he tried to replicate on Potato Hole. But the song wasn't written for Young. Instead, it's a picture of New York City, perhaps of an "air-guitar player playing some 80th-floor apartment."

Jones says that the new album captures a "new-old sound" — motivated, in part, by the attitude of his backing band, Drive-By Truckers.

"I'm learning from the younger people," he says.

Booker T. Jones: Onions, Potatoes, Other Essentials May 1, 2009
Masters of the Groove Get Loose and Propulsive June 20, 2007