Accessibility links
Marin Alsop On Composer Jennifer Higdon Marin Alsop says she can't remember the first time she met composer Jennifer Higdon, and both simply believe they've always known each other. Oddly, the two women have never had a conversation about gender in the classical-music world — that is, until now. Higdon's Violin Concerto is set to be performed by Hilary Hahn next month. 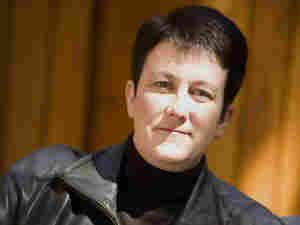 In her life as well as her music, Jennifer Higdon composes pieces that are direct, immediate and visceral. Courtesy of the artist hide caption

When I recently asked American composer Jennifer Higdon whether she could remember the first time we met (since I couldn't), she was at a loss. We both agreed that it simply felt as though we had always known each other and always worked together.

One would think that a female conductor and a female composer (two rarities in our industry) would have nothing but endless discussions about the state of gender in classical music. However, the interview Jennifer and I did with NPR's Scott Simon was the first time we'd talked seriously about women in the music industry. I think we did so only because we expected others to be curious about it.

I don't try to dodge questions like, "Why are there so few women conducting major orchestras?" and "Why don't we hear more music by women performed by those orchestras?" Neither does Jennifer. But our similar approaches to these questions are a large part of why we hit it off so easily.

Neither of us seems to have definitive answers, and we haven't thought about it very much while building our careers. That's not to say that we haven't both examined the issue, especially in our positions as mentors to the next generation of women coming up through the ranks. But our healthy lack of focus on the issue, which is in many ways irrelevant to our essence as artists, seems to bind us.

I first began conducting Jennifer's music at the Cabrillo Music Festival in Santa Cruz, Calif., where I am now in my 17th year as music director. Cabrillo is an artistic oasis for me. We are dedicated solely to new music and to offering an in-depth, accessible, inspired artistic experience for every single person who performs, attends, passes by or merely breathes the nearby air.

Jennifer's entire approach to music and composition fit into this philosophy beautifully. Her music is evocative and understandable. Her willingness to communicate with audiences and her openness to musicians' comments is extremely refreshing.

Over the past 10 years or so, I have programmed many of her compositions: Fanfare Ritmico, a short study in rhythm and orchestration and a great concert opener; blue cathedral, probably her most performed work, with its brilliant ending in which the musicians are asked to play Chinese health bells; Concerto for Orchestra, a major work that brought Jennifer into the mainstream of serious composers; Soprano Sax Concerto, a lyrical and poignant essay for sax and orchestra that we premiered; and the Percussion Concerto, with the London Philharmonic and percussionist Colin Currie, resulting in concerts and a recording.

In this concerto, you can hear the essential qualities about Jennifer as a composer and person — the music is direct, immediate and visceral with clear direction and shape, just some of the qualities that also define her as an "American" composer.

We were talking recently about what determines an "American" sound, and Jennifer said that her combination of melody and rhythm reflect our spoken language. It was a new idea for me that rings true as I listen to her music. "Accessible" is often a dirty word in the world of art, but Jennifer embraces the concept and explains that a major priority for her is to give listeners a sense of grounding and a feel for where they are in her compositions. She is far less concerned with formality and technique than she is with the final test of a piece: how it sounds.

Next month, Jennifer and I will continue our adventures together as friends and musicians, when we collaborate with violinist Hilary Hahn and my wonderful Baltimore Symphony Orchestra.