Accessibility links
To Do: Get A Job This year more than other years, a college degree is no guarantee of a job. Commentator Emma Jacobs of Youth Radio graduated last week from Columbia University with a history degree but without a job. 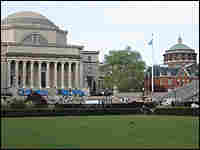 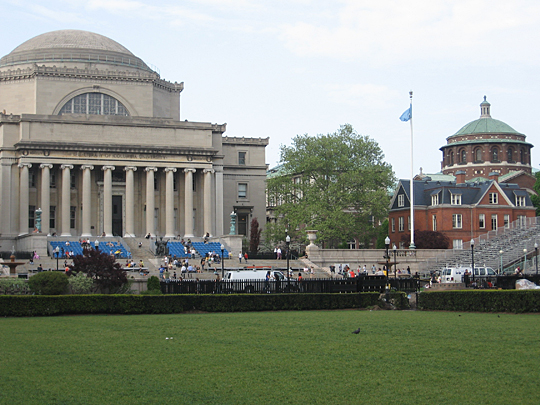 Even graduating from Columbia University doesn't guarantee a job. 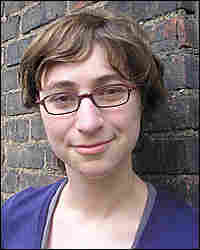 My job search began nearly four months ago. I've sent out dozens of cover letters and applications, mainly for jobs without pre-requisites. A history major like me doesn't come with many specialized skills besides research. These days, it's difficult to convince people to take a chance on an entry-level hire.

I've landed a handful of interviews, but still no job. There was one week when I got three rejections. It felt like I'd hit a brick wall. I'm scared of having nothing to do after working non-stop for four years. I'm not questioning my abilities, but I have been questioning my choices, knowing students with engineering degrees are still finding jobs. And many of the positions I am equipped to fill are disappearing.

Alex Kaz is another new graduate without a job. He majored in physics and has been applying for teaching jobs like Teach for America which usually hires recent graduates. Not this year.

"We had the one day interviews and that's when everyone comes in," Kaz says. "A lot of people were former bankers, lawyers, attorneys, etc. You could see that clearly this was not their first career choice. And many worked on Wall Street for x number of years, or worked at a law firm, marketing or whatever. And they were sitting amongst us in a program originally geared towards people leaving college and trying to get them to get into the classroom."

Now Kaz is feeling a bit lost. So am I. After all our hard work, it's difficult to face the reality of a big blank space now that we've finally graduated. I'm not devastated but I'm exhausted. Before graduation, my father kept asking if he should bring the car to take my things back to Boston. I wasn't sure how to answer. If I found a job, I wouldn't have to move home. So I just said, I don't know.

At least I can commiserate with my friend Avigail Oren about our job searches. We give each other pep talks. At this stage of the game, it's all about shifting our expectations.

"I would hate to say that I would take any job," Oren says. "I've definitely had to rethink. I started out looking for jobs that paid $30,000 to $40,000 and now I'm looking definitely from 20 to 30 (thousand). And I would say it's been difficult hurry up and waiting. 'Oh! We want to get you in for an interview right away! Right away!' You hustle in. Two weeks later, you're sending a follow up email saying: 'Are you still alive? Hello?'"

I've been there. At one small nonprofit, the hiring manager told me up front that other applicants had master's degrees and years of work experience.

"Ultimately I am a new entry into the job market," Oren says. "Despite all my unpaid internship experience, despite all of my volunteer work and activities. I've never gone into an office at 9 o'clock and walked out at 5."

And for us, it may be a while longer until the 9 to 5 job materializes. I finally decided to take another unpaid internship and stay in New York for as long as I can afford it. I'll have to get temp jobs to pay the rent. But at least when my father asks about my plans, I can tell him not to bring the car.

Emma Jacobs graduated from Columbia University last week with a degree in History. Her story was produced by Youth Radio.