Accessibility links
Face-Off Over 'Fracking': Water Battle Brews On Hill Environmentalists and the natural gas industry are getting ready for a battle in Congress over "fracking," which involves injecting water and chemicals underground to pry out gas. Environmentalists want the federal government to regulate the practice because, in some cases, fracking may be harming nearby water wells. 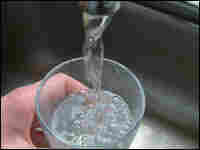 An exemption for "hydraulic fracturing" under the Safe Drinking Water Act leaves regulation up to the states. iStockphoto.com hide caption 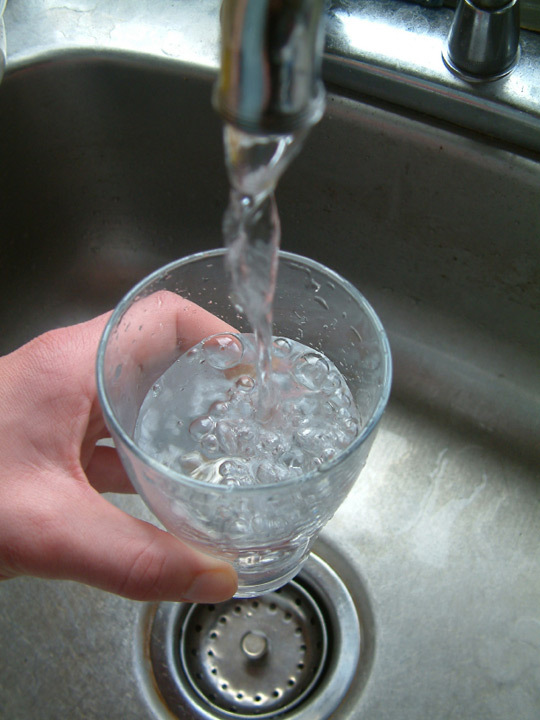 An exemption for "hydraulic fracturing" under the Safe Drinking Water Act leaves regulation up to the states.

Environmentalists and the natural gas industry are getting ready for a battle in Congress over something known as "hydraulic fracturing."

"Fracking," as the industry calls it, involves injecting a million gallons or more of water and chemicals deep underground to pry out gas that's locked away in tight spaces.

Environmentalists want the federal government to regulate the practice because, in some cases, fracking may be harming nearby water wells. The industry says regulation should be left up to the states.

Hydraulic fracturing allows drillers to dramatically increase production. The chemicals pumped underground with the water help drillers bore through the hard rock. The pressure used is tremendous — about 300 times a typical garden hose. That creates small cracks in the rock that allow gas to escape.

Steve Harris believes that pressure also ruined his well. He lives on 14 acres south of Dallas. Shortly after a driller fracked a nearby well, he and his neighbors noticed a change in water pressure.

"When you'd flush the toilet — in the back where the bowl is — water would shoot out the top of the bowl," says Harris.

When he took a shower, there was a foul odor, and the water left rashes on his grandson's skin. His horses stopped drinking from their trough, and there was an oily film on top of the water.

Similar stories are popping up around the country. In Ohio, a couple's house blew up when gas from their water well filled their basement. A woman in Colorado blames her health problems on the chemicals used for fracking.

For the most part, people nearby don't even know what chemicals are being injected into the ground — companies don't have to report that.

Theo Colborn, who founded The Endocrine Disruption Exchange, based in Paonia, Colo., has spent years trying to figure out what chemicals the industry is using, with some success. She says removing the exemption fracking has been given from the Safe Drinking Water Act would bring some much-needed light to the industry.

"Believe me, we have a lot of good people within our federal agencies that would love to be working on this issue and addressing it. And they can't — it's hands-off right now," says Colborn.

Generally, the Environmental Protection Agency regulates anything that could affect underground drinking water supplies. But in 2005, the industry successfully lobbied for the exemption for fracking from the Safe Drinking Water Act. That leaves regulation up to the states, which don't have the kind of resources the EPA does.

"We have no evidence that hydraulic fracturing is causing problems," says Lee Fuller, vice president of government relations for the Independent Petroleum Association of America. Without evidence of problems, he says there's no reason to pile on more regulation.

"I think people need to have more faith in the regulatory agencies that are watching it very closely and their ability to respond to issues if they arise," says Fuller.

Gwen Lachelt of the Oil and Gas Accountability Project says that politically, now is the time for those on her side of this issue to move.

"We have a different presidential administration. We have new regions of the country that are now experiencing oil and gas development," says Lachelt. "New York City is a case in point. ... Companies are wanting to drill natural gas wells in New York City's drinking watershed."

Several City Council members have expressed concern over that idea, and there's been talk of finding a way to ban drilling in that region.

But the natural gas industry argues that more regulation will push up prices. To be sure, hydraulic fracturing is, in part, responsible for the low natural gas prices consumers are paying now.

"Let's prove to everybody what we're saying — that's there's absolutely no danger — but let's do it in a rigorous way we can defend," says Thyne.

Thyne says the industry also could agree to stop using harmful chemicals in the process. Already, several of the largest drillers have agreed to stop using diesel, which can poison groundwater with benzene.