Accessibility links
James Patterson On Writing All Those Books The claim is this: that nobody has his name on more books than James Patterson. If you've read a best-seller list or visited an airport bookstore, you've probably run across his name. 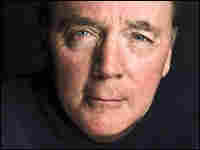 James Patterson says his involvement in research depends on the subject that needs investigation. He is more than happy to conduct research in Hawaii — less so when the setting is an urban crack house. Deborah Feingold hide caption 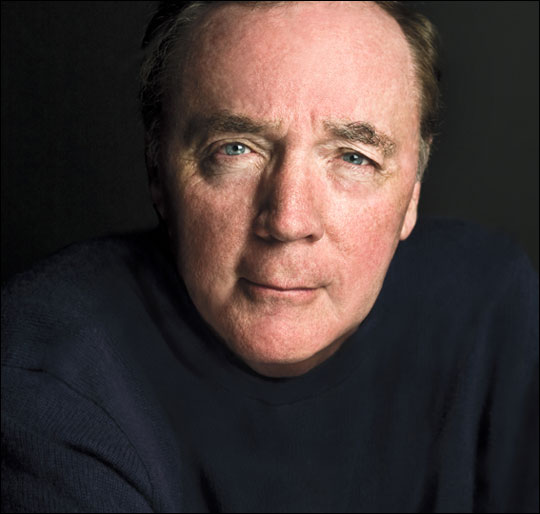 James Patterson says his involvement in research depends on the subject that needs investigation. He is more than happy to conduct research in Hawaii — less so when the setting is an urban crack house.

The claim is this: that nobody has his name on more books than James Patterson. If you've read a best-seller list or visited an airport bookstore, you've probably run across his name.

This year, Patterson will release nine books, including his latest, Swimsuit. And, as the author tells Michele Norris, he still has more manuscripts in reserve.

"There are, right now, 29 manuscripts sitting there [in my office] in some degree of completion," says Patterson. "It's a lot of material, a lot of stories."

To turn out so many books, Patterson works with a handful of co-writers. Typically, Patterson will research a subject and create an extensive outline, which he then hands off to a co-writer. After he gets back a first draft, he'll do anywhere from two to nine additional drafts until he is satisfied with the finished work.

He admits that the process is a little unusual in the world of publishing, but he adds that "almost all TV shows ... are done by teams of writers. It's not as unusual as people think it is."

Patterson, who writes in longhand and has an assistant type his manuscripts, says that he is able to work anywhere — even when he's on the road. "I literally can sit down anywhere. I'll just sit among the passengers in the airport lounge and I'll be scribbling." 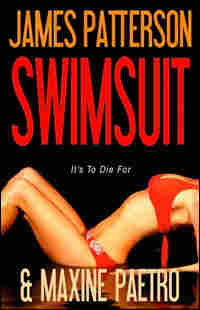 I know things I don't want to know.

A true psychopathic killer is nothing like your everyday garden-variety murderer. Not like a hold-up guy who panics and unloads his gun into a hapless liquor store clerk, or a man who bursts into his stock broker's office and blows his head off, and he's not like a husband who strangles his wife over a real or imagined affair.

Psychopaths aren't motivated by love or fear or rage or hatred. They don't feel those emotions.

They don't feel anything at all. Trust me on that one.

Gacy, Bundy, Dahmer, BTK and the other all-stars in the twisted killer league were detached, driven by sexual pleasure and the thrill of the kill. If you thought you saw remorse in Ted Bundy's eye after he'd confessed to killing thirty young women, it was in your own mind, because what distinguishes a psychopath from all other killers is that they don't care at all. Not about their victims' lives. Not about their deaths.

But, psychopaths can pretend to care. They mimic human emotion to pass among us and to lure their prey. Closer and closer. And after they've killed, it's on to the next new and better thrill, with no boundaries, no taboos, no holds barred.

I've been told that it's "distracting" to be so consumed by appetite, and so psychopaths screw up.

Sometimes, they make a mistake.

You may remember back to the spring of 2007 when swimsuit model, Kim McDaniels was abducted from a sandy beach in Hawaii. No ransom demand was ever made. The local cops were slow, arrogant and clueless and there were no witnesses or informants who had any idea who had kidnapped that beautiful and talented young woman.

At that time, I was an ex-cop turned mystery writer, but since my last book had gone almost straight from the shipping carton to the remainder racks, I was a third-strike novelist doing the next best thing to writing pulp fiction.

I was reporting crime for the L.A. Times, which, on the upside, was how the novelist Michael Connelly got his start toward fame and success.

I was at my desk on the Friday night, twenty-four hours after Kim went missing. I was filing yet another routinely tragic story of a drive-by fatality when my editor, Daniel Aronstein, leaned into my cube, said "Catch," and tossed me a ticket to Maui.

I was almost forty then, going numb from crime scene fatigue, still telling myself that I was perfectly positioned to hook a book idea that would turn my life around one more time. It was a lie I believed because it anchored my fraying hope for a better future.

The weird thing is, when the big idea called me out — I never saw it coming.

Aronstein's ticket to Hawaii gave me a much-needed hit. I sensed a five-star boondoggle; ocean-front bars and half-naked girls, and I saw myself jousting with the competition — all that, and the L.A. Times was picking up the tab.

I grabbed that airline ticket and flew off to the biggest story of my career.

Kim McDaniels's abduction was a flash fire, a white hot tale with an unknown shelf-life. Every news outlet on the planet was already on the story when I joined the gaggle of reporters at the police cordon outside the Wailea Princess.

At first, I thought what all the journos thought, that Kim had probably been drinking, got picked up by some bad boys, that they'd raped her, silenced her, dumped her. That the "Missing Beauty" would be top o' the news for a week, or a month, until some celebrity bigot, or the Department of Homeland Security grabbed back the front page.

But, still, I had my self-delusion to support and an expense account to justify, so I bulled my way into the black heart of a vile and compelling crime spree.

In so doing, and not by my own devising, I became part of the story, selected by a profoundly psychotic killer with a cherished self-delusion of his own.

The book you hold in your hands is the true story of a skillful, elusive, and most would say, first-rate monster who called himself, Henri Benoit. As Henri told me himself, "Jack-the-Ripper never dreamed of killing like this."

For months now, I've been in living in a remote location getting "Henri's" story down. There are frequent electrical brown-outs in this place, so I've gotten handy with a manual typewriter.

Turns out, I didn't need Google because what isn't in my tapes and notes and clippings, is permanently imprinted on my brain.

Swimsuit is about an unprecedented pattern killer who upped the ante to new heights, an assassin like no other before or since. I've taken some literary license in telling his story because I can't know what Henri or his victims were thinking in a given moment.

Don't worry about that, not even for a second, because what Henri told me in his own words was proven out by the facts.

And the facts tell the truth.

Ant the truth will blow your mind, as it did mine.

PART ONE: The Camera Loves Her

Kim McDaniels was barefooted, wearing a blue-and-white striped Juicy Couture mini-dress when she was awoken by a thump against her hip, a bruising thump. She opened her eyes in the blackness, questions breaking the surface of her mind.

Where was she? What the hell was going on?

She wrestled with the blanket draped over her head, finally got her face free, realized a couple of new things. Her hands and feet were bound. And she was in some kind of cramped compartment.

Another thump jolted her and Kim yelled this time, "Hey!"

Her shout went nowhere, muffled by the confined space, the vibration of an engine. She realized she was inside the trunk of a car. But that made no freaking sense! She told herself to wake up!

But she was awake, feeling the bumps for real and so she fought, twisting her wrists against a knotted nylon rope that didn't give. She rolled onto her back, tucking her knees to her chest, then bam! She kicked up at the lid of the trunk, not budging the lid a fraction of an inch.

She did it again, again, again, and now pain was shooting from her soles to her hips but she was still locked up and now she was hurting. Panic seized her and shook her hard.

She was caught. She was trapped. She didn't know how this had happened or why, but she wasn't dead and she wasn't injured. So, she would get away.

Using her bound hands as a claw, Kim felt around the compartment for a tool box, a jack or a crowbar, but she found nothing and the air was getting thin and foul as she panted alone in the dark.

Why was she here?

Kim searched for her last memory, but her mind was sluggish, as if a blanket had been thrown over her brain, too. She could only guess that she'd been drugged. Someone had slipped her a roofie, but who? When?

"Helllllllpppp! Let me out!" she yelled, kicking out at the trunk lid, banging her head against a hard metal ridge, her eyes filling with tears, getting mad now on top of being scared out of her mind.

Through her tears, Kim saw a glowing five-inch long bar just above her. It had to be the interior trunk release lever, and she whispered, "Thank you, God." 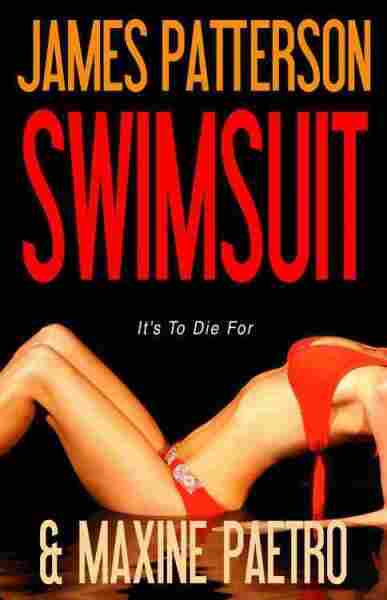 by James Patterson and Maxine Paetro