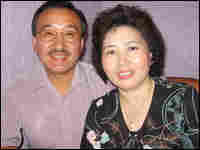 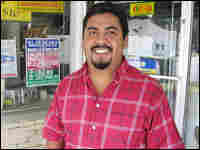 Since then, Crider has scrambled to replace the employees. It has staged job fairs, boosted starting pay and even contracted for Georgia prison inmates to work on its production line. In an unusual experiment, Crider has also recruited a small group of Laotian Hmong refugees to move from Minnesota to Georgia, hoping they'll start a new community.

Dao Moua was an employment specialist at a Hmong-American Association in Minneapolis when he got the call from Crider. It turned out Moua had already decided to retire somewhere warmer. Although it appears that no other ethnic Hmong live in this swath of rural Georgia, he took a liking to the place.

"I love it," he says. "It's not much different from Laos. The weather is very close, and the grass, the trees — they have bamboo."

Moua came to America in 1979 after the U.S. granted refugee status to thousands of Hmong in Laos because they'd helped the CIA against the North Vietnamese. Having already re-made his life once, he was well prepared for the move to the South.

In February, Moua and 20 extended family members rented a large trailer for their belongings and drove for three days. Moua's wife, Tong, brought a supply of Asian spices and a whopping 500 pounds of Jasmine rice.

Their new life is lonely. Stillmore has one blinking yellow light and a couple of gasoline stations. There are two Mexican food stores that used to bustle with workers from the plant. But since last year's immigration raid, one has closed, and the other is only open a few hours a day, its shelves half empty.

"The employers around here are still afraid of hiring Hispanics," says Baptist pastor Ariel Rodriguez. "They're afraid that immigration agents are coming, the workers are going to disappear, and they'll have to pay fines."

Officials at Crider Inc. declined to give an interview or offer any information about plant productivity or their efforts to fill the jobs left vacant last year.

The new Hmong employees have found a refuge 20 miles up the road, in the county seat of Swainsboro. They do nearly all their shopping at the Wal-Mart there, and eat regularly at the Peking Super Buffet Restaurant. It's hardly authentic — the spread includes pizza next to the dumplings — but Dao Moua says it's the closest he can find to his native cuisine.

Moua's job is to recruit as many Hmong as he can, and in recent weeks, two families arrived from Northern California. Wang Soung helps operate a machine that plucks feathers from chickens. Soung says he's eager to build a new community in Georgia, but he misses the large Hmong population he left.

"All my friends, my community, the Lao veterans," he sighs. "I was the leader of one group, but I just threw that away!"

Soung's 24-year-old son, Fong, sits next to him sullenly. He says the work on the production line is hard, but the worst part for him is being bored outside the plant.

"There's nothing to do. I play basketball, and watch movies and stuff — that's all," Fong says.

Tong, Moua's wife, works at the plant checking labels on cans of chicken. She has taken homemade egg rolls to work and says her colleagues are friendly. She is even trying to pick up on the local Southern drawl.

'It's Not Fit for Everybody'

But not everyone in the Hmong community supports this new venture. One activist in Wisconsin worries that his fellow Hmong will be taken advantage of — which he believes was the case with the illegal Mexican workers they replaced. Economically, Dao Moua says it's a wash — the pay is lower in Georgia, but so is the cost of living. He says he doesn't push anyone to come.

"Some like it and some don't," he says of food processing. "It's not fit for everybody."

Moua has put his Minneapolis home on the market and hopes more Hmong families there will move to southern Georgia once the school year is over. Then, he says, they could get someone to open a decent Asian food store. But long-term success will depend on the younger generation.

"Fortunately, I'm not a big-city guy. I'm more a countryside guy, where it's quiet," says Tong Moua, 22, a relative Dao considers like a grandson.

Tong Moua has gelled hair and sports a Bluetooth phone headset. He and his brother both left wives and children in Minneapolis to try a new life in Georgia.

"It is a big move," he says, "but sometimes in life, you have to take the risk in order to find out the result."

Tong Moua's family is waiting for word from him. If he likes the job at the processing plant, and life in Georgia, they say they will all join him, even his father. So will he tell them to come?

"I can't say. It has only been three months," he says. Not long enough, he says, for such a momentous decision.