Accessibility links
A Mother And Daughter Recall Fears Of War Nine-year-old Griselda Lemus and her mom, Sgt. Papsy Lemus, talk about what their lives were like during the 13 months they spent apart while Papsy served in Iraq. 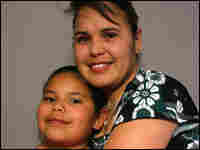 "I didn't know if I was ever going to see you guys again," Lemus tells her daughter Griselda. StoryCorps hide caption 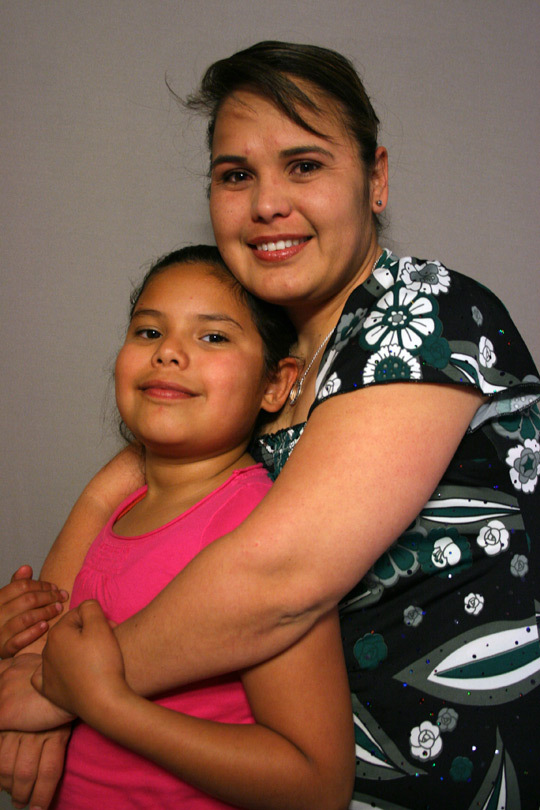 "I didn't know if I was ever going to see you guys again," Lemus tells her daughter Griselda.

Even the best soldiers' stories that include the happy ending of a safe return from the front can include heartbreak, especially when talking with your kids.

Sgt. Papsy Lemus served in Baghdad for 13 months, leaving behind her two daughters.

When StoryCorps stopped near their home in Salt Lake City last month, Lemus recorded an interview with her older daughter, 9-year-old Griselda, who wanted to ask her mom some questions about her time at war.

Lemus was honest and said she felt worried: "I didn't know if I was ever going to see you guys again."

And when she saw other kids in Baghdad, she admitted "it was kind of overwhelming" because "it reminded me of you guys."

But Lemus did not shoot her rifle, another concern of Griselda's.

Lemus had some questions of her own — like whether her daughter was afraid.

"I was afraid mostly on your birthdays, because ... what if you died on your own birthday? And I would never see you again," Griselda told her.

When Lemus returned home, she worried how Griselda and her other daughter, Nancy, would react.

But when she saw them again, they ran up to her and said, "I love you, Mom, and welcome home. I missed you."