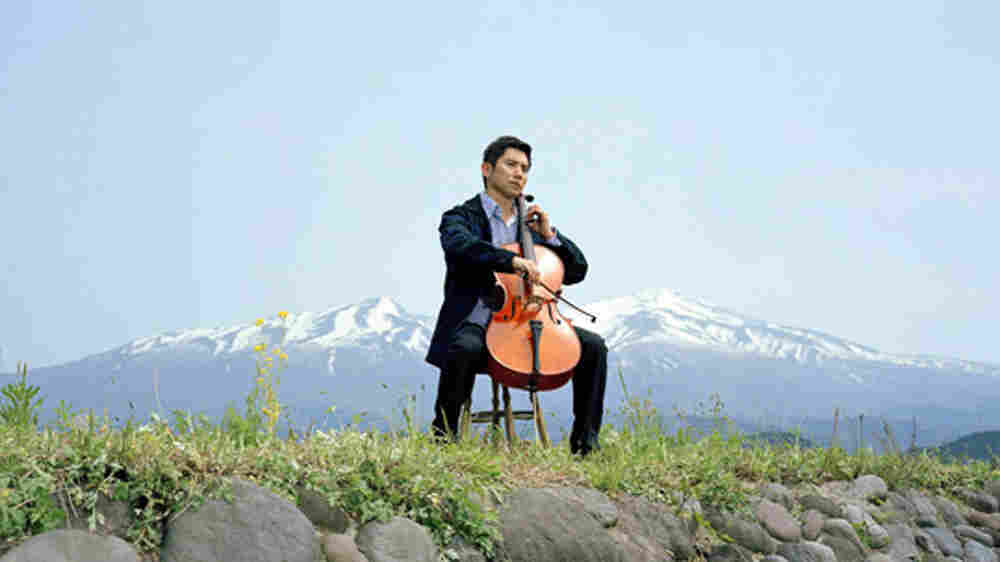 From The Ashes: After losing his symphony job in Tokyo, Daigo Kobayashi (Masahiro Motoki) moves to the country and begins a career in ceremonial "encoffination." Here Media/Regent Releasing hide caption 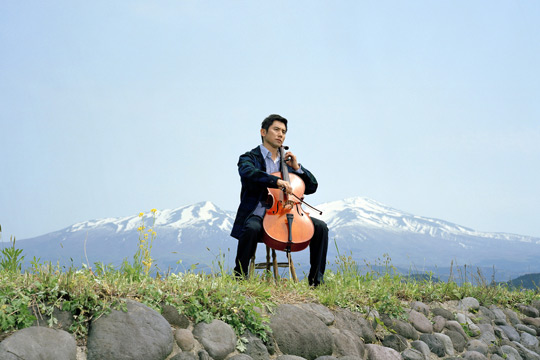 From The Ashes: After losing his symphony job in Tokyo, Daigo Kobayashi (Masahiro Motoki) moves to the country and begins a career in ceremonial "encoffination."

If there was one real surprise at this year's Academy Awards, it was the winner for Best Foreign Language Film. The front-runner was widely thought to be the Israeli war movie Waltz with Bashir — but the Oscar went to Departures, a Japanese film that hadn't yet opened in the U.S.

The brainchild of its leading actor, onetime boy-band member Masahiro Motoki, Departures turns out to be a delightful surprise, at once an engaging dramedy and an eloquent social statement about ... well, I'm getting ahead of myself.

When a Tokyo orchestra goes bankrupt, its cellist, a young sad sack named Daigo (Motoki) finds himself unable to support the big-city lifestyle to which he and his wife are just becoming accustomed. So they move to his rural hometown, where he starts a job search.

There's no orchestra to work for, but an ad offering a career "working with departures" sounds promising; the travel industry intrigues him. So he arranges an interview and, to his surprise, is hired almost before he sits down. At a high salary, too.

There is, however, a catch: The word "departures" in the ad was a misprint. The job involves working with the departed — the dearly departed. As in, Daigo will be preparing bodies for cremation.

He's about to flee the interview when the boss offers him his first day's salary and suggests he try the job for a bit and see. And soon the musician starts to get in touch with his inner undertaker. 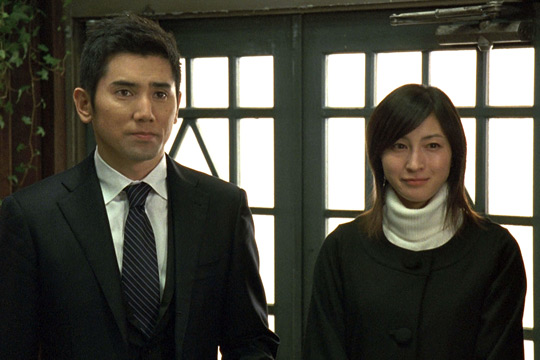 A Grave Matter: Mika (Ryoko Hirosue) reacts badly when she discovers Daigo's new profession. Departures explores distinctly Japanese questions about class and culture, but it's entertaining enough to appeal to a global audience.

The stylized ceremonies — all performed with grieving relatives in attendance — turn out to require nearly as much delicacy as playing a cello did, you see, and Daigo discovers that the rituals have a real beauty to them. Also a habit of not going quite as planned, which can lead to unexpected comedy at funerals.

What the film doesn't say, but what Japanese audiences would know, is that Daigo's initial reluctance isn't just about what he sees as the job's "ick" factor: For centuries, dealing with dead bodies and dead animals was regarded as unclean in Japan, much as it was in India, and though the caste system that limited opportunities for the burakumin has long been a thing of the past, that prejudice dies hard. Those who prepare bodies are still widely discriminated against, and that discrimination can extend to families.

So when the film empathizes with Daigo as, say, his wife reacts with revulsion to the job he has taken, or his neighbors shun him, it's engaging in an act of social criticism. Which may be why director Yojiro Takita built so much humor into the story — never mind that slapstick often seems distinctly at odds with the material — and why he made the visuals so seductive. The strategy definitely worked with Japanese audiences, who forked over more than $60 million at the box office.

And while this lovely, sentimental film is hardly likely to have success on that scale in the U.S., it will absolutely delight the art-house crowd. Multiplexes will be crowded with noisy summer films, after all, from which Departures will represent a sophisticated and elegant departure.