Accessibility links
The Unabomber's Brother Tells His Story For the first time, David Kaczynski has written about the man he grew up with, admired and ultimately alerted authorities to. His essay is part of a new collection, Brothers: 26 Stories of Love and Rivalry. 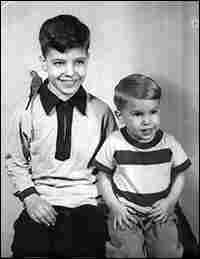 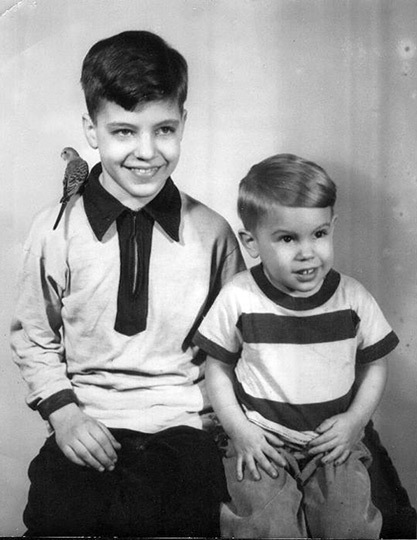 On The Two-Way Blog

Unabomber's Brother: 'Somebody Had To ... Step In And Stop Him'

From 1978 to 1995, Theodore Kaczynski mailed 16 bombs that killed three people and injured 23. He was identified and arrested largely because his brother had begun to suspect that he was the Unabomber and contacted authorities.

For the first time, David Kaczynski has written about his relationship with the brother he grew up with and admired.

Kaczynski talks with host Scott Simon about his essay, which appears in a new collection called Brothers: 26 Stories of Love and Rivalry. 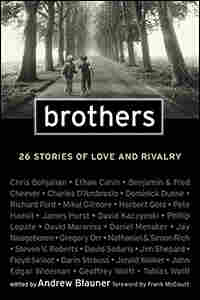 Excerpted from Brothers: 26 Stories of Love and Rivalry.

I'll start with the premise that a brother shows you who you are — and also who you are not. He's an image of the self, at one remove; but also a representation of the "other."

In a universe of unlimited spatial and temporal dimensions, you are brought together with your brother in a unique and specific consanguinity. You come from the same womb. Your family has a certain flavor or smell unlike any other. It has an ethos, perhaps even a mythology all its own. You are a "we" with your brother before you are a "we" with any other. Even your parents' "we" can be turned against you.

Your brother, if there are only two of you, is your first peer, thus your template for later, adult relationships.

When your brother ventures out in the world, he represents you. If he is older, he may become your only way of being and appearing vicariously in a world that you are not yet allowed to enter. He represents, in this sense, your possibility of having a future and a wider social presence. Your pride in your brother is, in part, egoistic projection.

Through your brother, you also learn the limitations attached to self: the things you do less well, the meaning of "belonging" as a noun, the need to compete for attention, the space that opens up for you only after it's been vacated by your brother. In a sense, especially if you are the younger brother, you only begin to "own" yourself in your brother's absence. But his absence may haunt your aloneness.

Culturally speaking, I have an idea that I am at liberty to fight with my brother — indeed, it's expected — until someone attacks either one of us. Then we will turn in unison on the attacker as one force redoubled. If there's a significant difference in age, then the older brother protects the younger with his fists and his power. But the younger brother protects the older with his admiration and love. It should be obvious who bears the greater responsibility.

In expansive affirmation of our fellow man, we sometimes call everyone "brothers." To designate a special friendship, or to invoke community and intimacy within a group, we again use the "brother" formula as a foundational myth of male fellowship.

My brother, Ted Kaczynski, once sent a bomb to an airline executive concealed in a hollowed-out copy of a book with the intriguing title Ice Brothers.

I don't remember a time when I wasn't aware that my brother was "special" — a tricky word that can mean either above or below average, or completely off the scale. Ted, seven and a half years older, was special because he was so intelligent. In the Kaczynski family, being intelligent carried high value. But at the time of Sputnik and the space race in the late 1950s, intelligence — especially technical and scientific intelligence — had a certain cultural panache as well. Ted was a "brain" to school-age children in our working-class neighborhood, where the word conferred status, but also a vague stigma since being too intelligent was linked to maladjustment, and most kids wanted to fit in.

As a young child beginning to gauge social perceptions, I thought of my brother as smart, independent, and principled. I heard myself described by our neighbors and aunts and uncles as charming, happy, and affectionate — as if those were traits to be remarked on in a child. Even at a tender age, I sensed that adults contrasted me with my brother. Heck, anyone could be the way I was, since it required no effort. But not everyone could be smart, independent, and principled like my big brother. Given a choice, I would gladly have embraced Ted's persona and relinquished my own. I wanted to be like Ted.

Excerpted from Brothers: 26 Stories of Love and Rivalry, copyright 2009. Excerpted by permission of Wiley. All rights reserved. No part of this excerpt may be reproduced or reprinted without permission in writing from the publisher.

Rough Cut: David Kaczynski on His Brother -- The Unabomber 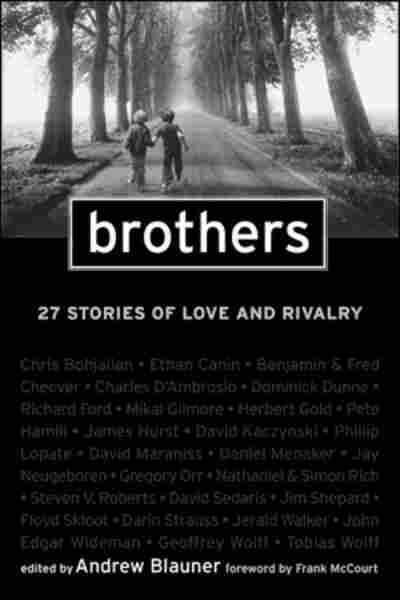 26 Stories of Love and Rivalry

by Andrew Blauner and Frank McCourt