Accessibility links
Obama To Visit Cairo, A Center Of Islamic Learning When asked why President Obama decided to deliver a speech to the Muslim world from Cairo, many Egyptians point to Al-Azhar University, a center of Islamic scholarship since the 10th century. Al-Azhar stands for "a moderate version of Islam," teaching both the religion and modern science, one professor says. 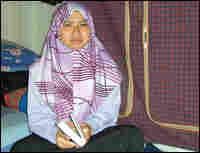 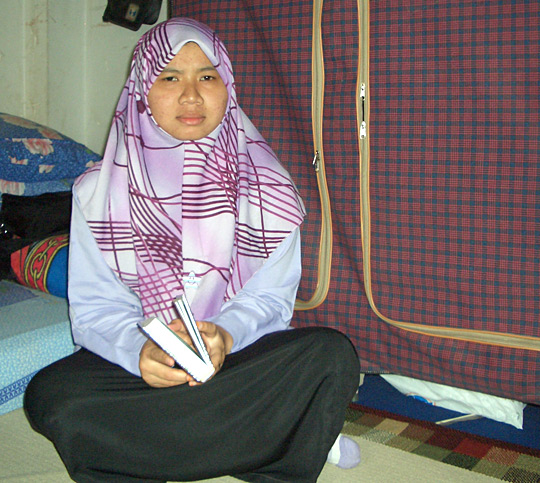 Some are questioning President Obama's decision to deliver a much-anticipated address to the Muslim world from Cairo. Egypt is governed by an autocratic ally of the United States that faces strong internal Islamist opposition.

But for Egyptians, there is no question that Cairo is the proper setting for the June 4 speech — because of the country's Islamic heritage and because of a shrine of Islamic learning in the capital.

When asked why Obama chose Cairo, many Egyptians point to Al-Azhar University, founded in the 10th century.

"Al-Azhar, I think, is the oldest university in the world. One thousand years old," says professor Mustapha Kemel El Sayyid.

But it's also a modern institution, he says, offering degrees not just in theology, but in engineering, business and medicine.

"Al-Azhar also stands for — I don't like to use this expression, but a moderate version of Islam, which makes complete harmony between the teachings of Islam and modern science," he says.

For Internet consultant Ibrahim El Houdaiby, Cairo is the right choice because of Al-Azhar students — thousands who come each year from all over the Muslim world.

One of those students is Lili Areyanti from Aceh, Indonesia, who is studying Islamic law with her roommates, also Indonesian Muslims. It's exam week, and Areyanti prepares for a test of her recitation of the Quran.

The young women say their studies will be set aside for Obama's speech.

Al-Azhar was reportedly on the shortlist to serve as a backdrop for Obama's address, but the historic university is centered in the crowded heart of what is known as Medieval Cairo — with narrow streets and ancient bazaars. So Cairo University, on the other side of the Nile, won out, according to media reports that cited security officials who said it was easier to lock down.

Still, speaking from a capital that has been the center of Islamic scholarship for centuries adds symbolic weight to the president's message.

"Egyptians take a lot of pride in Al-Azhar; it's a respected source of authority, to a certain extent," he says. But "one of the key critiques of Al-Azhar and the official Islam of Egypt is that too often they put out fatwas that support the state's interest."

Fatwas, or religious rulings, issued by Al-Azhar scholars should carry moral weight across the Muslim world. But in Egypt, Al-Azhar's top clerics are appointed by the government.

For newspaper publisher Hisham Kassem, a democracy activist in Cairo, ties to an autocratic regime have weakened the institution's authority.

"I look upon Al-Azhar with regret," he says. "Azhar at some point was like a beacon for scholars — some of the most impressive scholars, some of the most enlightened. All I can do is hope that to see it one day again as a place where some progressive Islamic thought will come out of."

Al-Azhar centers Cairo in the Muslim world, but this week, Egyptians will focus on Cairo University — a younger institution, a landmark for a liberal education and often the site of pro-democracy protests. The university has postponed exams this week — a good indication that it will be the setting for the president's historic address.