Accessibility links
Abortion Providers On High Alert After the killing of Dr. George Tiller, who performed late-term abortions in Kansas, abortion clinics and their doctors say they are trying different tactics to protect themselves. Some abortion providers are also calling on the federal government for help. 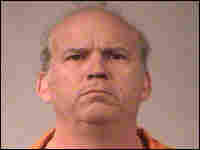 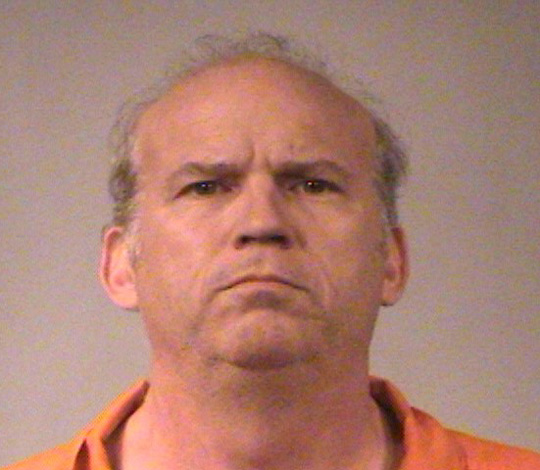 Police in Kansas charged Scott Roeder with first-degree murder in the death of Dr. George Tiller, who performed late-term abortions.

Roeder is accused of killing Tiller at a church in Wichita on Sunday. Roeder is also charged with aggravated assault for allegedly threatening two people who tried who tried to stop the attack.

Tiller is the fourth doctor who performed abortions to be killed since 1993. Now, some abortion providers are calling on the federal government for help.

'We Will Stop You'

Dr. Warren Hern says he has been getting threats for decades. Hern and Tiller were friends, and like Tiller, Hern performs third-trimester abortions,

"I think there has never been a time it has stopped, but just because things seemed a little quiet never meant to me that we were out of danger," Hern says. "They are just waiting for the right opportunity."

Tiller, like many other doctors, maintained extensive security for years using high-tech cameras and bodyguards.

Hern says he has gotten additional security since the murder but declined to elaborate.

U.S. marshals have been sent to protect some doctors and clinics.

Hern is pleased that President Obama spoke out after the murder, but he wants to hear more.

"I think the president of the United States needs to go to a national television broadcast and say to the American public, 'Safe abortion is a fundamental component of women's health care. Anti-abortion terrorism and violence will not be tolerated. We will stop you,' " Hern says.

Back in 1991, during abortion demonstrations sponsored by the anti-abortion group Operation Rescue, thousands protested outside Tiller's clinic. Many were arrested. They brought the nation's attention to Wichita.

In 2002, a branch of Operation Rescue even moved to the city permanently to focus on Tiller.

"He endured an attempt on his life, a bombing at his clinic, constant harassment," says Vicki Saporta, president of the National Abortion Federation.

Saporta and others say that since Obama was elected in November, frustration has increased among abortion opponents, and there's been a rise in threats against clinics. In the days following Tiller's murder, Saporta has talked to federal, state and local law enforcement to make sure security for clinics and for their staff is sufficient.

"We have been in touch with the FBI, who is reaching out to clinics around the country to assess their security needs," Saporta says. "Nobody wants to see violence escalate once again."

For the past year, the Center for Reproductive Rights has been studying harassment against abortion providers in six states, including Pennsylvania, Missouri and Mississippi. Nancy Northup, the group's president, says a report to be issued this week shows incidents are up.

Northup says it's time to reinvigorate a task force set up by the Justice Department in the 1990s to address violence against providers. And, she says, it's time for others to speak out.

"We need to hear from our officeholders, from doctors, from religious leaders, from the community," Northup says. "[W]e can't stop the voices of those who will continue to vilify and demonize, but what we can do is we need to have more voices standing up for these doctors."

Asked about the issue at a briefing on Tuesday, White House press secretary Robert Gibbs again denounced the violence.

Many anti-abortion organizations have also condemned Tiller's murder. They say the suspect is not a member but a single individual who committed violence.

Shaun Kenney with the American Life League says those against abortion will continue to protest, "to at least be a silent witness or even a vocal witness to the fact there are options other than abortion."

"As we proceed into future weeks and months, that right — to at least express ourselves and to make those options known in the public square in a peaceful, nonviolent way — we'll continue to do that," Kenney says, "because as Americans it's our right and as pro-lifers, our responsibility," Kenney says.

Pro-abortion-rights groups say clinics across the country are on high alert, but they say Tiller's murder only reconfirms their resolve to remain open.