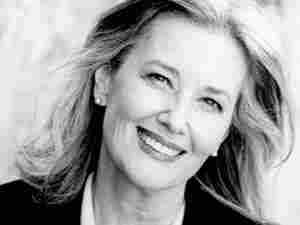 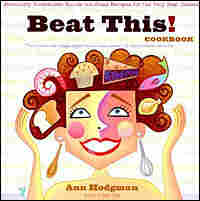 Get the Recipe for White Chocolate-Raspberry Pie

It is a happy day when I am asked to publicly recommend a book. It is also a dilemma. When I consider all the books I have loved and depended upon and profited from, how can I pick just one?

It is tempting, in a situation like this, to narrow one's choice to a classic or some political tome, so that one's audience might be suitably impressed. It is also tempting to place under the spotlight an underappreciated lyrical novel.

In the end, I have decided to come clean about the book I have probably recommended more often than any other. It is a cookbook. Now, wait. It is far more than a cookbook. It is a humor book and a self-help book and a security blanket and a kind of bible. It's called Beat This! and it's written by a woman named Ann Hodgman, under whose kitchen table I would like to live. Hers is the standard by which I measure (so to speak) all other cookbooks. So far, nothing comes close except her companion cookbook, Beat That!

The bulk of the recipes in Beat This! are for things that are familiar and beloved, but Hodgman makes them better. She makes them best. When you have that deep kind of hunger that is part longing, what's better to eat than the best apple pie? Or the best potato salad and guacamole? Or the best deviled eggs and crab cakes and white chocolate raspberry pie? You'll find all those recipes in Beat This!

You'll also find entertaining copy, like "Chili is further proof of my rule that every recipe is better if you add sausage or bacon." Or "Premade [graham cracker] crusts taste exactly like sweetened pencil shavings." Or "It violates the whole thing of a strawberry to cook it." About her buttercrunch, Hodgman says, "Master this recipe, and you control the world."

Some of the recipes in this cookbook are labor-intensive; some are amazingly easy. One of my favorite supereasy ones, for cinnamon rolls, has in its short list of ingredients "tubes of refrigerated dinner rolls." About this, Hodgman says: "Well, if this isn't an embarrassment to include here! But these are shockingly good." And boy oh boy, they really are. They should come with a warning not to make when you are alone in the house. (Or if you are alone in the house, to put on your jumbo elasto-stretcho pants, and make ready the guilt thrower-outer.)

As an added bonus, Beat This! has recipes for dog biscuits and play dough and the liquid you use to blow bubbles. And there's an entertaining index with information about things like where to get the Maid of Scandinavia baking catalogue, how to soften butter faster, and why the author never uses olive oil.

Here's my recipe for a delicious thing to do today: 1. Buy Beat This! 2. Go to page 64, and make that roast chicken. 3. While it's in the oven, lie on the sofa and read Susan Fletcher's exquisite novel Oystercatchers. Or Flaubert's Madame Bovary. Or any short story by Alice Munro. Or Rita Dove's poetry. Or E.B. White's essays.

There. I knew I'd find a way to get in more than one book.

This may be the best dessert in the world. It's certainly my daughter Laura's favorite. When she was six, she wrote her own version of the recipe, which read as follows:

one bag of raspberries

Laura was wrong about one thing. This recipe doesn't freeze well at all; the raspberry filling goes all kerflooey. (Generally, sauces and fillings containing cornstarch can't be frozen.) But you can make parts of it ahead of time if you want to. I'd recommend it because the pie is rather labor-intensive to do all at once. The crust (which can be frozen) can be made a few days in advance, as can the raspberry filling (which should be refrigerated).

Note: If the eggs or butter are too cold, you will end up with a gloppy mess.

Tart shell: Butter the sides and bottom of an 11-inch round fluted tart pan with a removable bottom.

In the bowl of a food processor fitted with a steel blade, place the flour, the sugar and the salt. Pulse the processor on and off a few times to blend the dry ingredients. Drop the sliced butter on top of the dry ingredients and pulse about 20 times, or until the mixture resembles cornmeal. Combine the water and vanilla extract in a small bowl. With the processor motor running, pour the water mixture through the feed tube. Process just until the dough forms a ball.

Divide the ball of dough into 4 roughly equal portions and place them in the buttered tart pan, spacing them evenly. Using your fingertips, press the dough evenly into the tart pan. The dough should be slightly thicker around the sides and should extend about 1/4 inch above the top of the pan.

Chill the dough for 1 hour. Then preheat the oven to 375 degrees F. Lightly butter one side of a 14-inch square of aluminum foil and place it, buttered-side down, on the unbaked tart shell. With a fork, prick through the foil (and the tart shell, of course) in 12 places on the bottom and 8 places on the sides. Then fill the foil with 2 cups of aluminum pie weights, raw rice or dried beans, spreading them evenly.

Bake the tart shell for 20 to 25 minutes, or until the edges are slightly browned. Carefully lift out the foil and whatever you've weighted it with, and bake the shell for about 10 minutes more, or until it is entirely golden brown.

Cool the shell on a rack, leaving it in the pan.

Raspberry Filling: Strain the thawed raspberries through a fine sieve a little at a time, pausing frequently to dump out the seeds. Stir the lemon juice into the pureed raspberries.

In a small nonaluminum saucepan, stir together the sugar and the cornstarch. Then thoroughly whisk in the raspberry puree. Cook the mixture over medium heat, stirring constantly, until it reaches a full rolling boil. Continue to boil the mixture, stirring, for 5 seconds, then remove it from the heat. Don't taste too much of ityou really need it all.

White chocolate buttercream: In the top of a double boiler over hot waterneither boiling nor simmeringstir the white chocolate until it is two-thirds melted. Then remove from over the hot water and stir until thoroughly melted. White chocolate gets very nasty when it's overheated, and this will help keep it from seizing. If the chocolate isn't already tepid, cool it until it is.

In the small bowl of a standing mixer, or in a medium bowl with a hand-held mixer, cream the butter and sugar together for 5 minutes. Gradually beat in the tepid white chocolate and the salt. Add the eggs, one at a time, beating the mixture until fluffy after each egg. Beat in the vanilla extract. Set aside 1/2 cup of the mixture to garnish the tart, if you plan to do so.

It will all go easier if you leave the tart in the tart pan for now.

Chill the tart for 30 minutes to firm the buttercream layer.

Chocolate Glaze: In the top of a double boiler, over barely simmering water, stir together the chocolates and the butter until they're mostly melted. Then remove from the heat and stir until fully melted. Cool for 5 minutes. Take the tart out of the fridge.

Pour the chocolate glaze over the buttercream, tilting the tart pan back and forth until it's thoroughly coated. (It doesn't matter if some glaze drips over the sides.) If that makes you too nervous, you can spread the glaze with a spatula.

Chill the tart yet again. If you plan to garnish it, place the reserved 1/2 cup buttercream in a pastry bag or a pastry tube fitted with a star tip. Pipe 10 evenly spaced rosettes around the center of the tart, and top each rosette with a (perfectly dry, so it won't smear) fresh raspberry.

Or you can just do the rosettes. Or you can just eat the buttercream with a spoon. When I'm pressed for time, I melt about 3 ounces of white chocolate, dip my finger in and repeatedly shake my finger over the tart. This makes a sort of scribbly pattern that I like to think looks high tech.

Return the tart to the refrigerator until serving time.

About 1/2 hour before serving, remove the tart from the refrigerator and take it out of its tin. Then set it on a serving plate and leave at room temperature until the rest of the 1/2 hour is over.

Serves 6 to 8, depending on seconds requested. 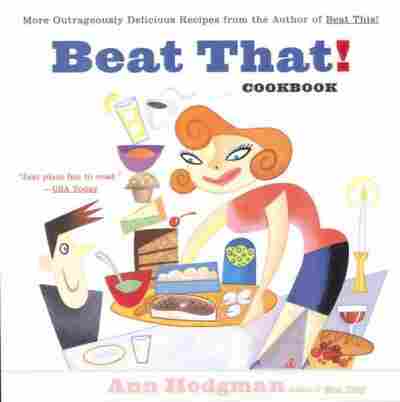