Accessibility links
Food As Agent Of Change: 'An Edible History' Author Tom Standage doesn't think food is history's central motivating force. Rather, as he writes in his book An Edible History of Humanity, Standage thinks of food as more of "an invisible fork" prodding humanity along. 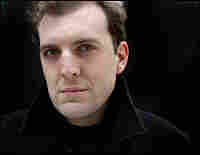 Tom Standage is also the author of A History Of The World In Six Glasses. Judah Passow hide caption

Author Tom Standage doesn't think food is history's central motivating force. Rather, as he writes in his book An Edible History of Humanity, Standage thinks of food as more of "an invisible fork" prodding humanity along.

"After all," he continues, "everything that every person has ever done, throughout history, has literally been fueled by food."

Excerpt: 'An Edible History Of Humanity' 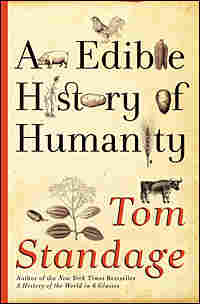 The Man-Made Nature of Maize

Maize, more commonly known as corn in America, provides the best illustration that domesticated crops are unquestionably human creations. The distinction between wild and domesticated plants is not a hard and fast one. Instead, plants occupy a continuum: from entirely wild plants, to domesticated ones that have had some characteristics modified to suit humans, to entirely domesticated plants, which can only reproduce with human assistance. Maize falls into the last of these categories. It is the result of human propagation of a series of random genetic mutations that transformed it from a simple grass into a bizarre, gigantic mutant that can no longer survive in the wild. Maize is descended from teosinte, a wild grass indigenous to modern day Mexico. The two plants look very different. But just a few genetic mutations, it turns out, were sufficient to transform one into the other.

One obvious difference between teosinte and maize is that teosinte ears consist of two rows of kernels surrounded by tough casings, or glumes, which protect the edible kernels within. A single gene, called tga1 by modern geneticists, controls the size of these glumes, and a mutation in the gene results in exposed kernels. This means the kernels are less likely to survive the journey through the digestive tract of an animal, placing mutant plants at a reproductive disadvantage to non mutants, at least in the normal scheme of things. But the exposed kernels would also have made teosinte far more attractive to human foragers, since there would have been no need to remove the glumes before consumption. By gathering just the mutant plants with exposed kernels, and then sowing some of them as seeds, proto-farmers could increase the proportion of plants with exposed kernels. The tga1 mutation, in short, made teosinte plants less likely to survive in the wild, but also made them more attractive to humans, who propagated the mutation. (The glumes in maize are so reduced that you only notice them today when they get stuck between your teeth. They are the silky, transparent film that surrounds each kernel.)

Another obvious difference between teosinte and maize lies in the overall structure, or architecture, of the two plants, which determines the position and number of the male and female reproductive parts, or inflorescences. Teosinte has a highly branched architecture with multiple stalks, each of which has one male inflorescence (the tassel) and several female inflorescences (the ears). Maize, however, has a single stalk with no branches, a single tassel at the top, and far fewer but much larger ears halfway up the stalk, enclosed in a leafy husk.

Usually there is just one ear, but in some varieties of maize there can be two or three. This change in architecture seems to be the result of a mutation in a gene known as tb1. From the plant's point of view, this mutation is a bad thing: It makes fertilization, in which pollen from the tassel must make its way down to the ear, more difficult. But from the point of view of humans, it is a very helpful mutation, since a small number of large ears is easier to collect than a large number of small ones. Accordingly, proto-farmers would have been more likely to gather ears from plants with this mutation. By sowing their kernels as seeds, humans propagated another mutation that resulted in an inferior plant, but a superior food.

The ears, being closer to the ground, end up closer to the nutrient supply and can potentially grow much larger. Once again, human selection guided this process. As proto-farmers gathered ears of proto- maize, they would have given preference to plants with larger ears; and kernels from those ears would then have been used as seeds. In this way, mutations that resulted in larger ears with more kernels were propagated, so that the ears grew larger from one generation to the next and became corn cobs. This can clearly be seen in the archaeological record: At one cave in Mexico, a sequence of cobs has been found, increasing in length from a half inch to eight inches long. Again, the very trait that made maize attractive to humans made it less viable in the wild. A plant with a large ear cannot propagate itself from one year to the next, because when the ear falls to the ground and the kernels sprout, the close proximity of so many kernels competing for the nutrients in the soil prevents any of them from growing. For the plant to grow, the kernels must be manually separated from the cob and planted a sufficient distance apart — something only humans can do. As maize ears grew larger, in short, the plant ended up being entirely dependent on humans for its continued existence.

What started off as an unwitting process of selection eventually became deliberate, as early farmers began to propagate desirable traits on purpose. By transferring pollen from the tassel of one plant to the silks of another, it was possible to create new varieties that combined the attributes of their parents. These new varieties had to be kept away from other varieties to prevent the loss of desirable traits. Genetic analysis suggests that one particular type of teosinte, called Balsas teosinte, is most likely to have been the progenitor of maize. Further analysis of regional varieties of Balsas teosinte suggests that maize was originally domesticated in central Mexico, where the modern-day states of Guerrero, México, and Michoacán meet. From here, maize spread and became a staple food for peoples throughout the Americas: the Aztecs and Maya of Mexico, the Incas of Peru, and many other tribes and cultures throughout North, South, and Central America.

But maize could only become a dietary mainstay with the help of a further technological twist, since it is deficient in the amino acids lysine and tryptophan, and the vitamin niacin, which are essential elements of a healthy human diet. When maize was merely one foodstuff among many these deficiencies did not matter, since other foods, such as beans and squash, made up for them. But a maize heavy diet results in pellagra, a nutritional disease characterized by nausea, rough skin, sensitivity to light, and dementia. (Light sensitivity due to pellagra is thought to account for the origin of European vampire myths, following the introduction of maize into European diets in the eighteenth century.) Fortunately, maize can be rendered safe by treating it with calcium hydroxide, in the form of ash from burnt wood or crushed shells, which is either added directly to the cooking pot, or mixed with water to create an alkaline solution in which the maize is left to soak overnight. This has the effect of softening the kernels and making them easier to prepare, which probably explains the origin of the practice. More importantly but less visibly, it also liberates amino acids and niacin, which exist in maize in an inaccessible or "bound" form called niacytin. The resulting processed kernels were called nixtamal by the Aztecs, so that the process is known today as nixtamalization. This practice seems to have been developed as early as 1500 B.C.; without it, the great maize-based cultures of the Americas could never have been established.

All of this demonstrates that maize is not a naturally occurring food at all. Its development has been described by one modern scientist as the most impressive feat of domestication and genetic modification ever undertaken. It is a complex technology, developed by humans over successive generations to the point where maize was ultimately incapable of surviving on its own in the wild, but could deliver enough food to sustain entire civilizations.

Copyright © 2009 by Tom Standage. Excerpted from Edible History of Humanity, and reprinted by permission of Bloomsbury USA. 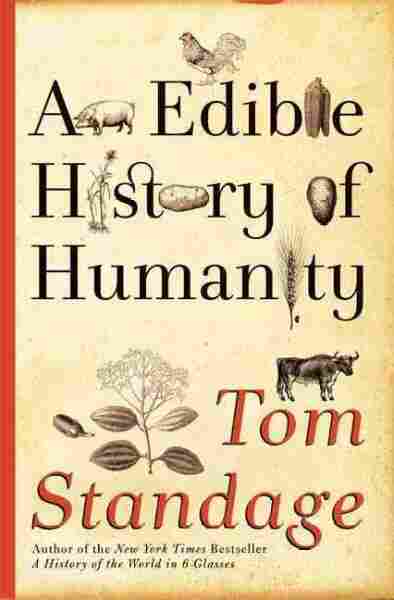 An Edible History of Humanity