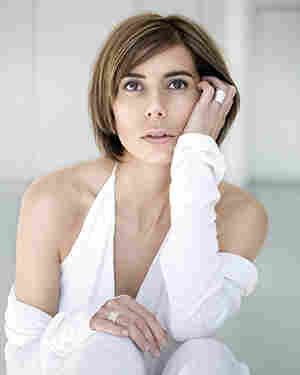 Diana Krall currently holds down the top spot on Billboard's Jazz Albums chart with Quiet Nights, a collection of Brazilian tunes. Singer Magos Herrera is working similar territory, and doing so in an even more compelling way.

But hers is just one approach. Magos Herrera didn't have Krall's budget: Her U.S. debut album Distancia was made with a small group of New York musicians in just a few days. What she does have is a great sense of understatement — that rare ability to shape a melody with slight, seemingly casual gestures.

There's a theme running through Distancia: Herrera selected tunes that express longing for a lover who's far away, and maybe gone forever. And that same idea is present in the poetic, astonishingly beautiful songs she wrote herself.

The Mexican-born Herrera sings in Spanish, English and Portuguese. But really, what she does on Distancia transcends language. Blending elements from various traditions, she's stretching the very notion of jazz singing, pushing past the diva pleasantries into a sound that's bold, thrilling and effortlessly global.