Accessibility links
Madness, A Mansion And Overtones Of the Occult Although her past works have focused on lesbian themes, class anxiety is the animating force behind Sarah Waters' The Little Stranger, a chilling and psychologically layered haunted-house story set in the aftermath of World War II.

Madness, A Mansion And Overtones Of the Occult

Madness, A Mansion And Overtones Of the Occult 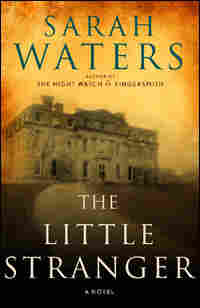 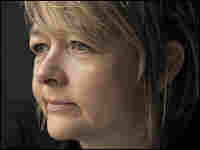 For a writer so gifted at conjuring up worlds in which unspoken longings seem to manifest themselves as otherworldly phenomena, British novelist Sarah Waters is surprisingly dismissive of her own superstitions, which she sees as symptomatic of her lower-middle-class origins. Her grandparents worked as servants, her parents were the first in the family to attend grammar school, and the Tipping the Velvet and Fingersmith author learned early on to touch wood, cherish the Catholic saints, and worry that it would be bad luck to try to move too far beyond the station to which she was born.

Class anxiety is the animating force behind Waters' fifth book, The Little Stranger, a suspenseful and psychologically layered haunted-house story set in the aftermath of World War II, when the fading gentry collided with the emerging professional class that would once have been the help. The novel opens as its narrator, Dr. Faraday, arrives at Hundreds Hall, the Ayers family manor, to treat the maid. Faraday quickly realizes the girl is fine; her real affliction is not a stomachache but an ignorant and, to a medical man, wholly frustrating terror of ghosts. It's the condition of the house itself, now a grim structure crumbling in a thicket of weeds, that worries him. His late mother had once been a servant there, and when Faraday was a boy the majesty of the place had filled him with such yearning that he'd sawed away at a decorative acorn with his penknife and slid it into his pocket.

Although her past works have focused on lesbian characters, repressed desire has always been Waters' terrain. In her hands these hidden longings incite turmoil and even blur into the occult. In The Little Stranger, Hundreds Hall serves as a perfect symbol of the postwar erosion of Britain's class hierarchies, but it also, increasingly, transforms into a scheming, deadly character.

By turns, each of the Ayerses worries that the house has turned against them — or at least that some angry spirit within it intends to exact something from them. And as the good country doctor becomes entangled in the family's long, slow decline, his rational explanations for all that goes wrong seem less probable and become far more maddening than the family's superstitions. In the shadows lurks some sinister force, some "ravenous shadow-creature" motivated by "all the nasty impulses and hungers the conscious mind had hoped to keep away."

Waters, a master at stoking anticipation, withholds the truth about her ghost until the final pages. By then we already strongly suspect its identity, but the confirmation is subtle, surprising, and deeply, deeply chilling.

I first saw Hundreds Hall when I was ten years old. It was the summer after the war, and the Ayreses still had most of their money then, were still big people in the district. The event was an Empire Day fete: I stood with a line of other village children making a Boy Scout salute while Mrs Ayres and the Colonel went past us, handing out commemorative medals; afterwards we sat to tea with our parents at long tables on what I suppose was the south lawn. Mrs Ayres would have been twenty-four or -five, her husband a few years older; their little girl, Susan, would have been about six. They must have made a very handsome family, but my memory of them is vague. I recall most vividly the house itself, which struck me as an absolute mansion. I remember its lovely ageing details: the worn red brick, the cockled window glass, the weathered sandstone edgings. They made it look blurred and slightly uncertain — like an ice, I thought, just beginning to melt in the sun.

There were no trips inside, of course. The doors and French windows stood open, but each had a rope or a ribbon tied across it; the lavatories set aside for our use were the grooms' and the gardeners', in the stable block. My mother, however, still had friends among the servants, and when the tea was finished and people were given the run of the grounds, she took me quietly into the house by a side door, and we spent a little time with the cook and the kitchen girls. The visit impressed me terribly. The kitchen was a basement one, reached by a cool vaulted corridor with something of the feel of a castle dungeon. An extraordinary number of people seemed to be coming and going along it with hampers and trays. The girls had such a mountain of crockery to wash, my mother rolled up her sleeves to help them; and to my very great delight, as a reward for her labour I was allowed to take my pick of the jellies and 'shapes' that had come back uneaten from the fete. I was put to sit at a deal-topped table, and given a spoon from the family's own drawer — a heavy thing of dulled silver, its bowl almost bigger than my mouth.

But then came an even greater treat. High up on the wall of the vaulted passage was a junction-box of wires and bells, and when one of these bells was set ringing, calling the parlourmaid upstairs, she took me with her, so that I might peep past the green baize curtain that separated the front of the house from the back. I could stand and wait for her there, she said, if I was very good and quiet. I must only be sure to keep behind the curtain, for if the Colonel or the missus were to see me, there'd be a row.

I was an obedient child, as a rule. But the curtain opened onto the corner junction of two marble-floored passages, each one filled with marvellous things; and once she had disappeared softly in one direction, I took a few daring steps in the other. The thrill of it was astonishing. I don't mean the simple thrill of trespass, I mean the thrill of the house itself, which came to me from every surface — from the polish on the floor, the patina on wooden chairs and cabinets, the bevel of a looking-glass, the scroll of a frame. I was drawn to one of the dustless white walls, which had a decorative plaster border, a representation of acorns and leaves. I had never seen anything like it, outside of a church, and after a second of looking it over I did what strikes me now as a dreadful thing: I worked my fingers around one of the acorns and tried to prise it from its setting; and when that failed to release it, I got out my penknife and dug away with that. I didn't do it in a spirit of vandalism. I wasn't a spiteful or destructive boy. It was simply that, in admiring the house, I wanted to possess a piece of it — or rather, as if the admiration itself, which I suspected a more ordinary child would not have felt, entitled me to it. I was like a man, I suppose, wanting a lock of hair from the head of a girl he had suddenly and blindingly become enamoured of.

I'm afraid the acorn gave at last, though less cleanly than I'd been expecting, with a tug of fibre and a fall of white powder and grit; I remember that as disappointing. Possibly I'd imagined it to be made of marble.

But nobody came, nobody caught me. It was, as they say, the work of a moment. I put the acorn in my pocket, and slipped back behind the curtain. The parlourmaid returned a minute later and took me back downstairs; my mother and I said goodbye to the kitchen staff, and rejoined my father in the garden. I felt the hard plaster lump in my pocket, now, with a sort of sick excitement. I'd begun to be anxious that Colonel Ayres, a frightening man, would discover the damage and stop the fete. But the afternoon ran on without incident until the bluish drawing-in of dusk. My parents and I joined other Lidcote people for the long walk home, the bats flitting and wheeling with us along the lanes as if whirled on invisible strings.

My mother found the acorn, of course, eventually. I had been drawing it in and out of my pocket, and it had left a chalky trail on the grey flannel of my shorts. When she understood what the queer little thing in her hand was, she almost wept. She didn't smack me, or tell my father; she never had the heart for arguments. Instead she looked at me, with her tearful eyes, as if baffled and ashamed.

'You ought to know better, a clever lad like you,' I expect she said.

People were always saying things like that to me when I was young. My parents, my uncles, my schoolmasters-all the various adults who interested themselves in my career. The words used to drive me into secret rages, because on the one hand I wanted desperately to live up to my own reputation for cleverness, and on the other it seemed very unfair, that that cleverness, which I had never asked for, could be turned into something with which to cut me down.

The acorn was put on the fire. I found the blackened nub of it among the clinker, next day. That must have been the last grand year for Hundreds Hall, anyway. The following Empire Day fete was given by another family, in one of the neighbouring big houses; Hundreds had started its steady decline. Soon afterwards the Ayreses' daughter died, and Mrs Ayres and the Colonel began to live less publicly. I dimly remember the births of their next two children, Caroline and Roderick — but by then I was at Leamington College, and busy with bitter little battles of my own. My mother died when I was fifteen. She had had miscarriage after miscarriage, it turned out, all through my childhood, and the last one killed her. My father lived just long enough to see me graduate from medical school and return to Lidcote a qualified man. Colonel Ayres died a few years later — an aneurism, I think.

With his death, Hundreds Hall withdrew even further from the world. The gates of the park were kept almost permanently closed. The solid brown stone boundary wall, though not especially high, was high enough to seem forbidding. And for all that the house was such a grand one, there was no spot, on any of the lanes in that part of Warwickshire, from which it could be glimpsed. I sometimes thought of it, tucked away in there, as I passed the wall on my rounds — picturing it always as it had seemed to me that day in 1919, with its handsome brick faces, and its cool marble passages, each one filled with marvellous things.

Reprinted from THE LITTLE STRANGER by Sarah Waters by arrangement with Riverhead Books, a member of Penguin Group (USA) Inc., Copyright © 2009 by Sarah Waters 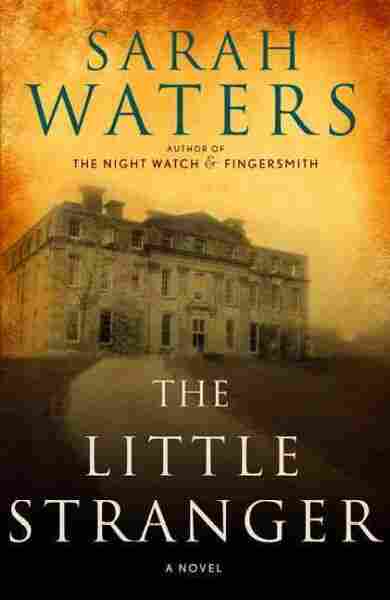