Accessibility links
Is Sotomayor A Friend To Business? According to legal experts who have reviewed the Supreme Court nominee's rulings, she is neither for business interests nor against them. But even those who conclude she has been a pro-plaintiff, anti-business judge say it does not justify a vote against her confirmation. 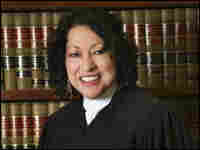 According to legal experts who have reviewed Judge Sonia Sotomayor's rulings, she is neither for business interests nor against them. Stacey Ilyse/Courtesy of the White House hide caption 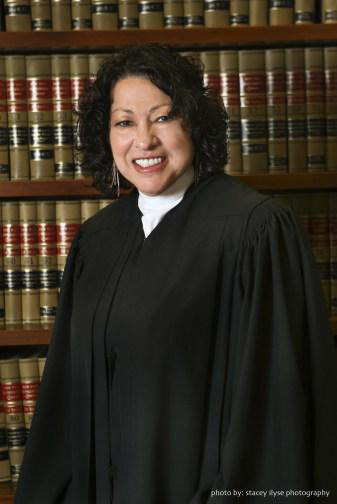 According to legal experts who have reviewed Judge Sonia Sotomayor's rulings, she is neither for business interests nor against them.

Stacey Ilyse/Courtesy of the White House

Sonia Sotomayor basically had two jobs before she became a judge. For five years she was a prosecutor in the Manhattan district attorney's office. And for eight years, she was a lawyer representing corporations at a small but prestigious New York firm.

Among her clients at Pavia & Harcourt was Italian handbag retailer Fendi, and among the things she did for Fendi, famously, was to accompany police when they raided a counterfeiting operation in Harlem.

That's good color for a personal profile, but it isn't what business interests really care about. What they care about is whether she is for " 'em or against 'em." And the answer, according to many who have reviewed her rulings, is neither.

Stanford professor Joseph Grundfest, a former Securities and Exchange commissioner, notes that in the three big securities cases Sotomayor authored, one favored investors who were suing and two favored the securities industry.

The one that favored investors, which was a highly technical case, was actually reversed by a unanimous vote of the U.S. Supreme Court.

"I think she's calling these shots fairly as she sees them, with no proclivity towards plaintiffs or defendants," says Grundfest. "We can all disagree with her interpretation of complex statutory matters, but I don't think she's approaching these questions with any thumb on the scale whatsoever."

"What's interesting about looking at the range of her jurisprudence is that it's impossible to put her in a particular box as pro-business, anti-business," Pincus says.

'Shudder In Its Boots'

President Obama has not backed away from his notion that empathy is a quality to be desired in a judge — a position that has drawn harsh criticism from some of his political opponents. But some of Sotomayor's written opinions on questions affecting business are decidedly unempathetic.

In one case involving a TWA airline crash, she dissented from a decision that sided with the families of the 213 people killed. Siding with the airline, she said the majority's decision was based on what she called an understandable desire to provide more generous damages to the families of the victims. But, she said, the law does not allow that.

Nonetheless, some business conservatives are worried about Sotomayor. University of Chicago professor Richard Epstein wrote in a Forbes magazine blog that business should "shudder in its boots" — if her vote in a property rights case is indicative of her approach. But, he concedes, even that case is not enough to justify a vote against her confirmation.

"As best as I can tell, there is nothing about her opinions that stands out one way or another. There would be no grounds to oppose her nomination whatsoever," Epstein says. "This is just simply, as I said in the Forbes piece that I wrote, a straw in the wind."

Michael Greve, a senior fellow at the American Enterprise Institute, wrote in the National Review Online that Sotomayor is "one of the most aggressively pro-plaintiff, anti-business appellate judges in the country."

But pressed to cite specifics, Greve concedes that the signs he sees of an anti-business bias are not neon.

One of the Sotomayor cases that galls Greve most is her 2001 opinion in an antitrust case brought by merchants against Visa and MasterCard over fees the credit companies charged, an opinion that ultimately cost the companies over $1 billion.

Supreme Court advocate Russell agrees that the standard Sotomayor set for allowing a class-action suit in that case was lenient. But he notes that five years later, Sotomayor joined other members of her court in making it harder to bring such suits and, in effect, reversing her own previous opinion.

"I think it reflects that when she decides that she has made a mistake, she is willing to own up to it," says Russell.

AEI scholar Greve doesn't buy that argument. He thinks Sotomayor's colleagues persuaded her. Even so, though, Greve does not believe that is any basis for voting against the nomination.

"On the merits, she's supremely qualified, in my estimation," Greve says. "Is she the person who I would want on the Supreme Court? Absolutely not. Is there anything there, barring some unlikely scandal, that I would say she doesn't belong there? No. Not in a million years."