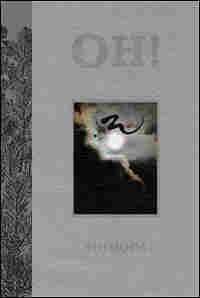 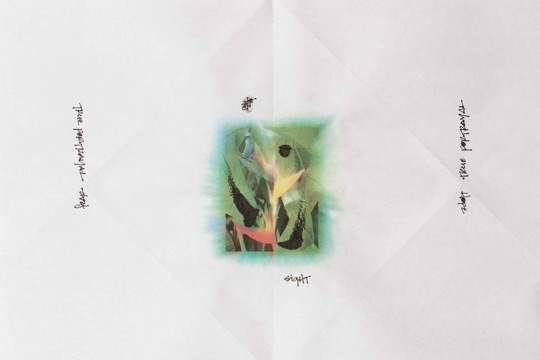 Sight is one of nearly 50 giclee prints created by Linda Shimoda Oh!. 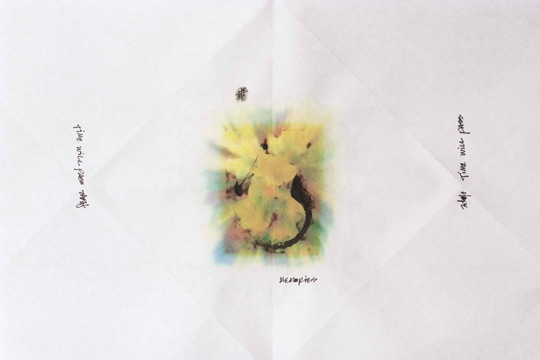 Wash and sumi ink on rice paper reflect the emotional state of the main character, this image is titled Memories.

I take the bus to Takegawa, a town at the edge of Aokigahara Forest. Several military men and a few women are walking around the main street. American military I should clarify, young Marines from a nearby base. They look a lot younger when they are out of their uniforms. They have bad haircuts and fierce tattoos on their arms. The locals must be used to seeing them because they don't give the Marines a second glance. Sometimes the Marines get down into Numazu, strolling the streets for inexpensive souvenirs, eating at McDonald's and KFC, frequenting the discos and Americanstyle bars.

They must think I'm Japanese and don't understand English because when I happen to be in earshot they say some pretty crude things about the locals. Well, not all of the Marines do this. Actually, probably only a few. I stop at a convenience store, grab a bottle of water and an energy bar. I pay for them, as I'm no longer committing petty crimes. Since I'm the only customer I ask the clerk, a cheery looking young guy, maybe twenty, twenty-two, if he heard about the latest suicide at Aokigahara.

"How did you know?" I think I speak pretty good Japanese.

"Your accent. I'm good at detecting accents. Say something in English."

I rattle off my question in English.

He cocks his head and says, "Southern California?"

A pretty good trick. "How did you know that?"

"I study accents. I can discern all regional dialects in Japan, and now I'm studying America. We get a lot of Americans in here so I've been tuning my ear. My skill doesn't have much value but it's a good conversation starter with strangers. So what do you want to know about the suicide last week? More importantly, why?"

"I'm writing an article about the suicides in Aokigahara."

"Are you a journalist or an academic?"

"I'm a researcher for a psychology professor."

"Most of the locals don't want to talk about the suicides. It's not something they want to be famous for."

"How about you? Don't want to talk about it either?"

"Where did it happen exactly for a start. I'd like to go to the actual scene.

He scratches the back of his head. "That was their mistake. They stopped right off the main road. They should have gone back in further. Everyone knows the cops are patrolling. Well, usually patrolling. Some of them just go up the forest and take a nap." On the back of a receipt, the clerk sketches me a map.

"Thanks. Is it true they cut their own throats?"

"That's what I heard. Of course I didn't see it with my own eyes."

"Were they from around here?"

"No. Two from Tokyo, one from Nagoya."

"They came far to commit suicide." The clerk shrugs. "It's Aokigahara. Like it or not, it's the most famous spot in Japan for suicide."

It takes me about twenty minutes to walk to the suicide spot. Just off the main road there is a turnoff onto a narrow road that I recognize. It's the same farm road I found when I was lost. A kilometer or so up the road is the field where I ran into the farmer. I sit on a guard rail post and sketch in that geographical information, including the terraced fields and stream. When I remember the shrine, I mark it too. I'm sure my scale is way off, and I'm not sure why I feel the need to add my personal knowledge to the map. It just seems incomplete without it.

There's still some evidence of the suicide: sets of tire marks in the soft ground, gravel spewed across the asphalt, four official stakes marking the spot where a car was parked. I look around to find something that they might have seen in the last moments alive. Of course the last views would have been the inside of the car, a police officer pounding on the window, the blade of a knife. But in the moments before that, they might have lookd out the car, taking in the scenery for the last time.

Standing in the marked spot, I can see the sky. Of course, that might be obscured by the car roof. I lower my gaze and follow a dense stand of trees up a slope to a rock outcropping. A lone tree, some type of pine, is growing out of the rocks at a severe angle, its roots exposed and gripping the rocks.

That's the last thing I would have seen if I'd been in the car. I make a sketch of the tree and snap a photo. I jot down a few thoughts, the beginnings of a poem, in a notebook. Before I go back into town, I walk along the farm road toward the little, makeshift shrine. For an unknown reason, I'm drawn back to it, wanting to absorb its details, maybe sketch it too.

When I get to where the shrine should be, I can't find it. I poke around the brush in widening circles in case I'm off a few feet. Finally, I find a bare spot on the ground. I'm sure this is where the shrine should be, just off the path roughly between a rock and a tree. Looking closely at the ground, I can tell the scraping marks were made with the flat blade of a shovel.

Copyright 2009 by Todd and LJC Shimoda . All rights reserved 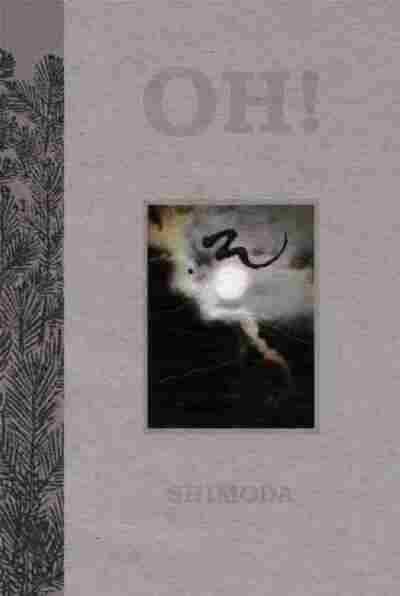 A Mystery of "Mono No Aware"