Accessibility links
Memories Of Horseplay And Camaraderie At Camp As a kid, Weekend Edition host Scott Simon spent many of his summers with the same group of guys at Camp Indianola in Wisconsin. At a time when 12-year-old boys were wondering how to be men, camp counselor Neil Cohen of Centralia, Ill., gave them the best possible example. 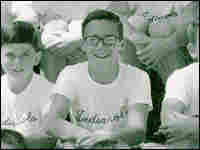 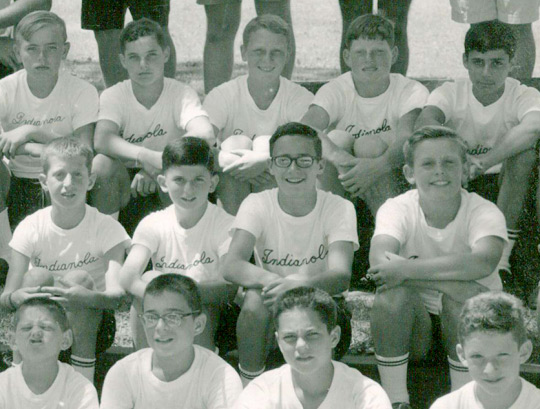 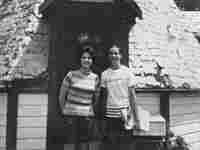 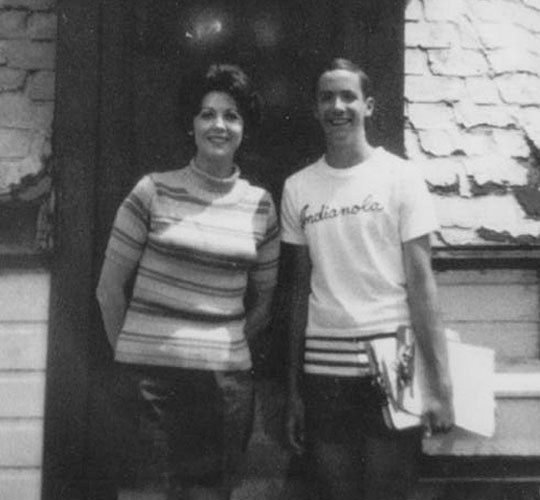 Scott Simon with his mother, Patricia Lyons Simon, at Camp Indianola in Madison, Wis., circa 1967.

The Place And Memory Project

In four projects, independent producers are exploring new ways to blend public media with the digital space — part of an initiative that began with the Association of Independents in Radio. For more stories, check out our Maker's Quest page or visit the projects' home sites below:

Throughout the summer, Weekend Edition will feature stories from The Place and Memory Project, which chronicles the places we knew that are now long gone.

I was pleased that our summerlong Place and Memory series afforded me the chance to get together with a couple of friends from an important place that now just exists in our memories: Camp Indianola, in Madison, Wis.

I went to Indianola, along with a group of guys in our cabin (city kids stranded in the woods) that more or less remained the same through cabins 14, 18, Cedar Lodge (some lodge), and Crow's Nest: Stu Cohn, Billy Leavitt, Jack Gerstein and Bruce Passen. We played baseball, ran track, swam in the lake, made lanyards (remember those?), sang silly songs and told appalling jokes.

And we loved it. The combination of horseplay and camaraderie, being almost on your own but surrounded by friends, helped us grow up just a little bit more each summer.

With warm regards to all of the counselors we had, I think we all had our favorite in Captain Neil in Cabin 18. He was also the baseball counselor and had turned down a professional league contract to go to Yale (then Harvard Law, then Cambridge).

At a time when 12-year-old boys were wondering how to be men, Neil Cohen of Centralia, Ill., gave us the best possible example. He was smart, funny, honest and fair. He taught us how to sing, "Bulldog, bulldog, bow-wow-wow, Eli Yale!" He bought me my first New York Times (back when the papers would arrive three days later in the Midwest). He read sections of the political novel that I wrote over the summer that I was 12 and indulged me with serious comments. Neil went on to become a famous prosecutor and law professor.

The fact that I become a journalist and novelist, and so many in our cabin (Billy and Stuey) became lawyers, might have something to do with the encouragement and example of Neil Cohen. I just wonder: Did being our counselor persuade Captain Neil to devote his life to prosecuting criminals?

We had a wonderful small reunion on the air this week: Stu Cohn, Captain Neil and me. We agreed to hold the next one at Wrigley Field. I see Stuey every few months in Chicago, but I hadn't seen Neil since he was dean of the law school at the University of Tennessee (this year he will teach courses as a visiting professor at Brooklyn Law and Florida State). Between all the jokes and asides, we remembered how golden it was to sing taps every Sunday night at the Camp Indianola council fire:

Day is done. Gone the sun. From the hills, from the lake, from the sky. All is well. Safely rest. God is nigh.

Click the red 'Listen' link above to hear that on-air reunion. And watch for more stories from the Place and Memory series throughout the summer.