Accessibility links
Sotomayor's Real-World Schooling In Law And Order As an assistant district attorney in Manhattan in the early '80s, Sonia Sotomayor said she had trouble prosecuting cases involving petty crimes that she saw as motivated by poverty. She had no such qualms with felony cases and played a key role in convicting New York's infamous "Tarzan burglar." 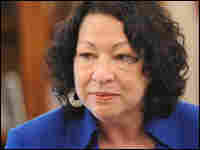 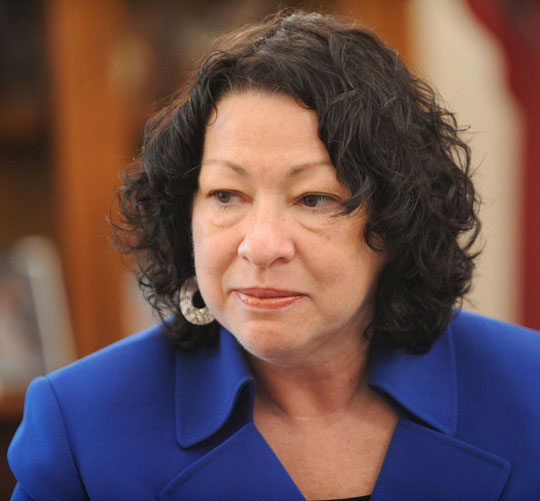 The Manhattan district attorney's office has been a steppingstone for ambitious prosecutors for generations, and the man who has headed it since 1975 is Robert Morgenthau. Renowned for finding talented young lawyers before they even finish law school, he recently recalled a tip he got from Jose Cabranes, then-counsel to Yale University and a teacher at its law school.

"I asked him, 'Do you have any good students for us at the Manhattan D.A. office?' " Morgenthau said. "And he thought a moment and said, 'I have one student. I don't think she's ever thought about being an assistant D.A., but I think she'd be very good. Her name is Sonia Sotomayor.' That's how I met her. I interviewed her, I offered her a job, and she accepted."

So in 1979, Supreme Court nominee Sonia Sotomayor left Yale and went to work for Morgenthau.

She signed on at a time when New York City was a dangerous place: The crime rate was skyrocketing. There were nearly 2,000 homicides a year — that's nearly four times the murder rate in the city today. Drug-dealing was rife. A walk in Central Park after dark was an invitation to a mugging.

"There was a general pervasive sense of lawlessness, and that was backed up by statistics," said Hugh Mo, an assistant district attorney in Manhattan at the time.

The crime spree in the city kept the young assistant district attorneys busy. Typically, they were working frenetic hours, juggling 80 to 100 cases at a time.

They started out working petty crimes, like shoplifting and minor assaults. Sotomayor told The New York Times in 1983 that she had trouble prosecuting those cases. She saw them as motivated by poverty. When Sotomayor moved to felonies six months later, she said she was in her element.

One of those violent crime sprees had terrorized central Harlem for more than a year.

Between 1981 and 1982, a criminal known as the "Tarzan burglar" was swinging on ropes tied to rooftops and breaking into apartments by crashing through windows. Sometimes he merely robbed the apartments. Other times, he came through the glass with guns blazing.

Mo said the case had a little bit of everything: murder, assault, burglary, weapons possession. By the time police finally arrested a suspect, the Tarzan burglar had murdered three people, shot at a half-dozen more and was thought to be behind more than 20 burglaries.

"That case is almost like a case that encompasses all that we normally associate with society being engulfed by crimes," Mo said. "It was a prosecutor's dream."

In Morgenthau's office, young prosecutors don't try homicides on their own — they have to work with a more senior attorney first. Mo got the Tarzan case, and Sotomayor was assigned to help him. It was her first murder case. Mo said Sotomayor threw herself into her work. She visited crime scenes, cataloged evidence and interviewed witnesses. He said she had a deft touch.

"She had that uncanny ability of putting together a complicated set of facts and distilling them into a very simple story that would resonate with the jury," Mo said. "That's unusual for a young attorney."

Mo let her present half the case in court, something he said rarely happened with a new attorney in that office. The Tarzan burglar, Richard Maddicks, was convicted. He got 62 years to life.

Morgenthau said it was one of the most important cases Sotomayor worked on "because of the length of the sentence there and the severity of the crime." She also worked the first child pornography case under a new New York statute. In the case, two New York-area residents were accused of selling pornography out of a Manhattan bookstore. Among the materials they were peddling were films featuring children who were as young as 7. Sotomayor won a conviction in that case, too.

Morgenthau said Sotomayor impressed not just him, but the other lawyers she worked with. "As one of the assistants — who had gone to college out of law school with her and came here to the office — said, 'She was always a step ahead of the rest of us,' " Morgenthau said. "She was a quick study, a very hard worker, a very good lawyer, and she just did extremely well."

Well enough to have Morgenthau assign her to a variety of cases. "If someone broke the law, she was going to prosecute them," Morgenthau said.

While it is tempting to do a survey of Sotomayor's time in the district attorney's office to ferret out some sort of judicial philosophy, it doesn't really work that way. What Sotomayor took from her five years there was an up-close view of what it is like on the front lines of the U.S. justice system. That chapter in her life makes her different from most nominees to the high court.