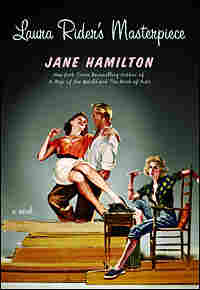 Just because Laura Rider had no children didn't mean her husband was a homosexual, but the people of Hartley, Wisconsin, believed he was, and no babies seemed to them proof. They also could tell by his heavy-lidded eyes that were sweetly tapered, his thick dark lashes, his corkscrew curls, his skinny legs and the springy walk, and the fact that he often looked dreamily off in thought, as if he were trying to see over the rainbow. In the municipal chambers at a public meeting, a town councilman had once said that Charlie Rider needed a shot of testosterone. It was a mystery to Laura that in Hartley, population thirty-seven hundred, people who had never been to a gay-pride parade or seen any cake boys that they knew of outside of TV actors, were so sure about Charlie. She assumed that, like any place, the town was laced with fairies, not visible to the naked eye, but Charlie, she could testify, was not one of them. Laura herself had not been to a pride parade, but her personal experience included her flamboyant uncle Will, her outrageous cousin Stephen, her theatrical playfellow Bubby from the old neighborhood, and also Cousin Angie, who had tried to shock them all by having a lesbian phase in college. No one in the family, it turned out, cared.

Mrs. Charles Rider was the one qualified to set the residents straight about her husband, not because of her expertise with her various beloved queens, but because of her long life so far with the man himself. Make no mistake, Laura would have liked to say, Charlie Rider was crazy about women. Charlie was not squeamish. Charlie, if they must know, worshipped the pudendum. She wanted to lambaste the town, to tell them that the cruelty he had endured through his school years had been grossly misplaced. In the bedroom he was not only at the ready, always, he was tender, appreciative, unabashed, and, incidentally, flexible. A night with Charlie was equivalent, both for burning calories and in the matter of muscle groups, to doing the complete regime of the Bowflex Home Gym. Charlie emphatically was not fag, swisher, fembo, Miss Nancy, chum chum, or any of the other names he'd been called since second grade. It had always impressed Laura that a town that thought it had so few gays had so many labels for the aberration that was supposedly her husband.

The real problem was that, after twelve years of marriage, Laura had become permanently tired of his enthusiasm. She'd realized that if you gave an inch you were in for the mile, that if you were even occasionally available he assumed the welcome mat was always on the stoop. She disliked the whole charade of fatigue or preoccupation, but she hated, too, how the pressure of his need had jumbled not only her body but her brain. She was losing her mind, losing her ability to stay focused and organized. When he hung around her study after dinner, when his sighs seemed to blow through the house, she knew she'd have to give up her beautiful, well-thought-out plan for a productive evening. And for what? Come morning, there he'd be, eyeball to her eyeball, fresh, apparently, as a daisy, as if months, not hours, had passed since the last full-body slimnastic routine.

Both before and after she'd quit sleeping with him, she'd read articles and books about sexual fatigue. There were features in women's magazines, often with photographs of bombed-out wives, shoulders sagging, bags under the eyes, sitting on perfectly made beds. Laura understood that she was among millions, that she was another casualty in what was clearly a national epidemic. She had explained it to Charlie as kindly as she could, saying that, just as a horse has a finite number of jumps in her, so Laura had used up her quota.

"What if we take down a few of the fences on the course? Lower the bars? Shorten the moat by the boxwoods? How — how about trying a --"

"I'm sorry," Laura said, and in the moment she did feel a little rueful. "Charlie, I am sorry, but can't you see? I'm out to pasture."

Her secret fear about this new phase of their life was that, without his one superb talent, which, she granted, had given her hours of pleasure and even, she would say, fulfillment — without that contribution to the household, she wondered if he actually had all that much else to offer, if he would prove to be worthless. What a terrible thought! She didn't mean it. But might he be like a quarterback who, once retired, didn't have the smarts to buy a restaurant chain or a fitness club? When such ideas, unpoliced, crept up on her, she strenuously defended Charlie to herself. He had a multitude of virtues: his help to her in their business, his sunny nature, his ability to make jokes about catastrophes, his flights of fancy, and the fact that when they made up stories together about, for instance, their own cats, they were so united in their invention it was as if they inhabited the same brain.

Aside from the Riders' separate bedrooms, there were several details about Laura that the people of Hartley would have thought they had no need to consider. They knew she was artistic with plants, but landscape and horticulture were subjects they believed a girl could learn about by looking at seed catalogues. They did not know that she had lived with her sister for a year, and nearly every day gone to the University Library to study garden books. Also, she read novels, a habit none of her friends, and no one in the family, shared. It was a quirk her sisters would think was an affectation — Laura, the community-college dropout, trying to show off. It was because of this imagined censure on Laura's part that she was sensitive about — and, indeed, embarrassed by her hobby. No one knew that she had read every single one of the TV Book Club novels; that is to say, she read them all until the format changed, until the show featured only dead authors. Laura had stopped cold the summer the nation of viewers were to read three books by William Faulkner. She quit after thirty pages of the first for reasons she believed that anyone interested in a comprehensible story-line could understand. 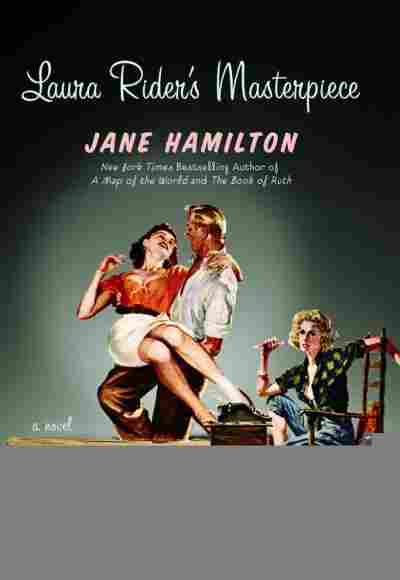