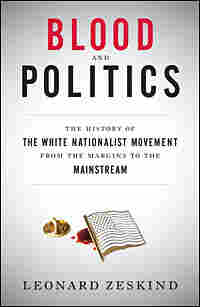 Blood and Politics: The History of the White Nationalist Movement from the Margins to the Mainstream
By Leonard Zeskind
Hardcover, 656 pages
Farrar, Straus & Giroux
List price: $37.50 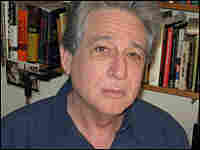 Leonard Zeskind has described himself as a "lifelong activist" who hopes to repair "a badly torn world." hide caption

For all the ignorance, bigotry and hostility shown by the subjects of Leonard Zeskind's Blood and Politics: The History of the White Nationalist Movement from the Margins to the Mainstream, this exhaustive chronicle is oddly heartening. Hate, as it turns out, is hard work, and most of Zeskind's crackpot ideologues — his "mini-fuhrers," self-proclaimed messiahs and grand dragons — simply don't have the wherewithal to spread it beyond the fringes of respectability.

The author certainly demonstrates the existence of a latent and simmering disquiet within certain sectors — geographical, theological, economic or otherwise — of white America. Violent acts and political campaigns abound in his book's 60 chapters, but for the most part they are localized and isolated incidents.

Caught between a phalanx of "vanguardists," who seek to create a new America altogether (often a facsimile of the old Confederacy), and a rear guard of "mainstreamers," who want to remake society via existing social and political avenues, the white supremacists of Blood and Politics show themselves capable of committing a murder here and a bank job or armored car robbery there. But they have been unable to develop a unifying philosophy of who they are and who they're fighting against. Some count themselves more Christian than white, others more anti-Semitic than Christian, still others more anti-black than anything else.

The meticulously reported catalog of folly can be repetitive, and Zeskind must be forgiven for his occasional lapses into snark and contempt (though some readers might wish for more bias). Wisely, the writer takes breaks from his on-the-ground reporting at Klan rallies and white-power mosh pits to explain some of the political, philosophical and religious vagaries of modern white supremacy.

Especially interesting is the theological justification for anti-Semitism by the disciples of Christian Identity, the denomination of choice for American bigots. In their "two-seed" theory, Jews are descended from Cain, the evil twin secretly seeded within Eve by Satan, while Christians are the offspring of Abel, the martyred and Adam-sired good twin. Each splinter of white nationalism, Zeskind illustrates, requires of its adherents some sort of bizarre leap of faith along these lines.

The recent murder of a security guard at D.C.'s Holocaust museum reminds us that racial and religious fanaticism live on in the U.S. But thankfully, while a handful of bigots are still grumbling on about the South's loss of the Civil War, the tyranny of "ZOG" (the "Zionist Occupied Government" currently reigning in Washington) and the "eight Jewish families" who "own" the Federal Reserve, some 70 million others have, in a testament to the overwhelming tolerance of contemporary American society, gone ahead and elected Barack Obama president.

It may have taken three and a half decades, as Blood and Politics bears out, but Americans have decided that latter-day white nationalism's flag-waving xenophobes and zine-publishing skinheads are actually the most un-American citizens of all.

Title
Blood and Politics: The History of the White Nationalist Movement from the Margins to the Mainstream
Author
Leonard Zeskind