Accessibility links
A Guide To The Gritty Side Of The French Language Merde Encore is a pleasure so guilty that even the author, Genevieve, does not divulge her last name. And though Firoozeh Dumas keeps it hidden in the back of her shelf, she nevertheless finds it handy for learning to speak French the way a textbook would never teach her. 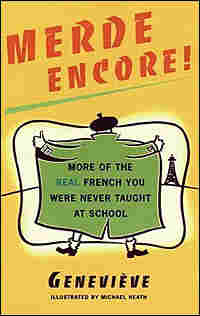 When we moved to America in 1972, we expected my father to translate for us. He had taught English in our hometown of Abadan, Iran. He knew how to conjugate verbs and to use adjectives correctly. He even knew the presidents in order. But once we arrived here, we discovered that my father could not actually speak to any Americans. According to him, Americans did not speak English.

Spoken English is bootylicious; it's chill; it's sick; it's phat; it's a whole other creature.

By marrying a Frenchman, I became my father -- that person who can read books in another language but who can not understand anyone under the age of 30, or anyone involved in the music scene. Yes, given the opportunity, I would be able to hold my own with Maurice Chevalier, but I wanted to be able to eavesdrop in the metro stations. I wanted to learn gritty French, the French spoken by those guys who burn cars.

This is how I crossed paths with Merde Encore, a pleasure so guilty that even the author, Genevieve, does not divulge her last name. This is the sequel to her first book, Merde, which means "beep" in English. These books purport to teach you the real French you were never taught in school.

It was from Genevieve that I learned the phrase couleur caca d'oie, meaning "the color of goose feces." Ask your co-workers what color that is, and most will say brown. Wrong! Goose feces are a yellowish-green hue. This phrase, which is actually used by adults and not just by adolescent boys, also shows the importance of geese in French culture. It is, after all, the overstuffed liver of the goose that produces the controversial foie gras. 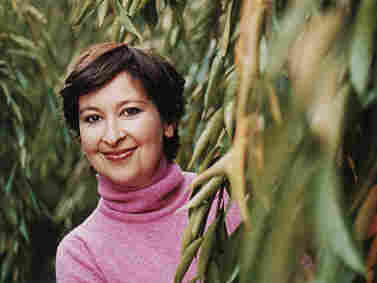 Firoozeh Dumas is the author of Laughing Without an Accent. She moved to America in the second grade, knowing exactly seven words of English. She still keeps in touch with her teacher, Mrs. Bonnie Sandberg. Courtesy of Firoozeh Dumas hide caption

Recently, Carla Bruni made headlines by calling her husband, President Sarkozy, "my cabbage," "mon chou." There's a whole chapter in Merde Encore on the use of food in French idioms. "My cabbage" just means "my honey" in English -- which, by the way, in Persia would be "my liver (jiggareh man)."

The book is not limited to spoken French; there's also an entire chapter on hand gestures. You may not want to use them, but it's good to know what the taxi driver was trying to tell you when you crossed the street right in front of him.

Genevieve, who lives in Switzerland, is clearly annoyed with the French. She gives her two centimes worth of why the French are "selfish, macho drivers who tailgate," and why the rooster -- "that vain, strutting, loudmouthed, ridiculous creature" -- is the national symbol. My French husband finds this book hilarious. My French in-laws, however, have never seen it. That's because I keep it in the back of my bookshelf, behind the books by Balzac and Baudelaire. 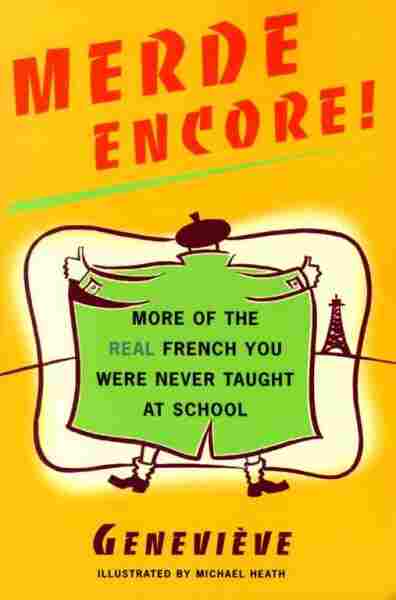 More of the Real French You Were Never Taught at School

by Genevieve and Michael Heath

Title
Merde Encore!
Subtitle
More of the Real French You Were Never Taught at School
Author
Genevieve and Michael Heath