Accessibility links
A Surgeon's Memoir Of 'Full Face Transplant' In 2008, Dr. Maria Siemionow and a team of doctors made history when they performed the first near-total face transplant in the United States. Siemionow writes about the procedure in the memoir Face to Face. 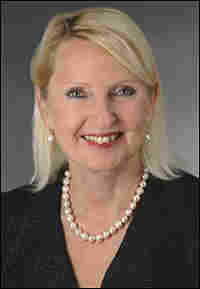 Dr. Maria Siemionow is the first U.S. physician to receive approval for facial transplantation surgery and the first to perform it. Cleveland Clinic hide caption

Surgeon Maria Siemionow made history in 2008 when she and a team of doctors performed the first near-total face transplant in the United States.

The patient, Connie Culp, had been severely disfigured by a shotgun blast to the face. In a 22-hour procedure, Siemionow's team transplanted 80 percent of Culp's face. In May 2009, Culp came forward and revealed her new face to the world.

Siemionow is the director of Plastic Surgery Research and head of Microsurgery Training in the Plastic Surgery Department of Cleveland Clinic. She writes about the ground-breaking surgery in her memoir Face to Face: My Quest to Perform the First Full Face Transplant. 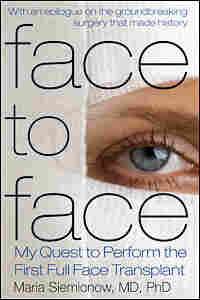 It was a Saturday in Finland, early 1980, with winter still heavy on the land. At that latitude, the days are short and time reckoned by sunrise or sunset can be confusing, but I remember that it was afternoon. The young man arrived at the hospital on a gurney. His hand came in on ice in a box.

He and his friends had been chopping firewood. His hand had been at the wrong place at the wrong time. The details of the accident didn't matter, although no doubt they remain forever seared into the young woodchopper's memory: the thud of the ax, the crunch of bone, and the sudden realization that the object looking so out of place on the ground next to his muddy boot was his hand.

His life changed on that gray day.

I'd come to what was then called the Orthopaedic Hospital of the Invalid Foundation (it is now ORTON Orthopaedic Hospital) in Helsinki to study with the noted Finnish microsurgeon Dr. Simo Vilkki. It had been a two-day trip on a passenger ferry from Poland's northern port of Gdansk to Helsinki on the southern coast of Finland. During the day, my fellow travelers and I would look over the railings to see icebergs moving lazily through the dark Baltic Sea. At night, we lay in our berths, listening to the throbbing engines and the cold waves beating against the hull, and wondered where the icebergs were.

I arrived in March at the great port city to begin two months of training in hand surgery. Owing to the complexity of the anatomy involved, this is a particularly challenging specialty. Hold your hand to your face and wriggle your thumb and fingers. There are 27 bones controlled by 28 muscles. Your hand can grasp a baseball bat and pick up a needle; it's strong enough to crush an orange and sensitive enough to pick up a feather without disturbing its shape; it knows hot and cold and pain. When the nerves, tendons, veins, and arteries that serve this wonderfully engineered mechanism are severed, say by a misdirected ax, it takes hour upon long hour to reconnect everything and restore some degree of utility.

I suspect that it was because hand surgeries are exceedingly long endeavors that Dr. Vilkki called me. After all, it was a Saturday and the hospital's residents, some with greater experience than mine, were all conveniently indisposed. None seemed to want to spend the afternoon, night, and most of Sunday morning in an operating room. But I saw the opportunity to scrub in with Dr. Vilkki as a gift, an unexpected bit of fortune borne of misfortune. At the risk of sounding callous, I can testify that amputations are rare events and the opportunity to watch and assist one of the Europe's most skilled surgeons, a pioneer in hand surgery, was an opportunity indeed.

The hand had been severed just above the wrist. The patient was lucky. If the ax had fallen below the wrist, it could have wrecked some very delicate and complex anatomical structures. He was also fortunate that the instrument had been an ax. Many lose limbs in horrible automobile or industrial accidents that leave the limbs too mangled to reconstruct and reattach.

The woodchopper's hand, pale and lifeless, was not in terrible shape, but it needed debridement (the cleaning and removal of contaminated tissue). Arteries and veins had to be cleaned of dirt, debris, and clotted blood. Nerves, ligaments, and tendons had to be identified and prepared for reattachment to their counterparts on the patient's arm.

Dr. Vilkki and I were in one room cleaning the delicate structures of the hand. Other doctors were in an adjacent room preparing the end of the man's arm. There are tricks that surgeons use to identify small anatomical structures. We mark a vein by slipping a suture (surgical thread) though it and snipping both ends of the thread short. Longer sutures mark arteries. Nerves may be identified by a suture with one long end and one short end. When the hand and arm are debrided and juxtaposed with the marked nerves, arteries, veins, and tendons, it soon becomes apparent which structures are to be attached to one another.

For several hours Dr. Vilkki and I bent over the hand. We spoke quietly to each other, noting the appearance of an artery, the location of a nerve, the damage to a tendon, but for the most part we worked in silence, focusing on the pale object before us. When we finished, the hand was wrapped in a towel and carried into the operating room on a tray.

The appendage was lifeless and had been kept cold intentionally. Chilling almost any tissue extends its viability by slowing cellular metabolism. One of the things aspiring surgeons must get used to after working in the warmth of a patient's body and blood is picking up a chilled organ or extremity. The anesthetized patient's arm lay on a table beside him. The hand and arm were brought together and the reattachment procedure began. Bones are joined first to give stability to the arm and hand, and to allow the remainder of the work to proceed. There were the sounds that attend operating rooms the world over: the small whirr, tick, and beep of various electronic monitors and machines, the soft wheeze of ventilators, the clatter of instruments being dropped into trays.

Scalpels and clamps fall with a jangle. Microsurgical needles barely make a sound. The average human hair is 60 to 90 microns (a micron is one millionth of a meter) thick, whereas microsurgical needles range in diameter from 40 microns to 100 microns. It would require a microscope to thread them, so they come with sutures attached. After several sutures are placed, the thread becomes too short to use. The needle is discarded, dropped into a tray with a tick; the surgeon takes another, stretches his or her neck, perhaps flexes a hand, and bends back over the work and into a world of minute veins, arteries, nerves, and tendons circumscribed by the view through the microscope's lens.

There was a very distinct moment in the procedure that remains with me today. When the arteries and veins were connected, Dr. Vilkki spoke quietly to a nurse. She released a clamp and blood began to flow. The color of the hand went from pale to pink. As it turned from a lifeless assembly of shattered bones and flesh destined for a surgical waste bin into a structure that once again might hold a cup of coffee or wipe a tear from a child's face, I knew immediately what my medical specialty would be: I was going to be a hand surgeon.

My amazement at the rejuvenation of the hand was easily exceeded by the expression on the patient's face when he came out of the fog of anesthesia. He had gone to sleep knowing that his hand had been chopped off, and he awoke to find it reattached. His expression of wonder and gratitude only reinforced the decision I had made as the hand began to turn pink.

This remarkable transplant is more accurately described as an autograft or hand "replant" since the patient's own limb was reattached. A true transplant, or allograft, involves transplanting limbs, tissues, or organs from one individual to another. In the majority of instances, this would involve material from a donor who is deceased, but this is not the case in all instances, such as a kidney transplant. On many occasions, the technical or surgical challenge is greater with a replant than with a transplant - a donated hand will not have suffered the trauma or damage seen in one severed by an ax or a piece of farm machinery.

Yet the greatest difference between an autograft and allograft is that the latter requires that the patient make a lifelong commitment to a strict regimen of taking drugs to suppress the immune system's rejection of the foreign limb. This is no small consideration and is the primary reason why candidates for transplant procedures undergo intensive psychological screening. 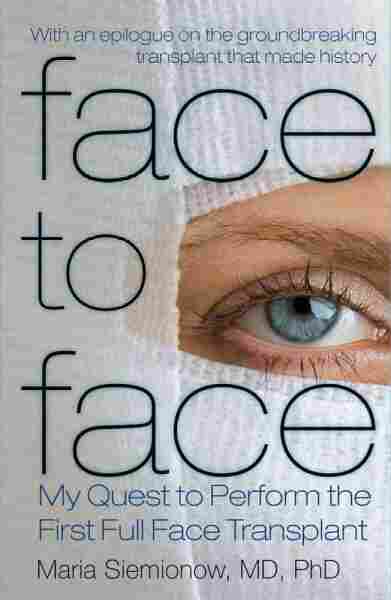 My Quest to Perform the World's First Full Face Transplant