Accessibility links
Wind Sweeps Down The Plains; Is It Bringing Jobs? Quentin Johnson can hear change coming in the thundering winds of his home state, Oklahoma. He's left his work in oil and placed his future on finding a job working as a wind technician. He's made his tough choice and waits to see if it will pay off for his young family.

Today's 18-to-25-year-olds grew up in a period of relative prosperity. They're now trying to start their lives in one of the most challenging economic times in recent memory. This series — a collaboration with PBS' NewsHour — will feature stories reported by veteran broadcast journalist Judy Woodruff. 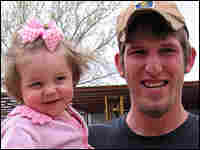 Quentin Johnson is hoping to find work soon because his daughter, Emma, has a brother or sister on the way. Jory Burson for NPR hide caption 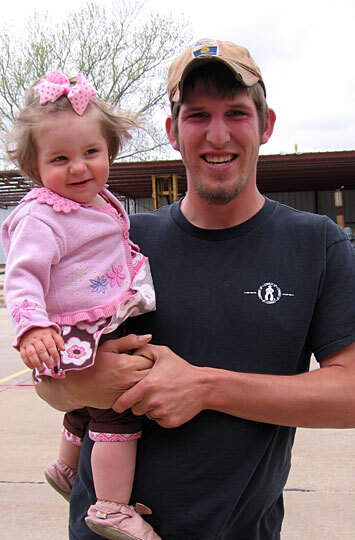 Quentin Johnson is hoping to find work soon because his daughter, Emma, has a brother or sister on the way. 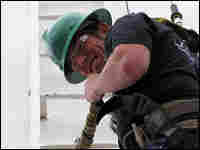 Johnson says he doesn't want to climb wind turbines forever. He hopes to one day be a wind farm manager. Jory Burson for NPR hide caption 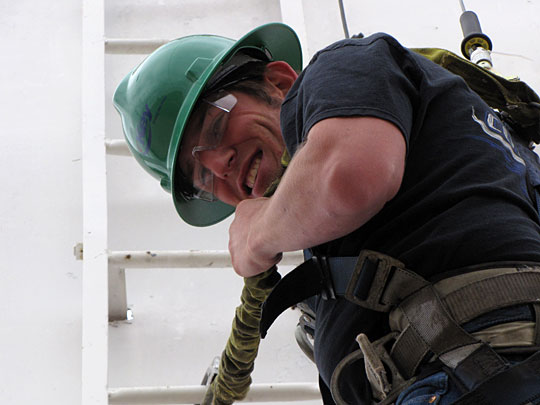 Johnson says he doesn't want to climb wind turbines forever. He hopes to one day be a wind farm manager.

NewsHour -- Generation Next: Tough Choices
It's Up To You, New York (And Job Growth) June 8, 2009
Pew Research Center Report: Gen Next Squeezed By Recession, But Most See Better Times Ahead 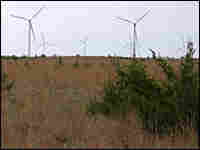 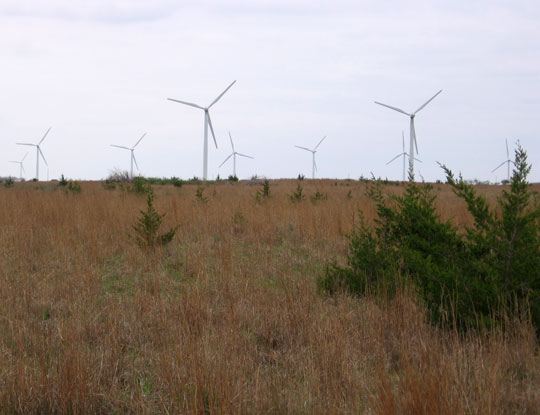 With 300 turbines sprouting in Woodward, Okla., many former oil industry employees are trying to change careers.

The Young And The Unemployed
Alyson Hurt/NPR

Quentin Johnson of Oklahoma was faced recently with an agonizing decision, which he stewed over for a week: Sure money today in an industry he knows — oil? Or bet on his future prospects with an industry he's hoping will have more longevity — wind?

Johnson graduates from a wind training program in two weeks. His second child is due around the same time. Ever since Johnson graduated from high school five years ago, he's worked in the Oklahoma oil fields, driving a truck or climbing the tall derricks. He's looking for a job as a wind technician, but hasn't found anything yet. Meanwhile, there's temptation from his former life: Oil prices have been climbing, and not long ago, Johnson's former boss asked him if he wanted his old oil job back.

With the economy on its ear, Johnson, like many in his generation, are having to make tough decisions. When the former boss offered him his old job, Johnson felt he couldn't quit technical school with just a month left and turned down the offer, he tells NPR guest correspondent Judy Woodruff.

The job paid well, too.

"It was $2,000 for every two weeks. That's pretty tough for anyone to turn down," Johnson says. "But I knew it might not be a long-term job. They might drill one hole with that rig and stack it back out, and I'd be out of a job again. So the more I thought about it, the better off I knew I'd be if I just tough it out and go with the wind."

Money In The Wind?

Johnson was one of the first students to enroll in the new training program in Woodward, Okla.

But when most people think about energy in Oklahoma, they think of the fuel that comes from the ground. Oil and natural gas helped build this state, and there are oil derricks all around Woodward. There's even one at Johnson's school; in fact, he uses it to practice climbing, because you need to climb 300 feet high to fix a wind turbine.

He remembers first climbing up derricks in an oil field when he got out of high school, when he'd climb as high as 200 feet. He's used to the height now, but at first, Johnson says, "it was rough. I didn't want to let go of anything. I kind of hugged onto things. Matter of fact, the first time I just made it halfway up and came back down; it was too much."

So why did he stick with it?

"The money," Johnson says. "The money was great."

Johnson took in $50,000 a year at the industry's peak, when the demand for oil was soaring. But when oil prices plummeted late last year, so did his paycheck. He was 22 years old, with a wife and baby daughter.

First Johnson's paycheck shrank from $2,000 every two weeks, to $500. "We were working really hard for five, six months. They'd even call us in on our days off sometimes. All of a sudden, it just quit."

When Johnson and his wife, Mallory, talk about the lives they led when he was making good money, they seem to be telling the story of millions of Americans.

"When he worked in the oil field, living on that kind of money with us being so young, we could go out and do whatever," Mallory Johnson says.

And then uncertainty creeps in for her.

But Quentin Johnson's mother and grandfather also were employed by oil. As an oil family, they experienced the oil business' cycles of boom and bust.

Johnson's mother, Kim, says she made a good living in the oil business, but it's not stable.

"You know, my dad was in oil in the early '80s when it went bust," she says. "It's here one day and gone the next. But with these windmills, they put them up, they're there. They're not going away."

Kimberlee Smithton watches the ebb and flow of oil and jobs in Woodward. She's a manager at the High Plains Technology Center, where Quentin Johnson trains. This year, she got calls from laid-off oil workers, all asking, "How do I get into wind?"

As she looks at Woodward's oil fields today, she sees stacks of oil rigs.

"When there's nothing to drill, they stack them in the yard ... and it's really a sad sight."

And there are no people working in the fields, Smithton says.

So maybe Quentin Johnson made the right call when he turned down his boss' offer for work.

Johnson had never thought of green or renewable energy before, and he only does so now because it will help support his growing family.

"Everybody's asking me how to get into it," Johnson says. "Everybody's calling it 'the new oil field.' "

But Johnson doesn't want to climb up wind turbines forever. "I want to be a wind farm manager; I want to boss people around."

He's seen 300 turbines go up around Woodward. He's read the estimates that say wind will bring thousands of jobs to Oklahoma. He's seen the president on TV, pushing renewable energy and backing it with stimulus money. He knows wind can't save the economy here; the industry is too small. But to Johnson, the wind still feels like something he can touch.