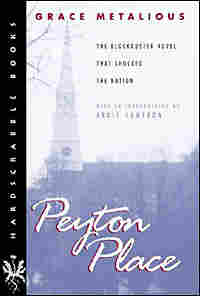 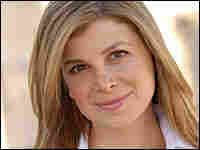 Laura Dave is the author of The Divorce Party and London is the Best City in America. She lives in Los Angeles, but keeps a storage unit in New York City, which, she thinks, makes her bicoastal. Courtesy of Laura Dave hide caption

When I was a little girl, my mother used to let me stay up on Friday nights to watch Dallas. I loved that show — the scheming and the relationships, the refined way J.R. would pour himself a glass of scotch just as he was about to ruin someone's life. And yet, watching with my mother — especially when Bobby Ewing would take a shower — made me feel more than a little embarrassed.

I had a similar feeling at age 11 when I picked up Peyton Place, Grace Metalious' trashy romp of sex, murder and love in a small New England town.

I rarely talk about my love for this pulpy novel. Why? Because somehow, whenever I enter the world of Peyton Place, I return to my wide-eyed tween-age self, hiding out in my camp bunk devouring a book that I'm pretty sure I'm not supposed to be reading.

Peyton Place was released in 1956 to quite the stir. The tale of Constance, her illegitimate daughter, Allison, and Selena — Constance's employee from the wrong side of the tracks — made its way into 60,000 homes in its first 10 days of release.

It isn't just the adultery, lust, lies and crime that show what happens in a small town once the visitors leave; it's also the language. From the first sentence — "Indian summer is like a woman. Ripe, hotly passionate, but fickle ..." — it drips off the page, moving you slowly and confidently in the direction of nastiness.

My own peek-a-boo relationship with the novel was heightened early in chapter four, when I read that Constance's lover lived with his wife and children in my hometown.

How could that be? People like that didn't live near me.

In the past half-century, many books and television shows have blown way past the sordid secrets of Peyton Place. Sex and the City took the scandal out of sex in any city, and Big Love managed to make heroes of men with multiple wives. Even Judy Blume's Forever was more risque.

It is able to tap into something that nothing has been able to tap into since: unabashed sin. When I was 11, Peyton Place, with its revelation of sexual politics and power, cruelty and manipulation, made me feel like I was trespassing into people's homes. I loved the soap opera drama!

Now there are so many places to get that kind of fix — Brewster, Melrose, True Blood — but for my money, Peyton is the place I want to visit first. This is in spite of the fact that it always takes me back to the first sin of all: embracing a book I swiped from my counselor one night when she wasn't looking.

But if you tell anyone, I'm going to deny it. 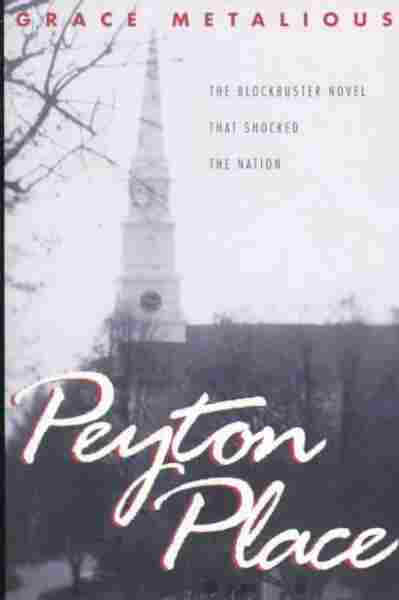 by Grace Metalious and Ardis Cameron