Accessibility links
What People Were Reading During The Depression What can old issues of Publishers Weekly tell us about reading habits in dire economic times? Maureen Corrigan cracks open some of the magazine's 1933 issues and learns that readers today aren't so different from our Depression-era brethren. 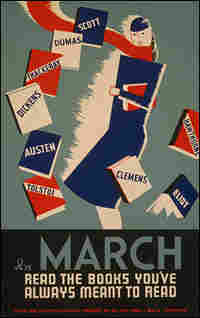 Publishers Weekly reported in 1933 that book readership was up during the Great Depression. Above, a Works Progress Administration poster from the late 1930s encourages Americans to crack open "the books you've always meant to read." Library of Congress hide caption 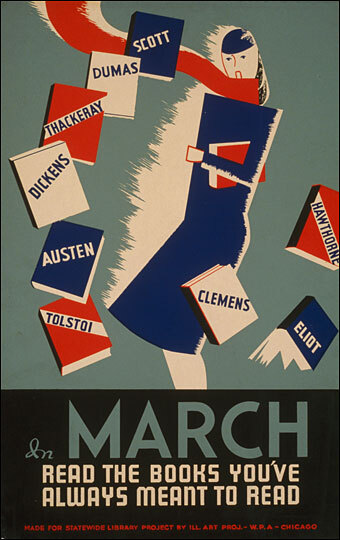 Publishers Weekly reported in 1933 that book readership was up during the Great Depression. Above, a Works Progress Administration poster from the late 1930s encourages Americans to crack open "the books you've always meant to read." 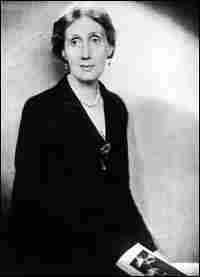 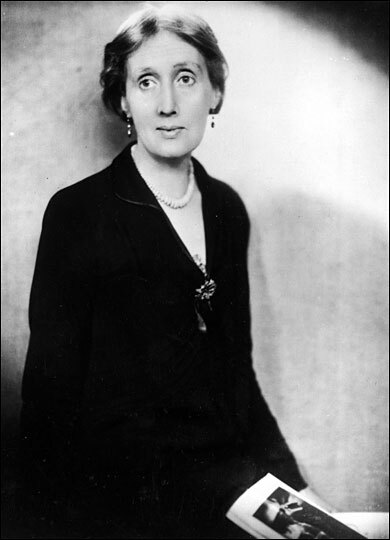 Virginia Woolf's 1933 "biography" of Elizabeth Barret Browning's dog was touted in Publishers Weekly: "Certain to be [Woolf's] most popular book."

Various incarnations of the publishing industry trade magazine Publishers Weekly have been around since 1852, and old issues are a marvel to skim through because they preserve the reading worlds of yesterday in amber.

Not only do they starkly demonstrate how fleeting fame can be (Who knew that in 1933 the "Best Paid Author in the World" was a gal named Temple Bailey?), but the old issues also provide plenty of opportunities for contemporary readers to condescend to the past. It's unsettling, for instance, to see an ad for Adolf Hitler's Mein Kampf (translated as My Battle) hawked in the July 1933 Publishers Weekly issue as a "stirring autobiography [in which] you will find Hitler's own story of his meteoric rise from obscurity to world-wide fame."

That same issue of Publishers Weekly declares that "the reading of books has increased throughout the Depression as shown by library circulation records." At a quick glance, the popular books Americans were reading in the early 1930s — either by taking them out of public libraries, borrowing them from the now-extinct bookstore rental libraries, or buying them — look a lot like the mass market offerings of 2009.

There's a furry precursor to the vampire mania of today lurking in an April 1933 best-seller called The Werewolf of Paris, and even a couple of canine ancestors of Marley and Me: The dog starring as Elizabeth Barrett Browning's spaniel, Flush, in the 1930s Broadway play The Barretts of Wimpole Street is depicted in a Sept. 2 photo spread putting his paw to a contract for a fictional memoir.

That same month, Virginia Woolf cashed in on the Flush craze by bringing out a biography of the pooch; the ad promised that the forthcoming shaggy dog story was "certain to be Mrs. Woolf's most popular book." Clearly, the copywriter was not a fan of Woolf's experiments in literary modernism.

If you want to get a deeper sense, however, of the literary fantasies our fellow Americans were reaching for to help them cope with the economic meltdown of the 1930s, you've got to read between the lines of these yellowed Publishers Weekly magazines. Women, then as now, were turning to chick lit, with the crucial difference being that many of the 1930s plots featured plucky young women whose family fortunes had taken a nose dive.

Faith Baldwin's novel White Collar Girl was deemed "a circulation ace" in May of 1933. It told the story of "charming Linda who was forced by her father's failure ... to leave college for a ... selling job in her up-state New York home town."

No doubt male readers were the target audience for the many economic primers of the time, such as Counter-Attack, written by Maryland Sen. Millard E. Tydings and touted as "a bold, sound, feasible plan" to end the Depression. But there were also a plethora of hard-luck male extreme adventure tales published in the early 1930s, like Mutiny on the Bounty; Kenneth Roberts' Revolutionary War potboiler, Rabble in Arms; and one of the biggest best-sellers of 1933, Anthony Adverse, which weighed in at over 1,000 pages.

The allure of these novels seems pretty clear: Men who were struggling during the Great Depression could take comfort in reading about the exploits of stranded sailors, ragtag Colonial soldiers, and a disposed nobleman who has to fight his way from Cuba to Africa and to Europe and America to claim his rightful inheritance.

Some of the most desperate tales in the Depression-era issues of Publishers Weekly are the ones only hinted at by ads and brief news items. The bookstore Brentano's and the publisher Horace Liveright filed for bankruptcy; the Everyman's Library reduced its prices from 90 cents to 70 cents a volume; and three workers at Schulte's (a rare-book store on New York's Fourth Avenue) went out on strike wearing sandwich boards accusing the store of "unfair practice" because the owner tried to cut wages. Publishers Weekly noted that this was the first pay cut in four years and that the strikers should have presented their boss "with a medal instead of a placard" advertising complaints.

I wonder how he made out.