Accessibility links
Woody Allen On Life, Films And 'Whatever Works' Academy Award-winning writer and director Woody Allen discusses his life and his films — and why audiences shouldn't confuse the two. His latest movie, Whatever Works, tells the story of a "genius" professor in New York who marries a much younger woman. 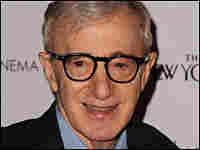 Woody Allen won Academy Awards in 1978 for writing and directing Annie Hall, and again in 1987 for his screenplay for Hannah and Her Sisters. Stephen Lovekin/Getty Images hide caption 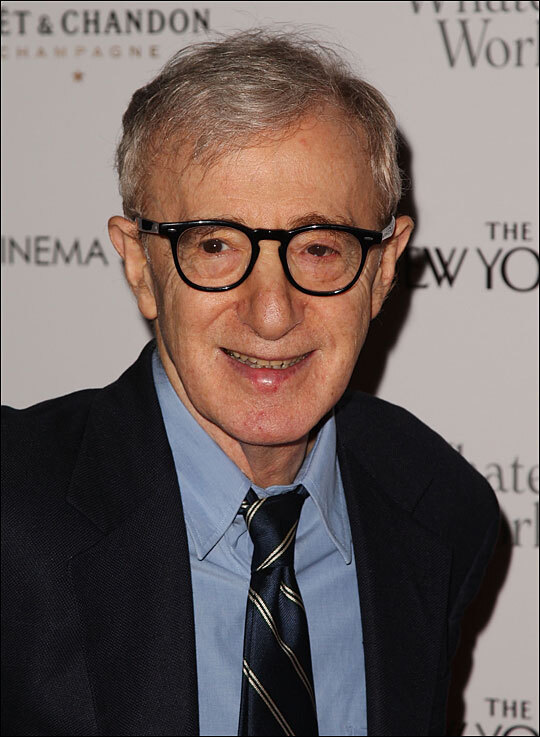 Woody Allen won Academy Awards in 1978 for writing and directing Annie Hall, and again in 1987 for his screenplay for Hannah and Her Sisters.

After more than five decades of making movies, Academy Award-winning writer and director Woody Allen has made his 40th film, Whatever Works. The movie, which stars Larry David and Evan Rachel Wood, tells the story of a "genius" professor in New York who ditches his upper-class life for something simpler — winning, along the way, the devotion of a beautiful young girl from Mississippi who is almost 40 years his junior.

Though audiences may see parallels between the character's relationship with a younger woman and Allen's own marriage to Soon-Yi Previn, Allen tells Terry Gross that the film is purely fictional.

"People always look for clues [about me] in my movies no matter how many times I've told them over the years I make this stuff up," he says.

Allen is often seen as a mousy intellectual type who hides behind black-rimmed glasses, but he says that that identity isn't an accurate portrayal of who he really is. He played ball, won track medals and flunked out of college as a motion picture production major.

"I'm the guy you see in his T-shirt with a beer watching the baseball game at night at home with the television," says Allen. "I was never a loner or a loser — always the first one picked for the team."

Allen says that he originally wrote Whatever Works for the legendary actor Zero Mostel in the 1970s, but then put the script aside. Thirty years later, he dusted it off again when he needed a quick script to beat the writers' strike.

For Allen, filmmaking is an art that, he says, "distracts me from the uncertainty of life, the inevitability of aging and death and death of loved ones; mass killings and starvation, from holocausts — not just man-made carnage, but the existential position you're in."