Accessibility links
The Earnest Madness Of DJ Quik DJ Quik and rapper Kurupt, both veterans of Los Angeles gangsta rap, have put aside their gang affiliations — Quik was once a Blood and Kurupt was long identified with the Crips — to focus on their common musical bonds in Blaqkout. While Kurupt's rapping is straightforward, Quik's production shows him to be playfully unhinged, yet fresh and experimental as ever.

The Earnest Madness Of DJ Quik

The Earnest Madness Of DJ Quik 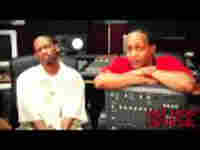 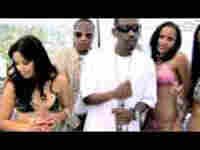 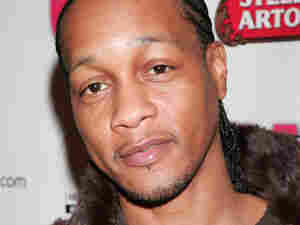 DJ Quik has always been a producer first, and Blaqkout serves as yet another showcase for his self-proclaimed "genius music." Getty Images hide caption

Age is a rapper's worst enemy. Perhaps more than any other genre of music, hip-hop is a young man's game. As hip-hop artists grow old, they tend to lose touch, and often either begin chasing current trends or rehashing their past glories. Blaqkout, the first collaboration between rapper/producer DJ Quik and The Dogg Pound MC Kurupt is the rare exception. The two veterans of Los Angeles gangsta rap have put aside their gang affiliations — Quik was once a Blood, while Kurupt long identified with the Crips — to focus on their common musical bonds.

Truce aside, this isn't exactly an equal split of duties. Quik has always been a producer first, and Blaqkout serves primarily as yet another showcase for his self-proclaimed "genius music." He's clearly been paying attention to recent musical trends — the minimalist crunch of The Neptunes and the self-conscious melanges of J Dilla — and uses these points of reference to subtly expand the breezy G-Funk sound of his early career. There's warmth to his sound, even when he adopts glitchy vocal effects or odd Moroccan folk samples. Quik almost never sacrifices his summertime, top-down rider vibe. Most of the time, he's a utilitarian experimentalist.

Two tracks here are easily the strangest in Quik's career — the dubbed-out, calisthenics-themed reggae vamp "Exodus" and "Jupiter's Critic & The Mind of Mars," which finds him and Kurupt rapping frantically through some sort of wheezing ring modulator to a squelchy electro track. These freakouts are believable leaps, extremes he's hinted at in the past without ever fully indulging.

The rapping is more straightforward, but still engaging. Kurupt, once the alpha Dogg Pound MC, slides comfortably into the position of support player. Only on "9x's Outta 10" does he take the lead.

Quik's tangents are the heart of the album. While not quite as dark as his underrated 2005 solo album Trauma, Quik still uses rap for cathartic purposes. He's playfully unhinged, lashing out at family, women and past collaborators with a smirk that might just be a little frightening. His battle raps read like death threats and his death threats like goofy punchlines. It's the sort of earnest madness that Eminem has spent a career trying to harness. But, unlike Em, Quik never lets that side of himself drown out his musical integrity.