Accessibility links
Turning 'Unfriendly Fire' On U.S. Military's Gay Ban Intended as a productive if imperfect compromise, "Don't Ask, Don't Tell" has resulted in thousands of discharges — many of them involving servicemembers with critical skills. Historian Nathaniel Frank says it's time the ban was ended. 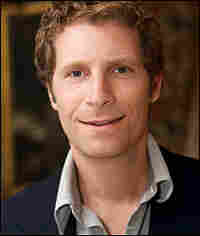 The U.S. military's "Don't Ask, Don't Tell" policy regarding openly gay servicemembers was intended as a compromise — an improvement over the all-out ban that had existed before 1993, but not a full reversal of that ban. The idea was to allow gay and lesbian individuals to serve without the disruptions some claimed would result if they were allowed to openly discuss their lives.

Historian Nathaniel Frank argues that it's been a disastrous policy — that contrary to intent, "Don't Ask, Don't Tell" has actually weakened the military, increasing discharges and hampering recruitment. Among other things, he writes, the military has discharged "11,000 capable service members under the policy, including over 300 linguists, 49 nuclear, biological, and chemical warfare specialists, 90 nuclear power engineers, 52 missile guidance and control operators, 150 rocket, missile and other artillery specialists, and 340 infantrymen."

In Unfriendly Fire: How the Gay Ban Undermines the Military and Weakens America, Frank spends more than 350 pages laying out a meticulously argued case for the dismantling of "Don't Ask, Don't Tell" and for the full reversal of the ban on gay and lesbian servicemembers.

Frank is senior research fellow at the Palm Center at the University of California, Santa Barbara, where he blogs about the issue of gays in the military, and an adjunct professor of history at New York University's Gallatin School. He earned a Ph.D. in history from Brown University.

Frank joins Fresh Air host Terry Gross to talk about the "Don't Ask, Don't Tell" policy and why it needs to be reversed. 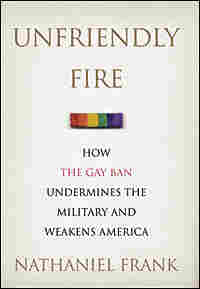 On September 10th, 2001, the United States government intercepted two phone calls placed from Afghanistan between Al Qaeda operatives. "Tomorrow is zero hour," said one of the voices. "The match is about to begin," came another ominous line.

The National Security Agency intercepts millions of messages every hour, but these calls came from sources deemed to be high priority. They were, of course, spoken in Arabic, so they made their way to a translator's queue, waiting to be interpreted. Unfortunately, in the fall of 2001 our government did not have enough Arabic linguists to translate the messages quickly. The phone calls were not translated until two days later, on September 12, 2001. It was two days too late.

The terrorist attacks of September 11th, as every American knows, changed everything. Almost immediately, a national consensus emerged, if only briefly, that nothing should stand in the way of true reform of the nation's broken intelligence apparatus. Nothing should stop a thorough and efficient re-orientation of our national security perspective, which must immediately be geared toward fending off future terrorist attacks. Nothing, that is, except letting gays in uniform take part in the fight.

The story of the ongoing purges of gay soldiers, sailors, airmen and marines with language skills critical to waging the war on terrorism pits political expediency and moral dogma against national security, social scientific research and common sense. It is a story that shines a spotlight on certain truisms that Americans seem to grasp only when it's too late, and then to promptly forget until the next time it's too late: that prejudice is generally self-defeating rather than productive, and that it nearly always has unexpected consequences.

But it's a story that should also be told with the hope-perhaps against our better judgment-that maybe this time we will learn from our mistakes, re-order our priorities, and face significant truths before we further compromise the security of our citizens and the safety of our troops.

The shortage of language specialists in the intelligence and military forces has been hobbling national defense since the days of the Cold War. But between the fall of the Berlin Wall and the fall of the World Trade Center, only a few voices in the wind had noted the growing threat of Arab terrorists to American security, and the culture of the armed forces and the intelligence agencies had only just begun to budge from a fixation on Russian language as the essential skill for keeping the country safe from its enemies.

Some students had begun to grasp the significance of the Arab world. The number of enrollees in Arabic language courses in colleges and universities nearly doubled between 1998 and 2002. But it wasn't nearly enough. The month before the 9/11 attacks, a major study from the University of Maryland's National Foreign Language Center warned that the country "faces a critical shortage of linguistically competent professionals across federal agencies and departments responsible for national security."

Less than a month after the attacks, a House Intelligence Committee report criticized the nation's three intelligence agencies — the FBI, CIA, and National Security Agency (NSA) — for relying on "intelligence generalists" rather than linguists with expertise in a specific foreign language, culture, and geographical area. The report concluded that "at the NSA and CIA, thousand of pieces of data are never analyzed, or are analyzed 'after the fact' because there are too few analysts; even fewer with the necessary language skills. Written materials can sit for months, and sometimes years, before a linguist with proper security clearances and skills can begin a translation." Meanwhile, the intelligence agencies poured funds into advertisements, including Internet marketing overseas, to try to lure linguists into the fight against terrorism.

By the fall of 2002, one year after the attacks, CIA director George Tenet warned that the U.S. faced a terrorist threat every bit as grave as it did before 9/11. A week later, the Council on Foreign Relations issued an even more sobering report. Despite bipartisan support for intelligence reform, backed by overwhelming public demand for addressing unpreparedness, the study found that "America remains dangerously unprepared to prevent and respond to a catastrophic terrorist attack. In all likelihood, the next attack will result in even greater casualties and widespread disruption to American lives and the economy" than those wrought by 9/11.

Yet during the first year of the war in Afghanistan, the U.S. had 69 intelligence teams on the ground but had a 75% shortfall of daily intelligence reports. This meant that no matter the number of troops sent into foreign territory, and despite the billions of dollars being thrown into our military campaigns, a full three-quarters of the data collected about the looming threats from our enemies was not getting processed. A major obstacle to producing the reports, according to an assessment by the Center for Army Lessons Learned in Fort Leavenworth, was the shortage of Arabic speakers.

According to a General Accounting Office (GAO) study released the same year, the Army, along with the FBI, State Department and Commerce Department, failed in 2001 to fill all their jobs that required expertise in Arabic, Chinese, Korean, Farsi, or Russian. The Army reported that the "linguist shortfalls affect its readiness to conduct current and anticipated military and other missions."

It said, for instance, that it lacked the linguistic capacity to support the prosecution of two major wars at one time, the baseline requirement of American military planners since the end of the Cold War. The GAO study concluded that staff shortages at these agencies "have adversely affected agency operations and compromised U.S. military, law enforcement, intelligence, counterterrorism and diplomatic efforts." And it stated that shortages in language expertise resulted in "less timely interpretation and translation of intercepted materials possibly related to terrorism or national security threats."

Two years after 9/11, the situation had not improved. The shortage of Arabic speakers had become so desperate by 2003 that one of the top Arabic speakers in the Iraqi theater was being used to translate a common housekeeping exchange, taking him away from the critical duties needed to keep U.S. troops safe, mine the Iraqi desert for intelligence and win over Iraqi civilians.

On several occasions, the impact of the shortage was downright treacherous. In the summer of 2003, the Wedding Island Bridge in Baghdad was the site of an explosion targeting U.S. troops. The soldiers, part of the 40th Engineer Battalion of the 2nd Brigade of the Army's 1st Armored Division, had crossed the bridge repeatedly in search of their translator. If the Army had been able to hire and retain enough of its own translators, it would have made unnecessary these perilous trips, which ended this time with a land mine explosion that sent shrapnel and bits of road into the windshield and body of the engineers' Humvee.

It also might have prevented tragedies before they occurred. An Arabic document was reportedly found in Kabul before the murder of journalist Daniel Pearl, describing a kidnapping plot strikingly similar to the one that ended in his disappearance and murder. It was never translated due to a shortage of Arabic speakers.

An Army report released that year by the Center for Army Lessons Learned at Fort Leavenworth, Kansas, found that "the lack of competent interpreters throughout the theater impeded operations" in Iraq and Afghanistan. "The US Army does not have a fraction of the linguists required."

The 9/11 Commission Report concluded that the government "lacked sufficient translators proficient in Arabic and other key languages, resulting in significant backlog of untranslated intercepts" and the secretary of Homeland Security, Tom Ridge, pleaded that "we need more Arabic-speaking analysts."

A Pentagon advisory panel reported in 2004 that the U.S. "is without a working channel of communications to the world of Muslims and Islam." A Justice Department Inspector General Report that same year found that the government "cannot translate all the foreign language counterterrorism and counterintelligence material it collects," due largely to inadequate translation capabilities in "languages primarily related to counterterrorism activities" such as Arabic and Farsi.

In response, President Bush ordered a 50% increase in intelligence officers trained in "mission-critical" languages such as Arabic. But the shortage was a problem that could not be cleared up overnight — precisely the reason that "preparedness" was so important.

Despite tens of thousands of responses to post-9/11 calls for more Arabic speakers to join the government's intelligence efforts, actual hires take time, especially for those positions that require security clearances. Background checks can take six months to a year. By the spring of 2005, Sen. Pat Roberts, the Kansas Republican who chaired the Senate Intelligence Committee said the U.S. still had a "broken system."

Excerpted from Unfriendly Fire by Nathaniel Frank. Copyright © 2009 by the author and reprinted by permission of Thomas Dunne Books, an imprint of St. Martin's Press, LLC. 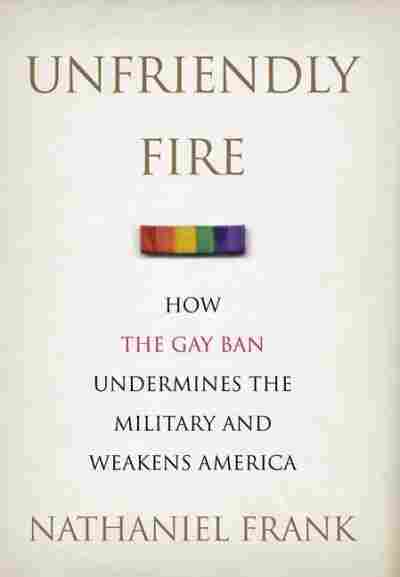 How the Gay Ban Undermines the Military and Weakens America