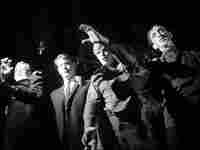 Though certainly not the first zombie film, George Romero's 1968 Night of the Living Dead established these staggering, flesh-eating antagonists as a horror-movie staple — and a cultural obsession. hide caption 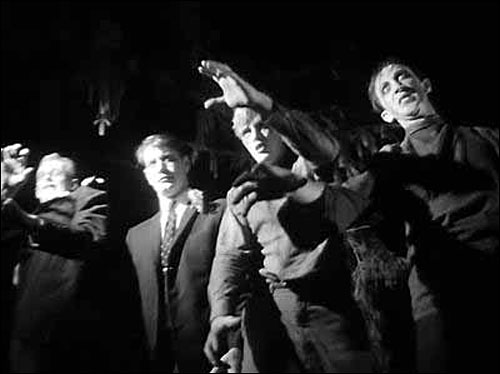 Though certainly not the first zombie film, George Romero's 1968 Night of the Living Dead established these staggering, flesh-eating antagonists as a horror-movie staple — and a cultural obsession. 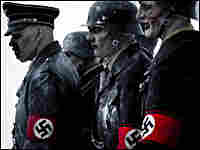 Dead Snow, a Norwegian horror movie, is the latest entry in a storied genre. The new twist? This time, the zombies are Nazis. IFC Films hide caption 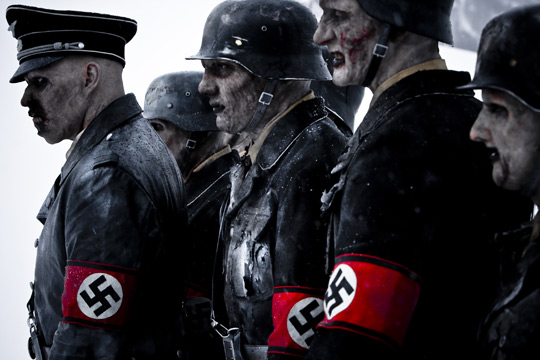 Dead Snow, a Norwegian horror movie, is the latest entry in a storied genre. The new twist? This time, the zombies are Nazis. 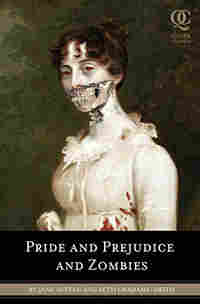 The book Pride and Prejudice and Zombies adds an incongruous twist to Jane Austen's stately satire. "Every page seemed to have something that was subconsciously put there by Jane Austen to be twisted into a gory zombie-fest," author Seth Grahame-Smith told All Things Considered. hide caption 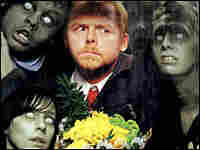 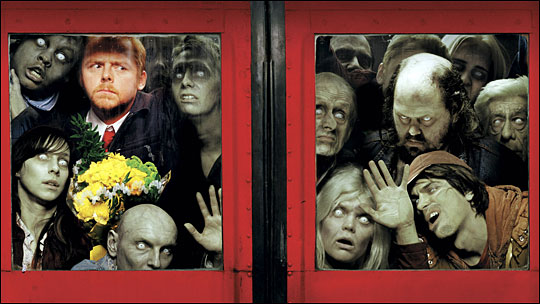 The 2004 movie Shaun of the Dead used zombies to comment on modern-day apathy.

George A. Romero certainly didn't invent zombies, but with his 1968 cult classic Night of the Living Dead, he created a lasting cinematic mythology for them.

In Romero's taxonomy of horror, zombies are undead creatures that feed on human flesh. If they bite you, you die — and then return from the dead, a zombie yourself.

The simple but satisfying explanation Romero offered for their existence? That when "there's no more room in hell, the dead will walk the Earth."

And there's only one way to stop them: Take off their heads.

They're highly adaptable, for one thing, serving as apt metaphors for everything from racism (in Night of the Living Dead) to science gone wrong (in 28 Days Later).

Plus, they're fun to kill — hence a new crop of Nazi zombies, on parade in the Norwegian film Dead Snow. (It's screening in New York, and available on demand from cable's IFC In Theaters channel.)

Dead Snow's rotting storm troopers are just one phalanx in a full-scale zombie invasion, though. Recently, the undead seem to be shuffling aimlessly into every corner of our pop culture.

Borders bookstores feature a wall of zombie literature that runs the gamut from The Zombie Survival Guide to Pride and Prejudice and Zombies to Zombie Haiku.

The undead have even infected our language and the way we talk about things. Zombie banks? Check. But have you heard of a "zombie process?" Maybe if you're a tech geek.

"In my field, if it's 'zombified,' it's a zombie process," says IT architect Kevin Workman. "That means it's alive, but it's not responding to normal stimuli. It's kind of got a will of its own at that point, and then we got to kill it."

But you can't keep a good zombie down. Staring out from vacant eyes, these undead rise every few years to provide the perfect blank canvas for social commentary. Romero himself reanimated his franchise with 2005's Land of the Dead to criticize the Bush administration.

"If you want to tell somebody, 'I don't like you and I don't like the way you're running the government,' if I can tell it through a zombie movie, they're not going to care," Luque says. "It's just a zombie movie."

Simon Pegg and Edgar Wright paid homage to Romero's socially conscious zombies in their 2004 film Shaun of the Dead.

"We wanted to keep that spirit ... to comment on consumerism," Pegg says. "And in Day of the Dead, on vivisection — and use them as a metaphor."

"Zombies meant different things in different eras," says Wright, who co-wrote and directed Shaun of the Dead. "We always said our zombies are a metaphor for apathy. It's kind of like the great plague is laziness, so it was like the zombies represent sloth."

Zombies are also the perfect faceless villain, says undead fan Trent Reid. They're not alive, and they don't have too many fans, so "[whatever] you do to them doesn't really matter — you can kill them in the most ridiculous graphic ways."

Like in the video games Resident Evil and Left 4 Dead. And parents don't complain about the carnage — at least not the way they did about their kids killing hookers in Grand Theft Auto. If those had been zombie hookers, it'd be a different story.

That's why Call of Duty: World at War, like Dead Snow, opts for Nazi zombies. Gotta love killing them.

But no matter what form these undead take, remember — aim for the head.