Accessibility links
To This Adoptive Dad, Every Day Is Father's Day Single dad Brian Miller adopted Johnathan Emerson when he was 7. The young boy had been abused and suffered from post-traumatic stress disorder. It took some time for both father and son to adjust to their new reality, and now they can't imagine their lives any other way. 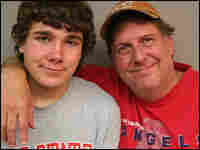 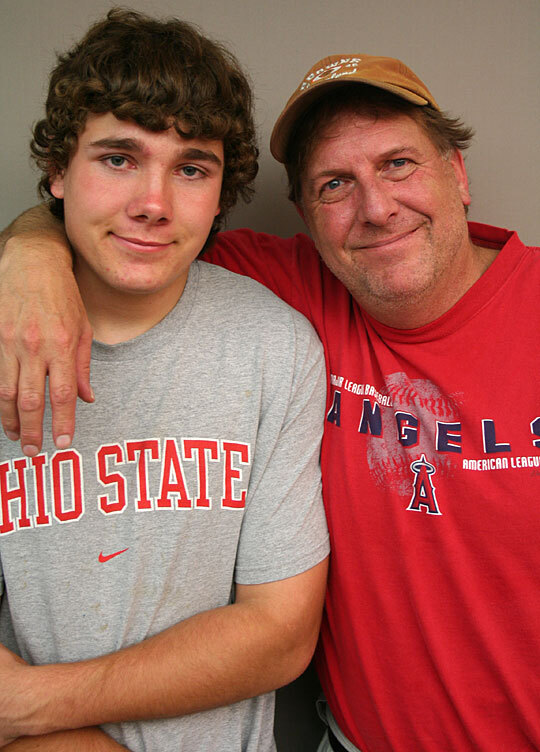 Adjusting to parenthood is different for every family, and each parent has that aha moment when they realize, "This is my kid." For Brian Miller, that happened in church when his son, Johnathan Emerson, was performing in a Sunday school skit and had the whole congregation laughing.

"And then everybody looked at me," Miller recalls, "and I was sitting around going, 'Yeah, that's my kid.' "

That kid came to him after being abused and then moving from foster home to foster home. Johnathan was 7 when Miller adopted him, and he wasn't quite sure what to make of the experience.

Johnathan suffered from post-traumatic stress disorder and didn't understand that the adoption was final. He feared that Miller might give him back. Once when the school called to tell Miller that Johnathan wasn't paying attention, Johnathan ripped the phones out of the wall. He was scared that Miller might change his mind if he did something wrong.

On the flip side, when Miller tried to take privileges — like TV — away from his son, Johnathan would say, "Wait till I tell the judge this one."

Then Miller would have to remind him, "It's over Johnathan, you're adopted. There [are] no more judges in your life."

When people talk about the wonderful thing he did by adopting Johnathan, Miller tells his son, "I say, 'You don't understand. I didn't do this to save some little child.' It's father and son, but it's also, you know, you are my best friend; there's no doubt about it."