Accessibility links
Two Women Campaign For NOW Presidency The National Organization for Women plans to elect a new leader at this weekend's conference in Indianapolis. The battle over who will succeed Kim Gandy, who has reached the term limit after eight years, pits younger and older feminists. 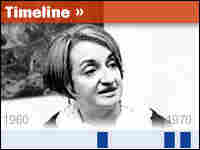 Women At The Helm Of NOW 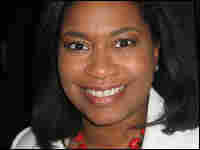 Latifa Lyles, 33, is a NOW vice president running for the presidency. If elected, she'd be the organization's youngest and second black president. AP hide caption 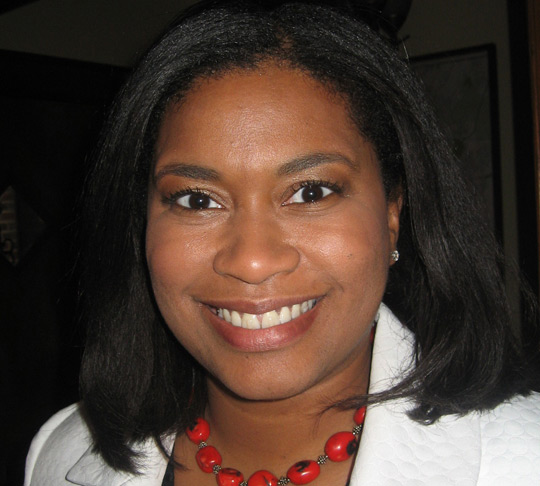 Latifa Lyles could be the next NOW president. 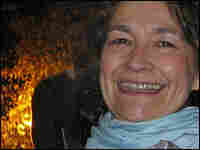 Terry O'Neill, 56, is a former NOW vice president, and an attorney who serves on the national board. She and Lyles are vying for the presidency being vacated by Kim Gandy, who has reached the term limit after eight years. AP hide caption 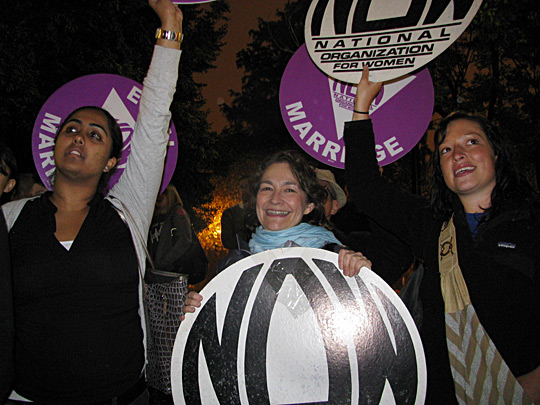 Terry O'Neill, center, demonstrates at an equal marriage rally in Washington, D.C. O'Neill is one of two candidates vying to be NOW's next president.

Members of the country's largest feminist organization gather in Indianapolis on Friday to select a new leader. The current president of the National Organization for Women, Kim Gandy, has reached her term limit after eight years on the job, and the battle over who will succeed her pits younger and older feminists.

Two candidates are campaigning for the top job. Latifa Lyles, 33, is a NOW vice president. If elected, she would be the organization's youngest and its second black president.

"People do look at who's going to be representing me and who's going to be the face of the organization," Lyles said. "It's really important to feel like the leader of NOW is going to be able to reach across generations, across communities, and I do bring that."

Lyle says her ticket, a team running for four national officer spots, also brings a diversity of skills and experience, including one candidate who has been with NOW for 30 years and is on the board of the ACLU and Greenpeace.

The other candidate for the presidency, Terry O'Neill, says her team is also diverse. O'Neill, 56, is a former NOW vice president. She also is an attorney who serves on NOW's national board. Two of the other three candidates on her ticket are younger than 30.

O'Neill says image is important, but it's also the most superficial aspect of the election.

"The question is, how do you use your life experience to inform the women's movement and get the gains that we need to get?" O'Neill asked. "I will use my life experience working with women from all around the country, which I've done as a national board member."

The political argument over age and a generational divide has little sway for professor Jo Reger, the director of gender and women's studies at Michigan's Oakland University. She says no one should assume that someone younger or older has a specific viewpoint. What's interesting about NOW, she says, is that it has been able to withstand attacks against feminism and still survive.

"You can't say it's not relevant. There are social organizations like the NAACP that have been around a long time, and they're important," Reger added. "Part of the reason they are important is because of the work they do, but also the fact that they symbolize that the movement is still there, and I think NOW does the same thing."

When Betty Friedan and a group of women and men began NOW more than 40 years ago, they said it was time for a movement toward true equality for women. Both candidates O'Neill and Lyles say there is still a lot to do to reach that goal.

"We're very excited about the possibilities with a friendlier Congress," Lyles said. "We have a White House that is willing to work with us, and certainly is more on the side of our issues than not."

That may mean more of a chance of getting legislation benefiting women on the president's desk. But O'Neill says that approach — lobbying Congress and meeting at the White House — shows the stark contrast between the two tickets.

She says she would push more grass-roots activity — national action campaigns to get policymakers to end disparities in health care, for example, and to close the wage gap between women and men.

"The women of the country need to force them to change it," O'Neill said. "What's going to do it is the women will rise up. Grass-roots organizing — that's what we have to do."

Delegates at the convention in Indianapolis will vote Saturday night on who will lead NOW for the next four years. The results will be announced Sunday.