Accessibility links
Berlioz Meets Bard In 'Beatrice And Benedict' The reluctant lovers Beatrice and Benedict, from Shakespeare's Much Ado About Nothing, take center stage in a vibrant opera by Berlioz, from the Champs-Elysees Theatre in Paris.

Champs-Elysees Theatre on World of Opera -- 'Beatrice and Benedict'

From the Champs-Elysees Theatre

Champs-Elysees Theatre on World of Opera -- 'Beatrice and Benedict'

Act One ends with "Serene and Peaceful Night," a gentle duet for Hero and Ursula (sopranos Nathalie Manfrino and Elodie Mechain). While strolling in the moonlight, they reflect on the delights nighttime brings to the souls of lovers.

At the end of an extended, Act Two solo scene, Beatrice (mezzo-soprano Joyce DiDonato) wonders about her feelings for Benedict. In a virtuosic coda, she asks herself "Do I Love Him?" — and ecstatically concludes that she does.

It's hardly a surprise that some of the greatest operas of all time are based on plays by Shakespeare. What is surprising is that there are so few of those operas. 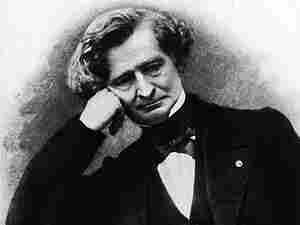 Hector Berlioz composed his operatic version of Shakespeare's Much Ado About Nothing early in the 1860s. Getty Images/Hulton Archive hide caption

Actually, composers have cranked out hundreds of Shakespeare operas, but only a few of them truly cut the mustard. That is, barely a handful of those operas are widely considered worthy of Shakespeare's legacy, and of a regular place in the opera house. Most opera fans would count three of Giuseppe Verdi's operas among them: Macbeth, Otello and Falstaff. Others might include Charles Gounod's Romeo and Juliet, or Benjamin Britten's A Midsummer Night's Dream. And that's pretty close to the end of the list.

Still, there may just be a Shakespeare-based, operatic dark horse that deserves more consideration than it gets. It's an appealing and insightful comedy, called Beatrice and Benedict, that combines the signature brilliance and bombast of composer Hector Berlioz with the sly, comedic insights of Shakespeare's Much Ado About Nothing.

Yet somehow, the work scarcely registers on many people's operatic radar — maybe because Berlioz is known more for his brilliant orchestral works than for his operas. So it's ironic that it was the composer's instrumental music that gave him the opportunity to write the opera in the first place.

Berlioz was 23, in the early 1830's, when he saw a series of Shakespeare's plays performed by an English theater company in Paris. He was overwhelmed by the experience, and began thinking about a musical setting of Much Ado About Nothing. But nothing came of the idea for nearly 30 years.

Then, in the 1850s, Berlioz began presenting summertime concerts in the German spa town of Baden-Baden. The composer was hired by a casino owner to entertain his patrons, and the concerts were a great success. A few years later, the casino owner decided to commission a full-scale opera from Berlioz. The result was Beatrice and Benedict, which was premiered at a Baden-Baden theater in 1862.

On this week's World of Opera, host Lisa Simeone presents Beatrice and Benedict from the Champs-Elysees Theatre in Paris. The stars are mezzo-soprano Joyce DiDonato and tenor Charles Workman in the title roles, and the performance is led by one of the world's foremost interpreters of Berlioz's music, Sir Colin Davis.

The Story of 'Beatrice and Benedict' 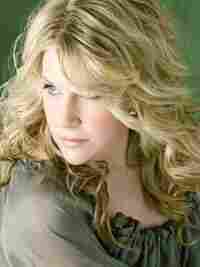 Hector Berlioz wrote the libretto for Beatrice and Benedict himself, following Shakespeare's original Much Ado About Nothing fairly closely — or at least parts of the original. For the opera, Berlioz slimmed the story down, eliminating subplots and concentrating on the relationship between the title characters.

The setting is the Sicilian town of Messina. As ACT ONE begins, the citizens have gathered in a park to welcome Don Pedro of Aragon. He's returning after a successful battle campaign.

A man named Leonato enters with his daughter, Hero, and his niece, Beatrice. Hero is ecstatic, because Claudio, her lover, is expected to arrive soon with the victorious army, and the two hope to be married. Left alone, Hero reflects joyfully on her future happiness. When Don Pedro arrives, along with Claudio, the engagement is made official.

Meanwhile, another couple is having a very different sort of reunion. Beatrice and Benedict always seem to be at each others throats, trading jibes and insults. But aside, each confesses to taking a curious pleasure at baiting the other.

Don Pedro congratulates Claudio on his betrothal, telling him how lucky he is. Then the two men turn to Benedict. Surely, they say, Claudio's happiness must tempt Benedict to find a wife as well.

Benedict scoffs, declaring that he's not the marrying type. He says he has nothing against women, but he could never trust one. As far as he's concerned, women are as "gentle as a thistle." If he ever does fall for a woman, he tells his friends, they're free to hang a big sign on his house, saying "Here you'll find Benedict, the married man."

Don Pedro and Claudio think that Benedict is all bluster, and decide to trick him into falling in love with Beatrice — which they suspect may already be happening. They allow Benedict to overhear them talking about Beatrice, and how she's fallen head over heels for Benedict.

Suddenly, Benedict changes his tune. Alone, he's admits to being thrilled that Beatrice is in love with him, and wants to be with her — but he's reluctant to believe it might actually happen.

In the act's final scene, Hero is alone with her companion, Ursula. We learn that Beatrice has been the victim of the same trick that was played on Benedict — an "accidentally" overheard conversation about how much Benedict loves her. As the act ends, Hero and Ursula sing a gentle duet about the beauty of the evening, and the joys nighttime can bring to the souls of lovers.

ACT TWO begins with a traditional dance, a Sicilienne, and a drinking song. Alone, Beatrice admits that, just maybe, she really is falling for Benedict. But she's not happy about it. If it's true, she says, she'll have to say goodbye to her mirth, and to her liberty.

Hero and Ursula get together and rhapsodize about the ecstatic love between Hero and Claudio. Beatrice joins them, agreeing that the two will surely have a joyful and passionate marriage. The other two women feign amazement at Beatrice's new attitude toward romance; she seems to be softening.

Beatrice denies this, still maintaining that she could never love any man, especially Benedict. Love, she says, can only end in betrayal and heartbreak. At first, Hero seems to agree — but only as a joke. The three women go back to praising Hero's future happiness with Claudio, and their trio ends gently.

A distant chorus is heard, summoning Hero to her wedding. Beatrice listens for a moment and makes to leave — but she runs into Benedict. Their nervous encounter is cut short when the wedding procession arrives.

Hero and Claudio sign their wedding contract. Then the notary produces a second contract, asking if anyone else is ready to marry. Everyone looks pointedly at Beatrice and Benedict. On cue, four men enter, carrying a huge placard. It carries the fateful message: "Here you'll find Benedict, the married man." Benedict's friends read the message aloud. Benedict repeats it and then says, "Married ... and content."

The opera ends with a duet, as Beatrice and Benedict admit their true feelings. OK, they concede, they really are in love, at least for today. Perhaps they'll be enemies again ... but not until tomorrow.