Accessibility links
Illustrator Fills In Photographer's Tale Of War The Photographer is an unusual graphic novel that combines photos and illustrations to tell the story of a photojournalist's harrowing trip to Afghanistan with a medical team from Doctors Without Borders. 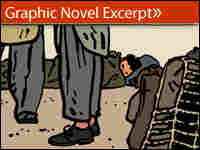 Read An Excerpt From 'The Photographer.'

The Photographer is one of NPR's recommended books for the summer. Click the link below to find more suggestions.

In 1986, French photographer Didier Lefevre traveled illegally into Soviet-controlled Afghanistan with a medical team from Doctors Without Borders who were on a mission to set up a field hospital. Lefevre's assignment was to document the difficulties of providing humanitarian aid — along the way, he captured 4,000 images.

At the time, only six of Lefevre's photographs were published in newspapers. For two decades, his contact sheets languished in boxes. And they might have remained there had it not been for graphic novelist Emmanuel Guibert.

Guibert collaborated with Lefevre to produce The Photographer: Into War-Torn Afghanistan With Doctors Without Borders, an unusual graphic novel that combines Lefevre's photos and Guibert's illustrations with a comic-book style narrative.

As Guibert tells host Guy Raz, Lefevre's black-and-white photographs form "the spine of the story," while his simple color illustrations capture the landscape, people and emotion of the journey. The book captures the toll of war in small moments that glorify no one; images show interactions between children and parents, soldiers and civilians, doctors and patients.

One of the people pictured in The Photographer is Doctors Without Borders staffer Juliette Fournot. Fournot organized the medical mission and hired Lefevre to join her staff of doctors and nurses.

At the time, Lefevre was inexperienced as a photographer and had little knowledge of Afghanistan, but Fournot says the Afghans "could recognize the necessity of testimony" and "the important aspect of witnessing."

Fournot tells Raz that the book's hybrid format suits the story of the 1986 medical mission: "It's very comfortable to be sitting on a shelf between Charlie Brown and the Smurfs. It would've been hard to be in a different category of superheros."

Lefevre died in 2007, before the English version of The Photographer was published. He left behind many contact sheets, photographs and notebooks from other journeys. Guibert says he plans to "knit together" a couple more stories from Lefevre's life as a photographer. His illustrations will fill in the gaps in narration. 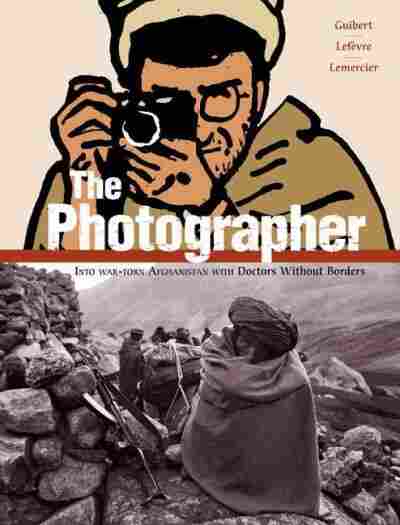