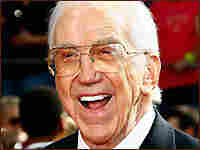 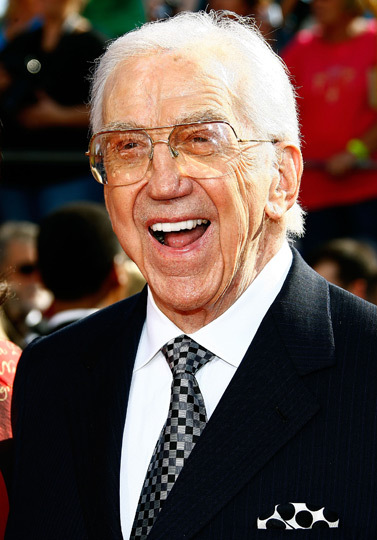 Ed McMahon arrives at the 60th Primetime Emmy Awards on Sept. 21, 2008, at the Nokia Theatre in Los Angeles. 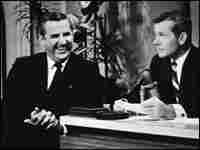 Ed McMahon shares a laugh with host Johnny Carson on the set of the Tonight Show in the 1960s. NBC Television/Getty Images hide caption 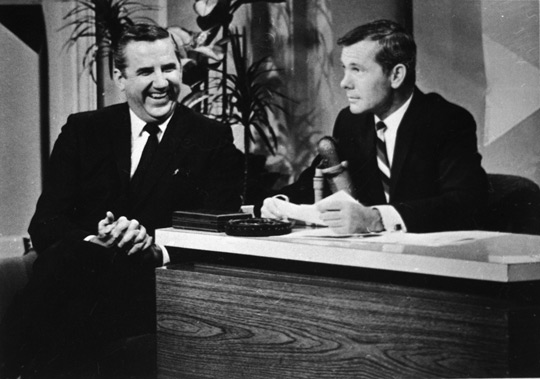 Ed McMahon shares a laugh with host Johnny Carson on the set of the Tonight Show in the 1960s. 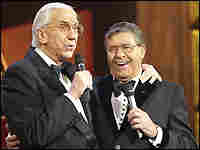 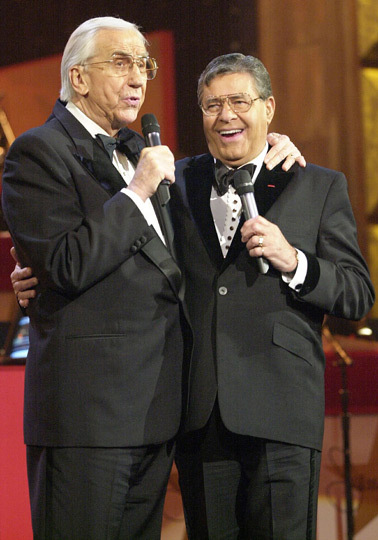 Comedian Jerry Lewis and Ed McMahon perform during the 2000 telecast of The Jerry Lewis MDA Telethon in Los Angeles.

Perhaps best known as Johnny Carson's straight man, whose bellowing "H-e-e-e-e-e-ere's Johnny!" opened NBC's Tonight Show, McMahon had dreamed of being a radio announcer since he was a child.

Born in Detroit in 1923, McMahon had a variety of odd jobs growing up: He called bingo games in traveling road-shows with his dad, sold vegetable slicers on the boardwalk in Atlantic City and worked as a clown on The Big Top TV show. He was also a Marine Corps pilot in both World War II and the Korean War.

But being a foil to Johnny Carson — a gig that lasted 30 years — is what made him famous. In a 1998 interview with WAMU's Diane Rehm, McMahon said being Carson's loyal sidekick was one of the best jobs in show business: "What a place to be, next to a guy as accomplished as he is. Here I am sitting next to him, doing counterpart to him!"

After Carson left the Tonight Show, McMahon moved on to other projects; in the 1980s and early '90s he hosted Star Search, the talent show that helped launch the careers of the comedian Sinbad and singer Christina Aguilera.

In recent years, McMahon made headlines when he was about to lose his multimillion-dollar Beverly Hills home when he defaulted on his mortgage. Appearing on CNN's Larry King Show, McMahon acknowledged spending more money than he made. But he did have a sense of humor about it. Earlier this year, he and rapper MC Hammer teamed up in a Super Bowl ad for Cash4Gold that poked fun at their spendthrift ways.

It might not seem like the most honorable way to end a career that made McMahon one of the most recognizable personalities on American television, but humility also seemed to be one of McMahon's traits. He once said that on the Tonight Show with Johnny Carson, he tried to be like very good background music in a movie: "The great movies are the ones where you don't even know there's any background music at all. That's what I tried to be — the guy who was in when he was needed, but out of the way when he wasn't."

That could also be said for a good salesman — which Ed McMahon always proudly considered himself. He once said: "If I can hold it up and point to it, I can sell it."