Accessibility links
Hilarious Strut Through Badlands Of Race And Class A delicious comedy of miscommunication, Percival Everett's I Am Not Sidney Poitier takes on racism and its absurdities. It's a freewheeling coming-of-age, and one of the funniest, most original stories to be published in years. 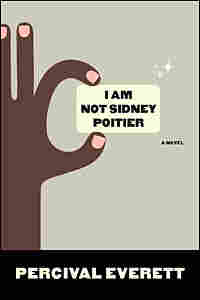 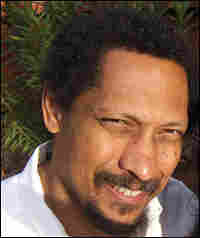 Percival Everett has been publishing continuously since 1983. His work spans multiple genres, including novels, short stories, poetry and a children's book. hide caption 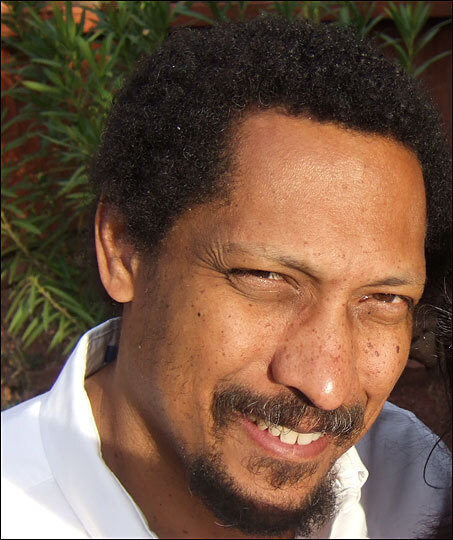 Percival Everett has been publishing continuously since 1983. His work spans multiple genres, including novels, short stories, poetry and a children's book.

In 2001, Percival Everett's novel Erasure garnered wide acclaim from critics, bringing the works of one of the country's most interesting writers to the attention of many new readers. A satire on race and academia (among other things), Erasure told the story of a black English professor who writes a vulgar parody of what is assumed at large to be the "authentic" experience of young black men. His thug-life pulp, "My Pafology," is taken as gospel and becomes a best-seller; complications ensue.

I Am Not Sidney Poitier, Everett's new novel, picks up, in a way, where Erasure left off. It, too, looks at racism and its inherent absurdities (a theme shared by many of Everett's 19 books). Fueling this picaresque, absurdist tale is the confusion fomented by the mere presence of its narrator — a wealthy black teen who bears a striking resemblance to the striking pop icon of poise and dignity, Sidney Poitier.

Born in Los Angeles to a loving, if perhaps insane, mother who shares the famous actor's last name, Not Sidney Poitier (his given name) is the good-natured embodiment of intelligence and unflappability — both of which he's going to need after his mother dies when he's 11, leaving him a mint. She also bequeaths him the friendship of Ted Turner, the media mogul, who's never forgotten the $30,000 investment Not's mother put into a fledgling Turner Broadcasting System. Ted comes for Not Sidney (or "Nu'ott," as he drawls it) and installs him in the mansion he occupies with the aloof, alluring Jane Fonda.

What follows is a freewheeling coming-of-age of sorts (without giving anything away, it's more like witnessing an apotheosis) and one of the funniest, most original stories to be published in years. Everett has written a delicious comedy of miscommunication. From his narrator's unfortunate, hostility-inducing name to Ted Turner's constant non sequiturs, confusion reigns in this journey through the perception-warping, soul-twisting badlands of race and class.

Adding to the reader's delight, Not Sidney, to hilarious, ironical effect, re-enacts parts of Poitier's most famous movies — In the Heat of the Night ("They call me Mr. Poitier," Not Sidney tells a prying lawman), The Defiant Ones (on the lam, manacled to a white prisoner) and Lilies of the Field (the nuns replaced by hard-up Pentecostals). These set pieces unfold not just in the gothic South amid poor rednecks, as might be expected, but also in the world of elite higher learning amid economically comfortable black students. As it turns out, the premise for Guess Who's Coming to Dinner works just as well if the girlfriend's family is rich, conservative and black — but light-skinned.

A deadpan satirist, Everett pulls and tugs at the truth that economic privilege and skin tone can determine a person's value. To come out ahead, black Americans have to aspire to being 'not black,' to erase their identities and become color-free. As the novel shows, it's a predicament that can be both painful and ridiculous.

Excerpt: 'I Am Not Sidney Poitier'

I didn't want to believe, nor could I imagine, that Ted was manipulating the crosshairs of the planchette to make the Ouija Board answer my questions in a particular way, but it was the only viable explanation. To my sad question "Will I be stuck in Atlanta forever?" the board said, "Could be." To my panicked "Am I crazy," it was similarly noncommittal, saying, "Perhaps." And finally to my offhanded question, "Was I really in utero for twenty-four months?" it was irritatingly and aggravatingly more definite, giving the response "Without a doubt."

Ted and I were sitting on the edges of lounge chairs by the pool. Jane was steadily swimming laps, her large feet and long legs propelling her slinky red-bikinied body.

"You know where the name of the Ouija Board comes from, Nu'ott?" Ted asked. "It's from the French and German words for yes. Could just have easily been called the non-nein. Of course that's just one theory. There are probably many. I find it simply strange that the skin they pack sausages in is edible. Edgar Cayce thought they were dangerous."

"No, Ouija Boards. Why would Edgar Cayce care about sausages? Maybe he did. He was a weird dude. And sausages are everywhere." Ted looked at his bare feet at the end of his chinos. "Let me ask it a question. Why can't the Democrats come up with decent slogans?"

"I think that might be a long answer," I said.

"My point exactly. Republicans run around chanting 'America, love it or leave it' and 'Freedom isn't free.' "

"The board can't handle that," I said.

"We ought to market a better one. Pigs are really smart, you know."

I hadn't said it, but I'm certain Ted knew it. I felt like a failure. I had set out on my own and had come back with my pathetic tail between my legs. Actually, I was more than a little bit lucky to have come back with a tail at all, much less one unbothered by my unseemly Peckerwood County–work-farm brethren. Failure might have been too strong a term only because I hadn't had any real goals when I set out. That finally was my awakening, my revelation from that brief and both eye-opening and eye-closing experience, that I, sadly, had no direction in life, and my new mission became to discover some mission.

"You could go to college," Ted said.

That was true, and I knew just what he meant, which in itself might have been evidence enough that I didn't need a university. However, at last, I was large enough in stature to not be pushed around physically, and suddenly I wanted, for whatever reasons, to be near people my own age, most especially women. Even as I thought it I knew I was being naïve. People had never treated me well, and I had no reason to expect they would change just because I was bigger.

"Definitely," Ted said. "College would be great for you. A time for searching and growth, for exposure to new and uninteresting subjects. I think that they should be called tax cells instead of brackets." 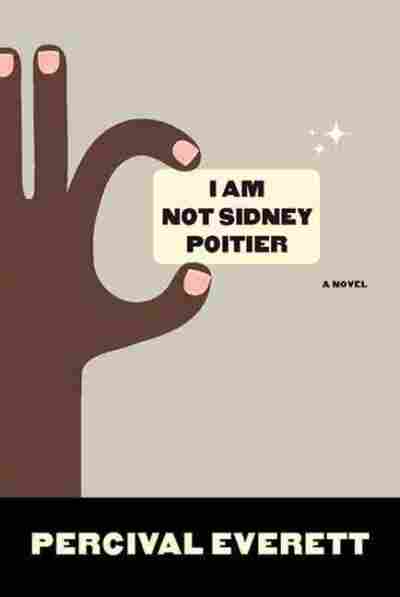 I Am Not Sidney Poitier

Title
I Am Not Sidney Poitier
Subtitle
A Novel
Author
Percival L. Everett