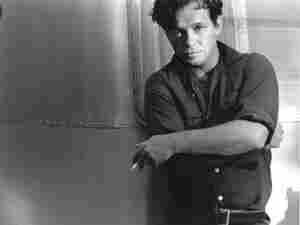 John Mellencamp drew inspiration for "Longest Days" from his adult memories of his aging grandmother. Courtesy of the artist hide caption

John Mellencamp's hits have spanned decades; his songs have been used in both Democratic and Republican campaigns and car commercials; and more recently, he performed "Pink Houses" at President Obama's inaugural celebration at the Lincoln Memorial.

In his latest album, Life, Death, Love and Freedom, Mellencamp presents a collection of what he calls "modern electric folk songs," in which he muses largely on mortality (his own) and impending trouble (in the wider world).

Mellencamp says if he has to struggle to write a song, it's no good. The first song on the album, "Longest Days," came to him one morning, as a complete thought.

"[There was] no laboring about lines and melodies," he tells Fresh Air host Terry Gross. "My best songs come from a place outside myself."

The Indiana-born singer-songwriter joins the show from his home studio near Bloomington to talk about growing up in the Church of the Nazarene, his reaction to John McCain's use of his song "Our Country," and about how his grandmother is holding a spot for him in heaven — so long as he stops cussing.

Mellencamp is touring this summer with Willie Nelson and Bob Dylan.