Accessibility links
Crooked Fingers On Mountain Stage Songwriter and guitarist Eric Bachmann started out in college radio and has been crafting his sound ever since. Now, with Crooked Fingers, he performs songs from the band's fifth CD, Forfeit/Fortune.

Songwriter Eric Bachmann found success on college radio, and on MTV in its prime, with his band Archers of Loaf. Since that group split, Bachmann has been honing his careful and evolving sound on solo releases and with his latest band, Crooked Fingers. Featuring bassist/vocalist Miranda Brown, and Tim Husmann on drums and piano, the group performs songs from its fifth CD, Forfeit/Fortune. 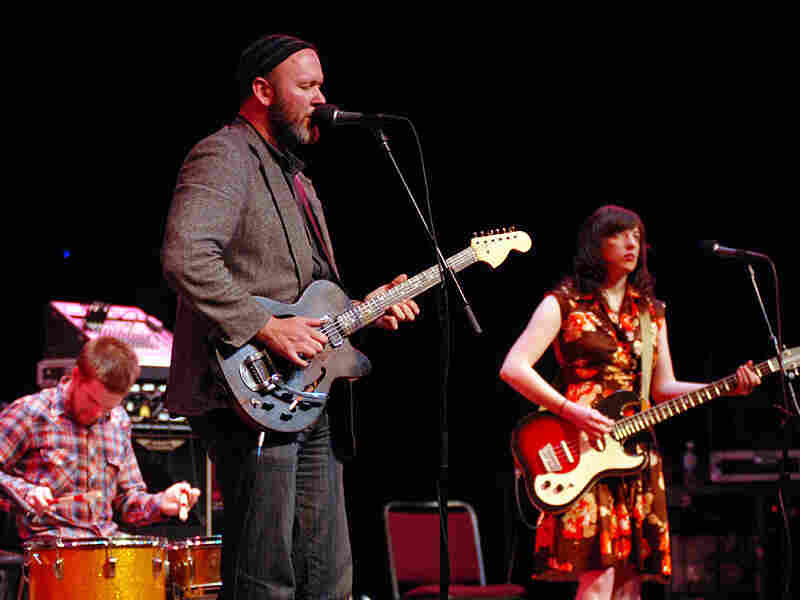 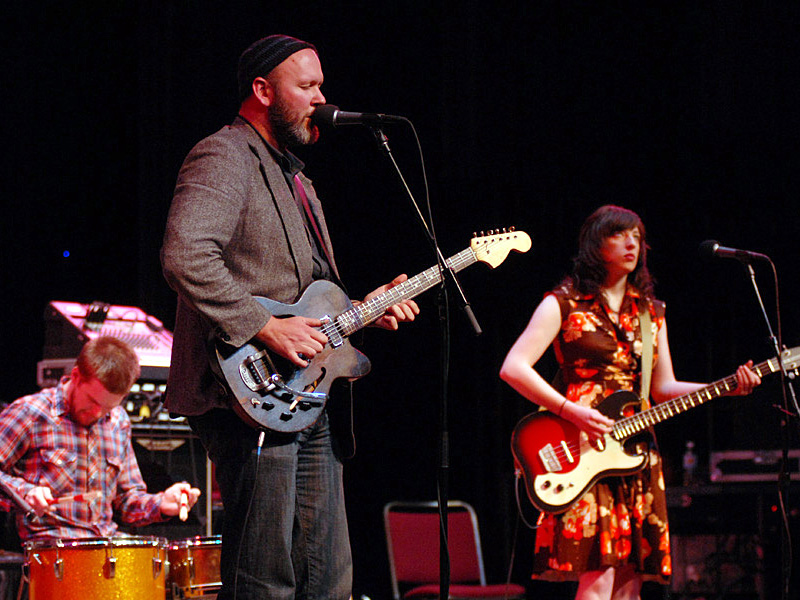 Twenty independent retailers across the nation were chosen by the band to sell Forfeit/Fortune, as a nod to the stores' support during the band's eight-year career.

Bachman also backed Neko Case on a recent appearance with David Letterman. Crooked Fingers was Case's opening band for a leg of her Middle Cyclone tour.