Accessibility links
A 'Step-Other' Reflects On The Cycle Of Life Roy Wilbur learned how to grieve for his father with the help of the 3-month-old granddaughter of his longtime partner. 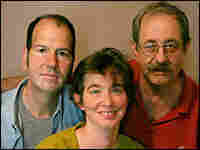 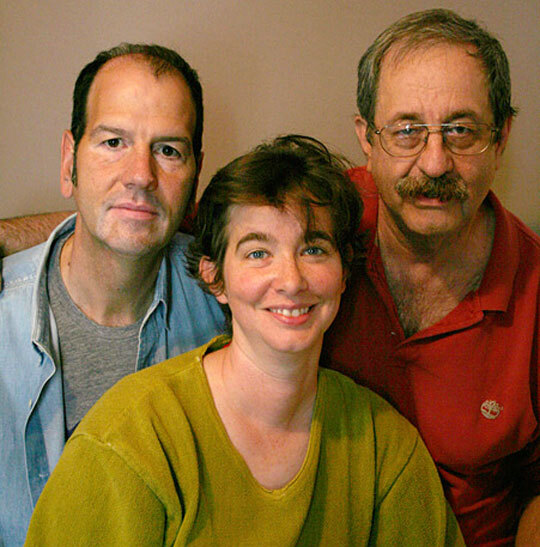 Larry Buss and Roy Wilbur have been partners for nearly 30 years.

For years, Larry's daughter, Alexis, referred to Roy affectionately as her "step-other," a play on stepmother. When Alexis, 36, had her daughter, Sonja, two years ago, she asked Roy what Sonja ought to call him.

"Well, I spent 27 years of my life being referred to as a step-other," he says during a conversation between the two at a StoryCorps booth in Philadelphia. "And early on I thought, 'Well, she could call me her grand-other.' "

But Alexis felt Sonja would likely defer to calling him Roy.

"Well, I am Roy and she's young. She doesn't know the difference at this point, having a pop-pop and a Roy as opposed to a pop-pop and a grandma," the 52-year-old says. "So at this point to hear her say 'pop-pop and Roy' really just sort of re-emphasizes the fact that we are a couple. And that means a lot to me."

For Alexis, having her daughter see the great relationship between her father and Roy means a lot. It means a lot to Roy, as well, because his relationship with his father wasn't a good one.

"He had a lot of problems accepting me and accepting Larry, and so when he got sick, I just didn't find myself grieving, and I knew he was dying, but I couldn't cry," Roy says.

At the time his father was sick, Sonja was three months old. One day, Roy took the crying baby outside and walked with her until she fell asleep.

"And I found that when she fell asleep after she stopped crying, that's when I started crying," he says. "It was like she allowed me to grieve for my father. I was reminded of everything he had done for me over my life despite the feelings that he had for me at that time, and the whole cycle of life sort of came to mind. Here she was, a little 3-month-old baby, and my father was a 77-year-old man who within three days would be gone.

"I am not her biological grandfather — Larry is. But at that moment, feeling the warmth of her body and her little sobbing — you know, the little tears — it almost felt like she was."