Accessibility links
Focusing Through Tears: What Gov. Sanford Said In an era when we are used to politicians offering contrite apologies for indiscretions and crimes, South Carolina Governor Mark Sanford stands out--not for the heinousness of his acts--but for the digressiveness of his apology. Is this the most heartfelt political apology yet? Commentator Lynne Tirrell says don't be fooled. 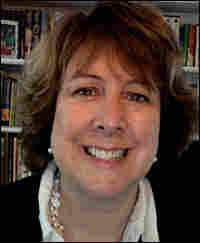 Lynne Tirrell is a professor of Philosophy at UMass Boston. She has written extensively on apology. Courtesty of Lynne Tirrell hide caption

For five days no one in South Carolina seemed to know where the governor was, or how to get a hold of him. That included both the governor's wife, and also his staff. As it turns out Governor Mark Sanford was in Argentina having a very steamy extramarital affair. When he got back on Wednesday, Sanford issued a very public apology. In an era when we are used to "heartfelt" apologies from cheating politicians—Clinton, Spitzer, Edwards—Sanford's train-wreck of an apology stood out because it was almost as messy as the mess he was apologizing for.

Early in his rambling apology Sanford said he went AWOL in Argentina because he "desperately" needed "a break from the bubble wherein every word, every moment is recorded--just to completely break." Now that Governor Sanford is back in the bubble, it is this element of Sanford's apology that South Carolinians should be focusing on—his premeditated AWOL adventure—and not the Argentine lover—however steamy she may be.

Governor Sanford says he is "a bottom-line kind of guy." The bottom line is that before he went AWOL he carefully set the stage for his private escape from public responsibilities with a series of indirect speech acts that misled his staff. He left the country without letting his staff know where he was going or how to get a hold of him. He deliberately shirked his public responsibilities, wronging his entire state.

The governor's rambling style, raw emotional delivery, and his tears, made his apology seem more personal, more heartfelt, and less official than what might have been called for in a public setting. But don't be fooled. All that raw emotion served a political purpose: it helped deflect attention from wrongs he committed in his public role onto private harms. And that allowed the governor to reassert his commitment to conservative values.

This was political self-service cloaked personal and moral shame. Sanford's diffuse, dramatic apology is keeping South Carolinians from looking at how well the governor and his staff communicate; and whether the governor follows state laws regarding notification of his whereabouts. South Carolinians should be wondering when Sanford might go AWOL again, and how to get a governor who does not need to escape the bubble.

Like many who apologize badly, Governor Sanford also emphasized the harm he did to himself, saying, "I think that that is the bottom line of God's law, that it's not a moral, rigid list of do's and don'ts just for the heck of do's and don'ts. It is indeed to protect us from ourselves. And the biggest self of self is, indeed, self; that sin is, in fact, grounded in this notion of what is it that I want as opposed to somebody else?" This sounds like a bad parroting of Kierkegaard, but with "the biggest self of self is, indeed, self" Gov. Sanford is not making a metaphysical point, but instead is making a moral one, poorly. Later, he explicitly said, "This was selfishness on my part." But even Sanford's admission of selfishness is a selfish act that serves a political purpose: to reassert his status as moral, in the hope of regaining his conservative supporters.

Obviously, Governor Sanford wants to reassure that conservative base. He said: "And in this regard, let me throw one more apology out there, and that is to people of faith across South Carolina, or for that matter, across the nation, because I think that one of the big disappointments when — believe it or not, I've been a person of faith all my life." Couched in the grammar of an afterthought, this comment addresses the constituency he does not want to lose. It is also an identity he does not want to lose. The sentence starts out being about people of faith in his political base, but ends up being all about him--asserting his Christian conservative identity despite his moral wrongs. Bad grammar, but a crucial move.

Despite the tears and Sanford's visible distress, his apology is as self-serving as more conventional political apologies. If the South Carolina faithful want to forgive the sinner, they nevertheless need to recognize that this is a public servant who started his apology by admitting to indirect speech acts designed to confuse and mislead. The governor went AWOL. It's time to burst the governor's bubble and send him back to his private life.