Accessibility links
Remembering An Angel: Farrah Fawcett Farrah Fawcett may have played one of Charlie's Angels, but commentator Bret Anthony Johnston says it wasn't all acting. Johnston grew up in the same town as Fawcett, and says there was always something special about the actress. 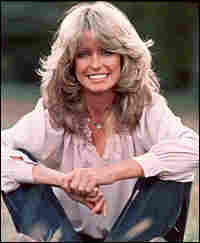 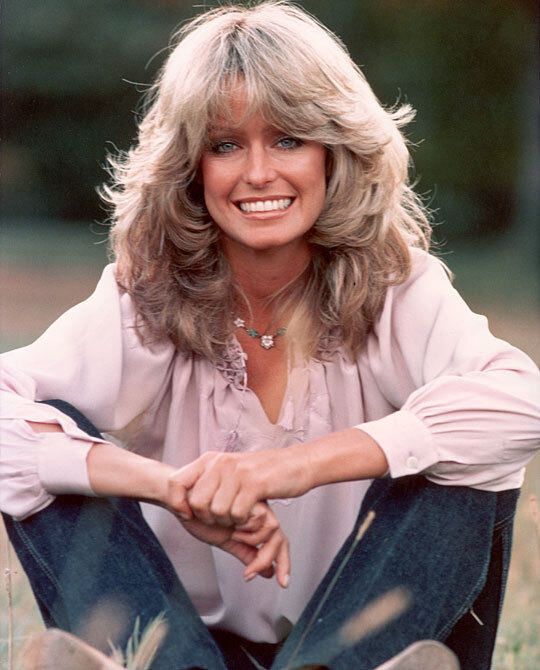 "For all of her sex appeal, there always seemed an abiding innocence in Farrah's beauty," says commentator Bret Anthony Johnston. 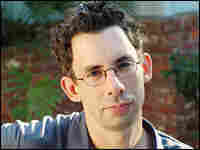 Farrah Fawcett and I both grew up in Corpus Christi, Texas. In fact, she was my first girlfriend. I carried her picture in my wallet. My father, I remember, was especially pleased by our romance. Whenever his buddies stopped by after work, he'd urge me to un-Velcro my wallet and show off my girl. When they saw her, they whistled. Then, they'd laugh and tousle my hair. I was six years old. Farrah was 30, the star of Charlie's Angels and, inarguably, the sexiest thing on the planet.

My mother had gone to high school with her for a year — one of the three consecutive years when Farrah was named Most Beautiful by her classmates. After that, Farrah studied microbiology at the University of Texas — she was voted one of the Most Beautiful there, too — then she went to Hollywood and, eventually, onto that poster, you know the one, the one where she's all hair and smile and red bathing suit. It's maybe the most iconic image from the '70s, and certainly the image that turned countless boys into men.

And yet, for all of her sex appeal, there always seemed an abiding innocence in Farrah's beauty, just as there always seemed a resonance and depth to her work. Sure, maybe Charlie's Angels was nothing more than "jiggle TV," but what about her performances in Extremities, The Burning Bed, or my personal favorite The Apostle, where she so deeply inhabits the wife of a Pentecostal Texan preacher, played by Robert Duvall. Farrah's performance is nuanced, restrained, heart-rending. She disappears so completely into the character that most people don't recognize her. But I did, and I fell in love all over again.

After the publication of my first book, a collection of stories set in the city where we grew up, I received a few messages from one of Farrah's assistants; she passed along Farrah's compliments, her memories of Corpus, her questions about film options. I told her, not half-jokingly, that I'd sign over the rights to the stories she liked for an inscribed poster. "Okay," she said. "I'll see what I can do." Shortly after that conversation, Farrah was diagnosed with the cancer that would eventually take her life. The poster never came.

But I always believed it would. Even now, I can't quite believe it won't. This, I think, is why we found Farrah so captivating: Despite her impossible beauty, despite the tabloid rumors, her super-stardom and her courageous, public battle with disease, she still seemed approachable and reliably timeless, like that sweet girl from your hometown, the prom queen with an easy laugh who, although way out of your league, would give you a picture for your wallet. She made each of us think we stood a chance with her. She always seemed just within reach — in some ways, she always will — even when, really, she was as far away as the brightest star or the purest angel.