Warning: getimagesize(https://media.npr.org/books/summer/2007/shorts200-1a46dd4da98739f823593792b5a1668002291454.jpg): failed to open stream: HTTP request failed! HTTP/1.0 404 Not Found in /var/www/html/src/Views/CommonJsonldView.php on line 87
 Excerpt: 'Goodbye to All That' : NPR
Accessibility links
Excerpt: 'Goodbye to All That' Joan Didion's essay, read by actress Mia Dillon, is included on the Selected Shorts: Travel Tales CD along with stories by Nadine Gordimer, Max Steele and others. In this essay, Didion describes her arrival in New York after putting California behind her for the first time.

Excerpt: 'Goodbye to All That'

Excerpt: 'Goodbye to All That'

Mia Dillon's reading of "Goodbye to All That" is included in Selected Shorts: Travel Tales, an audio compilation of short stories. 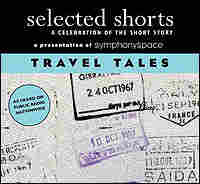 'Savor the Season with a Picnic of Good Books'

How many miles to Babylon?

Three score miles and and ten—

Can I get there by candlelight?

Yes, and back again—

If your feet are nimble and light

You can get there by candlelight.

It is easy to see the beginnings of things, and harder to see the ends. I can remember now, with a clarity that makes the nerves in the back of my neck constrict, when New York began for me, but I cannot lay my finger upon the moment it ended, can never cut through the ambiguities and second starts and broken resolves to the exact place on the page where the heroine is no longer as optimistic as she once was. When I first saw New York I was twenty, and it was summertime, and I got off a DC-7 at the old Idlewild temporary terminal in a new dress which had seemed very smart in Sacramento but seemed less smart already, even in the old Idlewild temporary terminal, and the warm air smelled of mildew and some instinct, programmed by all the movies I had ever seen and all the songs I had ever heard sung and all the stories I had ever read about New York, informed me that it would never be quite the same again. In fact it never was. Some time later there was a song on all the jukeboxes on the Upper East Side that went "but where is the schoolgirl who used to be me," and if it was late enough at night I used to wonder that. I know now that almost everyone wonders something like that, sooner or later and no matter what he or she is doing, but one of the mixed blessings of being twenty and twenty-one and even twenty-three is the conviction that nothing like this, all evidence to the contrary notwithstanding, has ever happened to anyone before.

Of course it might have been some other city, had circumstances been different and the time been different and had I been different, might have been Paris or Chicago or even San Francisco, but because I am talking about myself I am talking here about New York. That first night I opened my window on the bus into town and watched for the skyline, but all I could see were the wastes of Queens and big signs that said MIDTOWN TUNNEL THIS LANE and then a flood of summer rain (even that seemed remarkable and exotic, for I had come out of the West where there was no summer rain), and for the next three days I sat wrapped in blankets in a hotel room air-conditioned to 35 degrees and tried to get over a bad cold and a high fever. It did not occur to me to call a doctor, because I knew none, and although it did occur to me to call the desk and ask that the air conditioner be turned off, I never called, because I did not know how much to tip whoever might come—was anyone ever so young? I am here to tell you that someone was. All I could do during those three days was talk long-distance to the boy I already knew I would never marry in the spring. I would stay in New York, I told him, just six months, and I could see the Brooklyn Bridge from my window. As it turned out the bridge was the Triborough, and I stayed eight years.

In retrospect it seems to me that those days before I knew the names of all the bridges were happier than the ones that came later, but perhaps you will see that as we go along. Part of what I want to tell you is what it is like to be young in New York, how six months can become eight years with the deceptive ease of a film dissolve, for that is how those years appear to me now, in a long sequence of sentimental dissolves and old-fashioned trick shots—the Seagram Building fountains dissolve into snowflakes, I enter a revolving door at twenty and come out a good deal older, and on a different street. But most particularly I want to explain to you, and in the process perhaps to myself, why I no longer live in New York. It is often said that New York is a city for only the very rich and the very poor. It is less often said that New York is also, at least for those of us who came there from somewhere else, a city only for the very young.

I remember once, one cold bright December evening in New York, suggesting to a friend who complained of having been around too long that he come with me to a party where there would be, I assured him with the bright resourcefulness of twenty-three, "new faces." He laughed literally until he choked, and I had to roll down the taxi window and hit him on the back. "New faces," he said finally, "don't tell me about new faces." It seemed that the last time he had gone to a party where he had been promised "new faces," there had been fifteen people in the room, and he had already slept with five of the women and owed money to all but two of the men. I laughed with him, but the first snow had just begun to fall and the big Christmas trees glittered yellow and white as far as I could see up Park Avenue and I had a new dress and it would be a long while before I would come to understand the particular moral of the story.

It would be a long while because, quite simply, I was in love with New York. I do not mean "love" in any colloquial way, I mean that I was in love with the city, the way you love the first person who ever touches you and you never love anyone quite that way again.