Accessibility links
Covering Michael Jackson: Five Songs When your career includes charting four No. 1 hits in a row and selling a gazillion records, it's no surprise that a few people (or a few hundred) may want to cover your songs. Here is just a sampling. 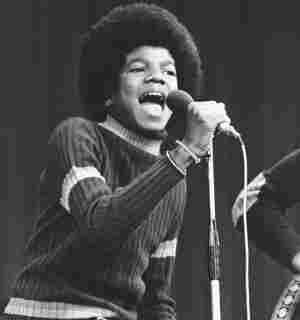 When your career includes charting four No. 1 hits in a row and selling a gazillion records, it's no surprise when a few people (or a few hundred) want to cover your songs. It's a full circle of sorts: Michael Jackson and The Jackson 5 recorded any number of great covers themselves, especially early in their respective careers. But almost from the beginning, the Jacksons' songs drew the attention of other musicians seeking to put their own spin on the iconic hits.

Here are four of the best Jackson-related covers, with one of the family's own tributes thrown in for good measure. 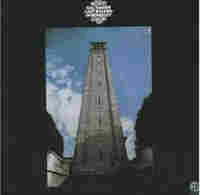 I Want You Back

I Want You Back

Legendary Latin jazz leader and vibraphonist Cal Tjader must have been quite the Jackson 5 fan: His 1973 Last Bolero in Berkeley album includes not one but two covers of their songs -- "Never Can Say Goodbye" and this catchy version of "I Want You Back." The song turns out to work exceptionally well in a jazz context, especially as Tjader plays the original's signature bass melody with a brass section. They're jamming so hard and funky on this song, it's easy to forget it's Tjader until about a minute in, where his vibes finally make a splash. 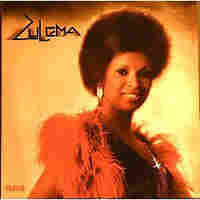 Wanna Be Where You Are

Wanna Be Where You Are

Despite a long career that spanned the 1970s into the early '80s, R&B singer Zulema never managed to chart well -- except once. During the mid-'70s, her sole "hit" (if a No. 58 single can be called a hit) came in the form of her cover of Jackson's early solo track "Wanna Be Where You Are." Her striking reworking gives the song a stirring, disco-flavored feel which, combined with the subtle grit of Zulema's vocals, makes the song feel more "adult" compared to the original, recorded when Jackson was still just 14. This sounds like the best LaBelle song the group never made. 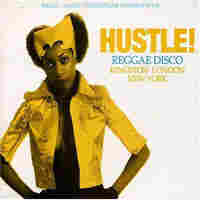 Don't Stop Till You Get Enough

Don't Stop Till You Get Enough

Reggae has long shared a close kinship with American R&B, so it's no surprise that Michael Jackson's songs would find a instant following in Jamdown. Derrick Laro and Trinity's cover of "Don't Stop 'Til You Get Enough" (from Off the Wall) is possibly the best known of all these; it's certainly in contention to be the best, period. The original song's thick basslines are easy to translate into a rock-steady rhythm, but it's Laro's attempt to match Jackson's falsetto that ices this cake. 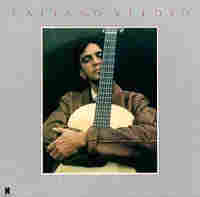 Search YouTube and you'll find dozens of acoustic-guitar covers of Michael Jackson songs. But Brazil's famed composer/singer Caetano Veloso was ahead of the curve back in 1986, when he recorded this quirky but charming version of "Billie Jean" as part of a larger medley that also included "Eleanor Rigby." Perhaps because it was such a dance hit, it's easy to forget how dark and moody Jackson's "Billie Jean" was. But even though Veloso approaches the song with a light, sunny touch, he also preserves some of the melancholy of the original. 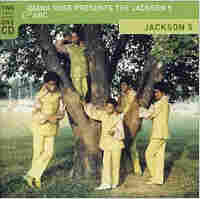 Turnabout is fair play, and while there's no shortage of eccentric Michael Jackson/Jackson 5 covers, the group performed its own share. Perhaps none is more unexpected than this cover of "Zip a Dee Doo Dah" (from Disney's Song of the South), which appears on the group's debut album. Without forgetting the uncomfortable taint of the movie's racial dynamics, it's hard not to marvel at the group's (or Motown's) decision to cover a Disney song -- and to arrange it with a clear funk edge. In fact, when Michael's voice comes piercing through at the beginning, he's interpolating Sly and the Family Stone's "Sing a Simple Song." But when he starts singing, "Hey, Mr. bluebird on my shoulder," the listener is pulled back into Disney-land.