Accessibility links
In Defense Of The Flag (Sewn For History Class) Bob Heft, who sewed the 50-state flag as a high schooler, received a B- for his project. Heft's history teacher accused him of not knowing how many states were in the union at the time. The teacher changed the grade when the design was accepted by Congress. 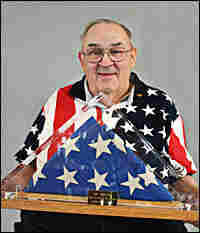 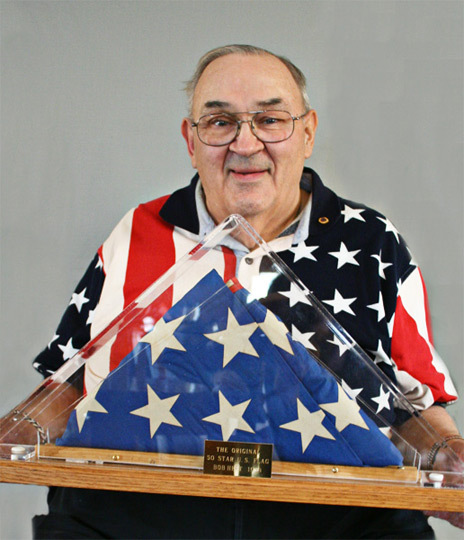 For an American history class project during his junior year of high school, Bob Heft, now 67, created a 50-star flag. The only problem was there were only 48 states at the time. But Heft had a hunch that two more states would be added soon. A hunch that turned out to be right.

At the time, there was talk of statehood for Alaska; Bob guessed that Hawaii would be next for political balance — one Democratic state for one Republican. Hawaii was added as the 50th state 50 years ago this summer.

Heft created the 50-star flag by cutting up a 48-star flag his parents had received as a wedding present.

"I'd watch my mom sew, but I had never sewn," says Heft, who was fascinated with Betsy Ross. "And since making the flag of our country, I've never sewn again."

But Heft's teacher was less than impressed.

"Why you got too many stars? You don't even know how many states we have," Heft remembers his teacher saying as he turned in the flag.

Heft got a B- on his project.

"I was upset," Heft says. "The teacher said, 'If you don't like the grade, get it accepted in Washington then come back and see me. I might consider changing the grade.' "

Two years later, Heft had written 21 letters to the White House and called 18 times. His perseverance paid off when he received a call from the late President Eisenhower. Eisenhower invited Heft to come to Washington, D.C., for a ceremony for the adoption of Heft's flag. His design was made official on July 4, 1960.

Produced for Morning Edition by Michael Garofalo and Nadia Reiman.