Accessibility links
The Black Keys: Down-and-Dirty Blues Rock The Black Keys are a duo from Akron, Ohio. The band went from college dropouts mowing lawns to cult stardom. Their sound is an ultra-retro throwback to the days when Eric Clapton and Jimi Hendrix channeled American blues artists. 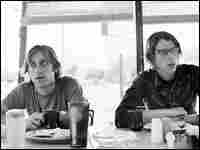 The Black Keys are a down-and-dirty duo from Akron, Ohio. Guitarist/singer Dan Auerbach and drummer Patrick Carney were college dropouts who went from mowing lawns to cult stardom after recording their first album in Carney's basement in 2002. The band is an ultra-retro throwback to the days when Eric Clapton and Jimi Hendrix channeled American blues artists. 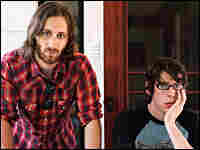 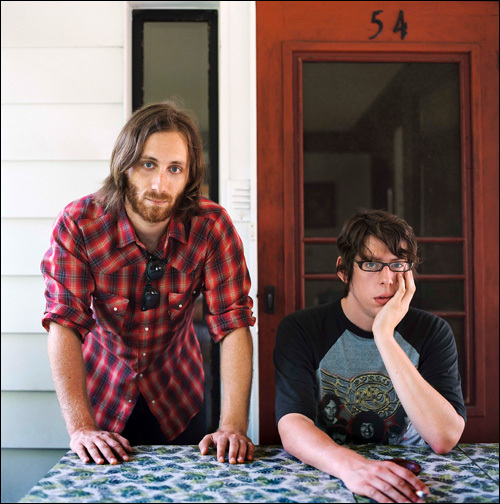 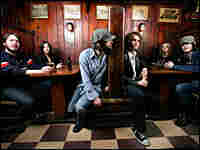 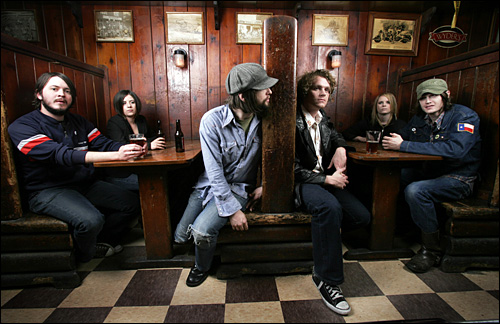 This live webcast is a production of NPR Music and the 9:30 Club in Washington, D.C. 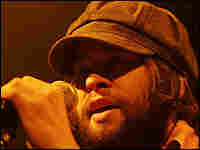 The Black Angels at the 9:30 Club in Washington, D.C. Joel Didriksen for kingpinphoto.com hide caption

Bloodhounds on My Trail

Sniper at the Gates of Heaven 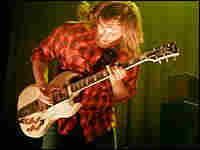 Girls on My Mind

Just Got to Be

The Black Keys in Concert

The Black Angels in Concert

To download, right-click (pc) or control-click (mac) and save target or link to your computer. 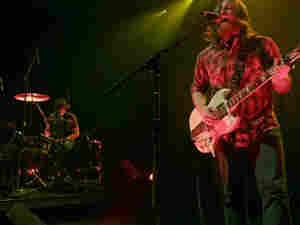 Friends since they were kids, Auerbach and Carney both dropped out of college and mowed lawns for a living when they first started their band in 2002. They got the name from a schizophrenic artist in Akron who called the two "the black keys," a phrase he used to describe people who "weren't quite right."

In four short years The Black Keys have released four critically-acclaimed albums. The duo's most recent release, Magic Potion, is their debut for Nonesuch records.

"The idea was for people to be able to sit on a porch in Akron with a can of beer and blast the record through a boom box," says Auerbach. "People can depend on Pat and me to play music and be around for life. We have to: It's the only job skill we have."

The Black Angels are from Austin, TX. They've been making music for just two years, but have already earned a large base of loyal fans and widespread praise from critics for the band's heavy-duty, trippy jams. It's a sound The Black Angels call "Native American Drone Rock and Roll."

Taking their name from the Velvet Underground tune "The Black Angels Death Song," the six-member band moves through the acid-infused, hazy spirit of '60s psychedelia with a home-grown mantra: "Turn On, Tune In, Drone Out."

It's an eclectic group of artists from diverse backgrounds. Bassist Nate Ryan was born on a cult compound; guitarist Christian Bland is the son of a Texas preacher man; organist Jennifer Raines grew up in a mortuary; and drummer Stephanie Bailey and vocalist Alex Maas believe a little girl in a red linen dress haunts the group's home. The band is also joined by Jennifer Raines on drone machine, multi-instrumentalist Kyle Hunt and, on occasion, projectionist Richard Whymark.

Together, they say they're "marching forward into battle for your souls."