Steve Earle began his career by writing music. His songs were recorded by some of the big names of the '70s, including Carl Perkins and Vince Gill. "Guitar Town," Earle's first big hit, shot to the top of the country charts in 1986 and was nominated for two Grammys. 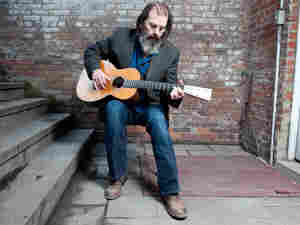 Earle battled addiction in the '90s, but eventually cleaned up and started writing again. Since then, he's explored more diverse styles of music, including bluegrass and hard rock.

In 2009, Earle released Townes, a record of songs written by his mentor, Townes Van Zandt. For the recording of Townes, Earle recorded pieces that he learned from Van Zandt himself, and taught himself to play several songs for the recording. The album mixes traditional country sounds and experimental pieces.

In this interview with World Cafe, Earle discusses the circumstances surrounding the creation of Townes, as well as his relationship with Van Zandt.