Accessibility links
The New Price Point? 'Free' Chris Anderson, editor in chief of Wired magazine, talks about his new book Free: The Future of a Radical Price. Anderson theorizes that businesses can profit by giving it all away on the internet. 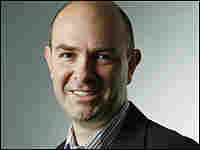 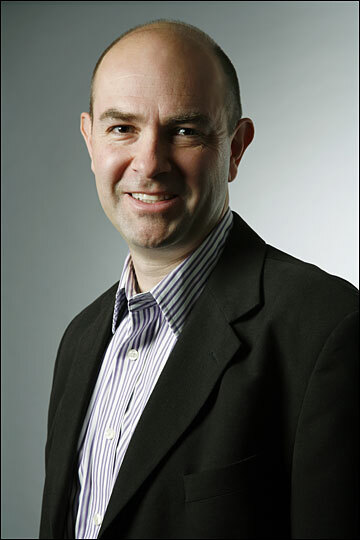 Chris Anderson explains how the digital age has redefined free.

Journalist Chris Anderson believes that businesses can profit by giving their material away on the Internet. His new book Free: The Future of a Radical Price explains how "free" can become a marketing technique, helping businesses gain credibility in an economy that increasingly values reputation.

The editor-in-chief of Wired magazine, Anderson is the author of The Long Tail. Previously, he was U.S. business editor at The Economist.

Excerpt: 'Free: The Future Of A Radical Price' 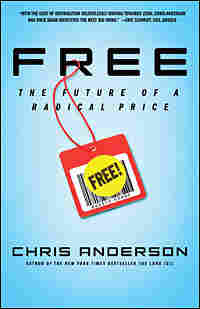 There's no getting around it: Gelatin comes from flesh and bones. It's the translucent, glutinous substance that skims to the top when you boil meat. But if you collect enough of it and purify it, adding color and flavor, it becomes something else: Jell-O. A clean powder in a packet, far removed from its abattoir origins of marrow and connective tissue.

We don't think much about the origins of Jell-O today, but in the late 1800s, if you wanted to put a jiggly treat on your dinner table, you had to make it the hard way: putting off-cuts in a stewpot and waiting a half day for the hydrolyzed collagen to emerge from the gristle.

In 1895, Pearle Wait sat at his kitchen table poking at a bowl of gelatin. The carpenter with a side business of patent medicine packaging had been wanting to get into the then-new packaged foods business and thought this might be the stuff, if only he could figure out how to make it more appealing. Although glue-makers had been producing it for decades as a by-product of their animal rendering, it had yet to prove popular with American consumers. For good reason: It was a lot of work for a pretty small reward.

Wait wondered if there might be a way to take gelatin more mainstream. Earlier efforts to sell prepackaged powdered gelatin, including by the inventor of the process, Peter Cooper (of Cooper Union fame), sold it plain and unflavored on the argument that this was the most flexible form; cooks could add their own flavors. But Wait thought that preflavored gelatins might sell better, so he mixed in fruit juices, along with sugar and food dyes. The jelly took on the color and flavor of the fruits — orange, lemon, raspberry, and strawberry — creating something that looked, smelled, and tasted appealing. Colorful, light, and delightful to play with, it was a treat that could add jiggly, translucent fun to almost any meal. To distance the stuff further from its abattoir origins, his wife, May, renamed it Jell-O. They boxed it up to sell.

But it didn't sell. Jell-O was too foreign a food and too unknown a brand for turn-of-the-century consumers. Kitchen traditions were still based on Victorian recipes, where every food type had its place. Was this new jelly a salad ingredient or a dessert?

For two years, Wait kept trying to stir up interest in Jell-O, with little success. Eventually, in 1899, he gave up and sold the trademark — name, hyphen, and all — to Orator Frank Woodward, a local businessman. The price was $450.

Woodward was a natural salesman, and he had settled in the right place. LeRoy had become something of a nineteenth- century huckster hotbed, best known for its patent medicine makers. Woodward sold plenty of miracle cures and was creative with plaster of paris, too. He marketed plaster target balls for marksmen and invented a plaster laying nest for chickens that was infused with an anti-lice powder.

But even Woodward's firm, the Genesee Pure Food Company, struggled to find a market for powdered gelatin. It was a new product category with an unknown brand name in an era where general stores sold almost all products from behind the counter and customers had to ask for them by name. The Jell-O was manufactured in a nearby factory run by Andrew Samuel Nico. Sales were so slow and disheartening for the new product that on one gloomy day, while contemplating a huge stack of unsold Jell-O boxes, Woodward offered Nico the whole business for $35. Nico refused.

The main problem was that consumers didn't understand the product or what they could do with it. And without consumer demand, merchants wouldn't stock it. Manufacturers of other products in the new packaged ingredient business, such as Arm & Hammer baking soda and Fleischmann's yeast, often bundled recipe books with their boxes. Woodward figured a usage guidebook might help create demand for Jell-O, too, but how to get them out there? Nobody was buying the boxes in the first place.

So in 1902 Woodward and his marketing chief, William E. Humelbaugh, tried something new. First, they crafted a three-inch ad to run in Ladies' Home Journal, at a cost of $336. Rather optimistically proclaiming Jell-O "America's Most Famous Dessert," the ad explained the appeal of the product: This new dessert "could be served with the simple addition of whipped cream or thin custard. If, however, you desire something very fancy, there are hundreds of delightful combinations that can be quickly prepared."

Then, to illustrate all those richly varied combinations, Genesee printed up tens of thousands of pamphlets with Jell-O recipes and gave them to its salesmen to distribute to homemakers for free.

This cleverly got around the salesmen's chief problem. As they traveled around the country in their buggies, they were prohibited from selling door-to-door in most towns without a costly traveling salesman's license. But the cookbooks were different—giving things away wasn't selling. They could knock on doors and just hand the woman of the house a free recipe book, no strings attached. Printing paper was cheap compared to making Jell-O. They couldn't afford to give out free samples of the product itself, so they did the next best thing: free information that could only be used if the consumer bought the product.

After blanketing a town with the booklets, the salesmen would then go to the local merchants and advise them that they were about to get a wave of consumers asking for a new product called Jell-O, which they would be wise to stock. The boxes of Jell-O in the back of the buggies finally started to move.

By 1904, the campaign had turned into a runaway success. Two years later Jell-O hit a million dollars in annual sales. The company introduced the "Jell-O Girl" in its ads, and the pamphlets grew into Jell-O "bestseller" recipe books. In some years Genesee printed as many as 15 million of the free books, and in the company's first twenty-five years it printed and distributed an estimated quarter billion free cookbooks door-to-door, across the country. Noted artists such as Norman Rockwell, Linn Ball, and Angus MacDonald contributed colored illustrations to the cookbooks. Jell-O had become a fixture in the American kitchen and a household name.

Thus was born one of the most powerful marketing tools of the twentieth century: giving away one thing to create demand for another. What Woodward understood was that "free" is a word with an extraordinary ability to reset consumer psychology, create new markets, break old ones, and make almost any product more attractive. He also figured out that "free" didn't mean profitless. It just meant that the route from product to revenue was indirect, something that would become enshrined in the retail playbook as the concept of a "loss leader." 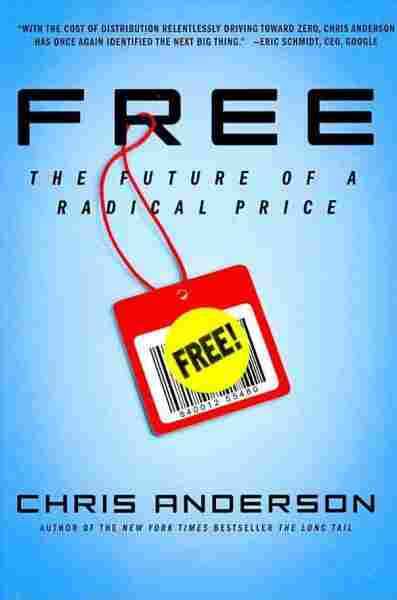 The Future of a Radical Price